Maybe His Dad’s A TEA Partier 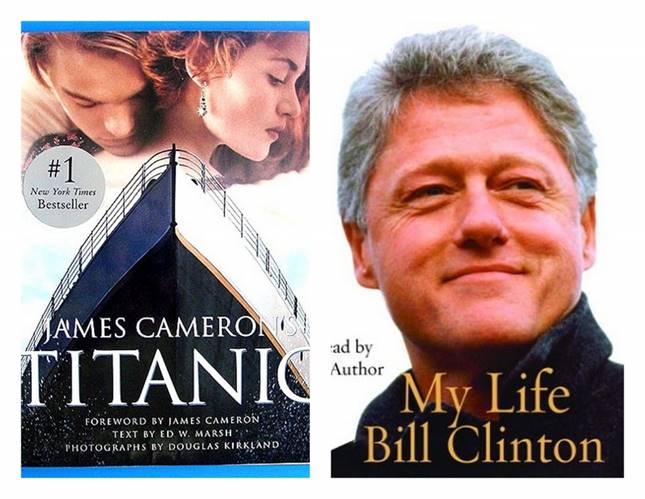 This week, students in Mr. Williams’ English class in the Forrest Gump School District were assigned to read two books, James Cameron’s “Titanic” and “My Life” by Bill Clinton.

One student turned in the following book report, with the proposition that they were nearly identical stories, and his teacher, gave him an A+ for this report.

Titanic:  Jack was a starving artist.
Clinton : Bill was a bullshit artist.

Titanic: In one scene, Jack enjoys a good cigar.
Clinton : Ditto for Bill

Titanic:  During the ordeal, Rose’s dress gets ruined.
Clinton : Ditto for Monica.

Titanic:  Rose got to keep her jewelry.
Clinton : Monica was forced to return her gifts.

Titanic:   Rose remembered Jack for the rest of her life.
Clinton : Clinton doesn’t remember anything.

Titanic:   Rose went down on a vessel full of seamen.
Clinton : Ditto for Monica

Titanic:  Jack surrendered to an icy death.
Clinton: Bill returned home to Hillary, which was basically the same thing.