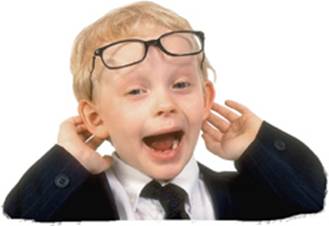 “Me, Greg” Hartmann was an attention-starved Hyde Park second-grader who was never chosen for anything important, no matter how much he sucked up to everybody at school. The reason everybody called him “Me, Greg,” was because he would always jump up and raise his hand and say, “Me, Me, Me!” But his teacher wouldn’t even let him clean the erasers. Class officers wouldn’t even support him for hall monitor. The principal wouldn’t sign his petition for safety patrol. And the coach wouldn’t even let him dress up in a gerbil suit to be the team mascot.

So the Seediest Kids of All (not affiliated with the Failed United Way) called Temporary Hamilton County GOP Party Boss George Vincent to arrange for an honor truly befitting “Me, Greg’s” talents and abilities, where he could appear as an example of what not to do at a so-called campaign school where losers were brought in to teach future candidates how to run unsuccessful campaigns. Shakedown lobbyists like Chippy Gerhardt and our Felonious Fund-raiser Dickie Weiland tried to get support from their sleazy lobbyist friends in Columbus, former philandering prosecutor Mike Allen offered his meaningless endorsement, Family Friendly Fascist Chris Finney advised “Me, Greg” to call his opponents an asshole, and Beloved Whistleblower Publisher Charles Foster Kane promised not to hold him up to public ridicule.

The Hartmann family is grateful to the Seediest Kids of All for helping “Me, Greg” reach his true potential, but it’s really you they have to thank, because it’s your liberal guilt giving and over-taxed payers’ dollars throughout the year which makes it all possible.