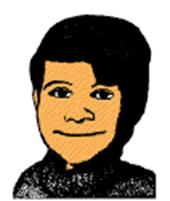 As early as 1999 in our Seediest Kids of All series, The Blower was telling you about Juanito Rameriz, a lonely little 9-year-old Latino lad who lived in squalor with his family in one of WESTCO’s dilapidated buildings in Lower Price Hill, and how he dreamed of one day meeting his hero Anthony Munoz. Juanito’s father Manuel labored on a P&G construction site. Juanito’s mother Maria worked as a maid in a Sharonville motel. Juanito’s sisters Carmalita, 12, and Conchita, 13, slaved long hours sorting lettuce for Senor Bob Castellini’s fancy Hyde Park soirees. But no matter how hard they all worked, they could never share The American Dream; because they were all illegal aliens, and they couldn’t keep up their extortion payments to the “coyotes” at the Illegal Aliens Association who gouged them for $2,000-per-peon smuggling fees, plus extra for living accommodations, plus more for forged Federal documents, and still more for job placements with local companies.

So the Seediest Kids of All sent the entire Rameriz family to see the caring folks at the Lower Price Hill Hispanic Outreach Center. You should’ve seen little Juanito smile when he heard he was going to meet his idol Anthony Munoz. Juanito’s mother Maria wept with joy when she heard Anthony Munoz would be giving them free furniture from Furniture Fair. But instead, they were taken to INS and immediately deported, so they could enjoy Christmas at home in Mexico where they really belonged. The entire Rameriz family was grateful to the Seediest Kids of All, but was really you they have to thank, because it’s your guilt throughout the year which made it all possible.