Because The 2016 Presidential Campaign Is Already Rolling 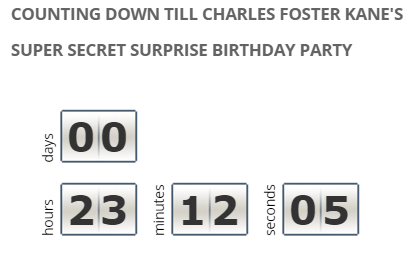 Tonight in The Whistleblower Newsroom, we’re checking all those countdown counters on the wall. It’s less than 24 more hours until Beloved Whistleblower Publisher Charles Foster Kane’s Super Secret Surprise Birthday Party, 26 days to the Iowa Caucuses, 34 days to the New Hampshire primary, 45 days to South Carolina’s primary, and 48 days to Nevada’s caucuses. Disingenuous DemocRATS debate again in 11 days, not that it matters, and The Republican Establishment is hoping against hope one of those loser single-digit 2016 President Candidates at the next GOP Debate in eight more days will somehow magically destroy front-running outsider candidate Donald Trump, since Hurley the Historian says History will remember 2015 as the year when The Republican Party As We Knew It was destroyed by The Donald. An entity called the GOP may possibly survive, but it will never be the same. 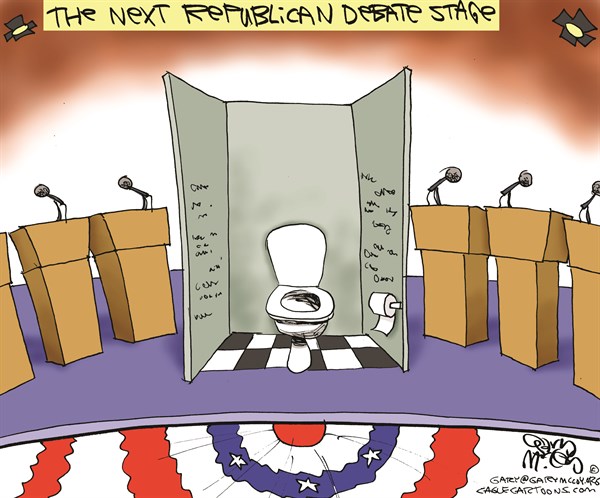 Because if any of those clueless Republicans think the likes of lackluster candidates like John Kasich, Chris Christie, or Jeb Bush would ever be able to embarrass The Donald off the stage in Charleston, South Carolina next week, maybe they should watch what happened when all those vile-and-disgusting comedians did their damnedest at Donald Trump’s Comedy Central Roast.  At least they might be able to pick up some memorable one liners for their opening statements.