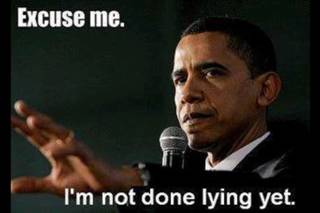 T’was the Day Before Obama’s Thankfully Last State of DisUnion Speech, and our Disingenuous DemocRATS were certainly making the most of it, trying to raise some campaign cash and trying to build an audience.

At 9:56 A.M., Michelle’s “Tonight is about you, Charles” paid for by The DemocRAT National Committee said:

Tonight, Charles, Barack gives his final State of the Union speech, where he’ll talk about his vision for this next year and beyond.

Everything we’ve accomplished along the way and everything we’re going to do moving forward is possible only because of the incredible support we’ve seen from people like you, Charles.

So I want to say thank you, from the bottom of my heart, for standing by our President’s side for the past seven years. And I want to make sure you’ll be tuning in tonight at 9:00 p.m. ET, so you can hear for yourself, one last time, what Barack has to say about how, together, we can keep moving our country forward:

Thanks for standing with us, Charles. Now, let’s finish what we started — together.

Tonight’s State of the Union is a reminder of what’s at stake in this election.

If you want a president who’s going to build on the progress that President Obama and all of us have made, join me in contributing today to help elect Hillary:

Can’t wait until President Obama heads to the podium tonight? We can’t either. 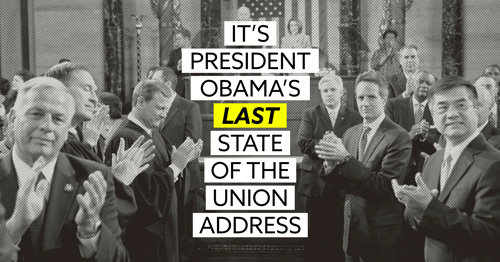 News just broke that he’s going to give a “non-traditional” State of the Union unlike any other that’s been given in modern history.

It’s sure to be inspiring!

Before he shares vision for the country, we hope you’ll take our four question survey. Let us know what you loved about the Obama Presidency — and your priorities moving forward. 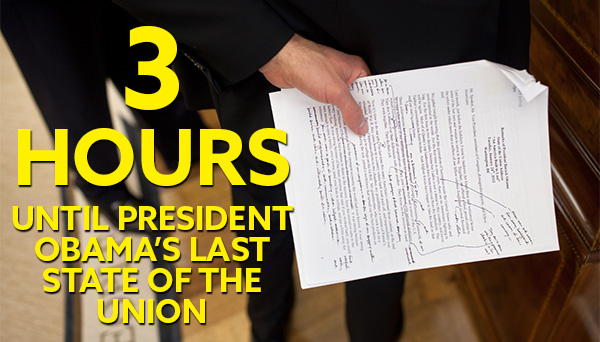 In 4 hours, President Obama will deliver his very last State of the Union. It’s sure to be one for the history books!

This is a chance to celebrate all that we have accomplished — and recommit ourselves to moving the country forward in the years to come.

But first, we want to know your priorities moving forward!

Will you take our 4-Question Survey and share your priorities before the State of the Union?

President Obama has spent the last seven years working to ensure that our country works for all Americans — and you’ve been with him every step of the way.

We need your support to preserve the President’s legacy. That’s why we’re asking for your input.

No one’s tougher. No one’s smarter. No one has a better command of the issues. And, from personal experience, no one’s more fun to throw back a cocktail with.

You know that she’s going to make one hell of a president. But the polls are tight in both Iowa and New Hampshire, and she won’t win them without our help. Chip in $1 today and help make sure we put the best candidate into the White House.

If you’ve paid attention to literally any part of Hillary’s career, you know that there are some nasty people out there who are determined to see her fail. Her political opponents know what an effective leader she is, and that’s why they’ve tried to drag her down for years and years.

I don’t know anyone else who could have stood up to that kind of opposition for as long as she has, while continuing to fight for all the things she cares about — and that’s why I couldn’t be prouder to support her. Our country needs a tough president, and no one’s tougher than Hillary.

Chip in $1, and let’s elect our friend Hillary Clinton as the 45th President of the United States:

President Obama is about to deliver his final State of the Union address. Our whole country should feel proud of the progress we’ve made in the past seven years. The question now is whether that progress will continue in 2017, or whether one of the Republicans will win the presidency and rip away everything we’ve worked for.

I’m going to do everything I can to make sure that doesn’t happen. Are you with me? Chip in $1 right now, and let’s keep our country moving forward:

It’s really hard to believe there are people out there stupid enough to fall for this crap. But it must work, or they wouldn’t keep doing it.

And at the same time, Our Retarded Republicans were trying to sell these stickers to people on their suckers list. 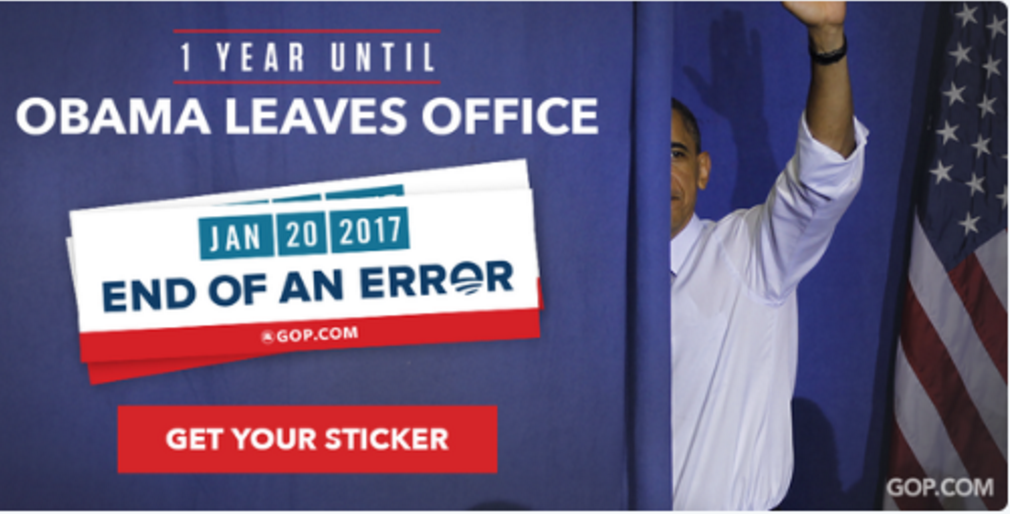 But at the same time, Donald Trump was getting what he wanted, mining the media for more FREE air time. Let’s all watch.