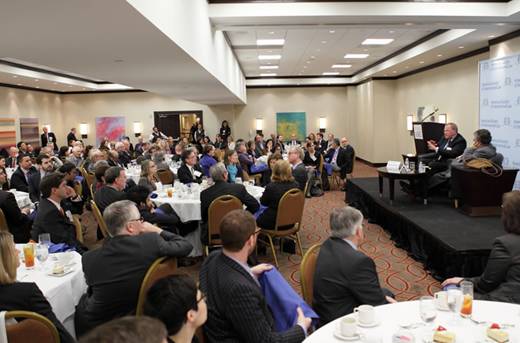 Noted Whistleblower Legal Observer Amicus Curiae just returned from lecturing at a Continuing Legal Education Seminar where all those local lawyers were still scratching their heads after hearing about the announcement in The Fishwrap about that out-of-court payoff to Samuel DuBose’s “family” to settle that threatened wrongful death lawsuit for a mere $5 Million on Martin Luther King Day.

Coincidence?
We Think not.

“As you might imagine, all those loquacious lawyers were eager to offer their opinions,” Amicus explained.

Some of the comments included:

There’s no win in addressing the settlement or demonizing the children.  It was definitely a bad shooting by Tensing. DuBose should never have been injured or killed by the police under those circumstances.

The children deserve a settlement from UC.  The amount is in line with other recent settlements around the country, though others were $6,000,000 and higher.

This was all about greed and fear. Greed on the part of self-promoting lawyers and family members who did nothing to deserve an enormous windfall. Fear on the part of UC about what would happen on the streets of they didn’t cave. You want real civil rights heroes who should have a plaque somewhere? Look at Marian and Donald Spencer.

I’m cynical about the whole thing. It’s clearly excessive and unreasonable force. Dubose should still be alive. But he was a drift-along with no work record and a long police record. The idea that the economic value of his life would be more than a solid citizen is laughable, and that his family would ring the cash register for millions is astonishing. A memorial on campus? The height of PC run amok. Announcing it today doesn’t make it a civil rights issue, either. He wasn’t and isn’t a civil rights hero.

The on–campus memorial will be a statue next to Oscar Robertson’s. It will be of DuBose holding a front license plate.

Any student showing up at UC without a front license plate gets a parking pass and free tuition. This offer is valid only on MLK Day, however and with certain ethnic restrictions.

Look for some more DuBose baby mommas to come out of the wood work with DNA tests.

Let me see if I have this correct: A drug dealer flees police. He is shot and killed as part of that escape by the cop he dragged. His 12 illegitimate kids get millions and free education from UC. I have a dream, no make that a nightmare. Look for tuition to go up at UC to pay for this and the FOUR new “security VP’s.”

Gosh, Sam DuBose provided for his 12 illegitimate children after all with scholarships and $4.85 million. That is $400,000 per kid.  Who says drug dealing doesn’t pay off? Now to name these scholarships; how about the Dumb, Dumber and Dumbest Extortion Grants. MLK has another Dream today.

Bet UC never has to pay $500,000 to send DuBose’s 12 illegitimate kids to college because half will be in trouble and college is free in jail!  Great comments on line on the cincinnati.com site: 1. Use the $5 mill to send the 12 to military school. 2. Make sure his mamma and daddy don’t get no monies for alcohol and lottery tickets. 3. If it wasn’t about money (which his family said) why are they taking it?

U.C. has completed the job of stabbing its police officer in the back. It just paid the so-called DuBose “family” $5 million hush money to prevent a blackmail spurious lawsuit.  If UC were a safe place for UC students, why did UC hire all those UC cops, and get permission from Cincinnati Police Department for UC police officers to exercise police powers off the UC campus where they had no jurisdiction? Because Clifton is unsafe with all those law-breaking brothers on the loose. So the UC cops issued parking tickets, speeding tickets, driving without a license tickets, driving without current or any license plates on their cars, and driving while black if any other the first named offenses didn’t work, just to keep those precious little Bearcats and Bearkittens a little safer. Then when one of the brothers who fathered 12 kids (as far as we currently know) by multiple “wives,” none of which he bothered to marry, and doesn’t really know how many relatives he had or what their names might be, decided he didn’t need to obey a lawful order of a police officer, and started to drive away from the cop after stopped, UC disclaims any responsibility, and throws its cop under the bus and professes total surprise such a tragedy could occur.

Not since Baltimore paid off Freddy Gray’s family has a comparable blackmail settlement been made. Although it could be said that Obama and Kerry have gone big time in paying off the Iran Mullahs $100 billion for 4 of the 8 hostages they have been holding for years, and then announced this result was due to the great diplomacy of the Administration and then pat themselves on the back for not making a worse deal. At least Santa Ono just said UC gave away the store and didn’t claim it could have been a worse deal.

“And was there any consensus after all that discussion?” somebody asked.