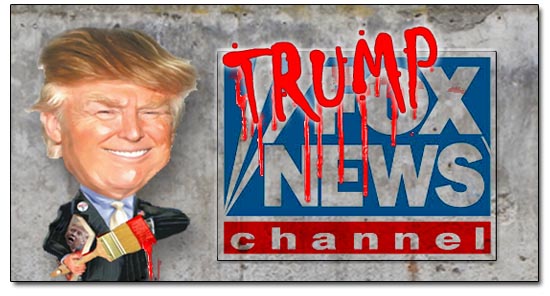 This afternoon in Whistleblower Newswire newsroom, everybody was wondering about the headlines we might be using for our first few e-ditions tomorrow. “But wouldn’t you have to know what the big political story was going to be?” asked one of the interns.

“We’re going to go out on a limb,” explained Beloved Whistleblower Publisher Charles Foster Kane, “but I think we could safely predict the biggest political story tomorrow morning might have something to do with Donald Trump’s boycott of the Fox News/Google debate tomorrow night.”

Every member of the news media is asking if Trump’s bluffing. Loser rival candidates even believe Trump will show up.

“I’ve got a $20 bet he shows up,” JEB BUSH said during a town hall in Des Moines Wednesday afternoon.

“I wouldn’t be surprised if he did show up,” BEN CARSON said at a Bloomberg Politics breakfast.

Any moment these losers might be asking whether the whole episode could turn out to be a spotlight-grabbing bluff. Well, Duh!

I’ll be interesting to see where we’ll all be able to see the Republican Presidential Campaign Frontrunner on TV at the same time at 9PM the Deadbeat Debate in Des Moines is going on. The mind boggles at the possibilities.

But tonight, The Blower wonders just how YUGE the audience would be if Comedy Central rebroadcast the Donald Trump Celebrity Roast. If they don’t, at least we could all watch the YouTube Video right here.