They’re Getting Raucous For The Caucus

HAWKEYE BUREAU CHIEF JAN MICHELSON says with only three more days until Iowa’s first in the nation caucuses, everybody’s wondering when Hillary will get to do her handcuffs, especially after the election eve news about all those e-mails Hillary wasn’t supposed to have are not “too damaging to release. Michelson will of course be predicting the winners of the Iowa Caucuses on Monday before the caucuses begin.

IN COLUMBUS, BUCKEYE BUREAU CHIEF GERRY MANDERS has been seeing a lot of stories about how Ohio Governor John Kasich (scoring a whopping 1.54% on Drudge’s Presidential Preference Poll), may be campaigning in Iowa, but his focus is really in New Hampshire. It sure in hell isn’t in Ohio these days. The Blower wonders what Pollster Ron Rasmussen found out when he asked voters how they feel about politicians who hold onto one job while seeking another.

HURLEY THE HISTORIAN says on this day in 1834, Andrew Jackson became the first president to use federal troops against his own people, and many people are wondering how long it will be before Obama does the same thing.

Maybe that’s why our Quote for Today Committee chose Old Hickory’s “One man with courage makes a majority.”

OHIO SECOND DISTRICT PODIATRIST/ CONGRESSMAN “BRONZE STAR BRAD” WENSTRUP will be a non-endorsement vote in Clermont County even before facing an opponent in the Republican Primary Election on March 15, beating one of the three Determined DemocRATS now running in the DemocRAT Primary for the honor of being crushed in the November Election.

UNOPPOSED REPUBLICAN STEVE CHABOTHEAD can hardly wait to hear who the three people are running in the Dumbed-Down DemocRAT Primary competing for the honor losing to our Ohio First District Congressman in the fall.

And will it really be standing room only at CINCINNATI EAST TEA PARTY’S CANDIDATE FORUM Monday night at the Oakley Community Center? Wait till you hear which candidates are scheduled to show up for that. 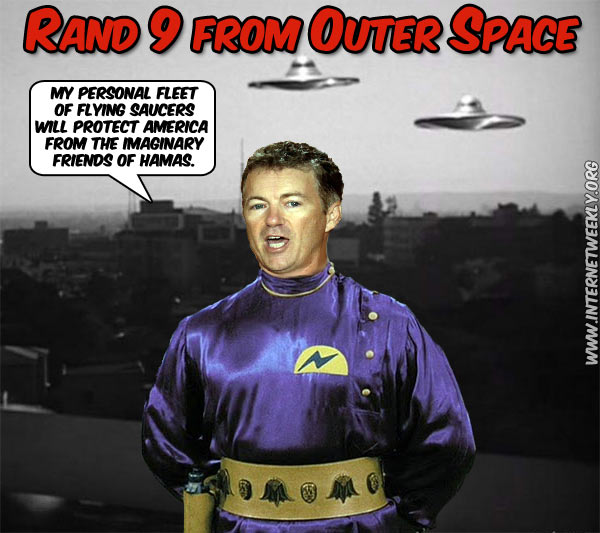 BLUEGRASS BUREAU CHIEF KEN CAMBOO says after he drops out of the 2016 Presidential Campaign, he’ll have to fight off Jim Gary, the Disingenuous DemocRAT Mayor of Lexington, Kentucky, for the U.S Senate seat.

FINALLY, Political Insiders at yesterday’s meeting of the Conservative Agenda were asking Beloved Whistleblower Publisher Charles Foster Kane how much things had changed since the good old days when he was doing advance work for the Reagan campaign. “You can hardly imagine the changes in technology since the days The Gipper was first running for President,” Kane explained. “The most important thing the media advance team had to remember when Candidate Reagan landed for that big rally we’d spent a week arranging in Sioux City, Iowa, was to be sure we had a pocket full of quarters to give big-name network TV reporters like Bill Plante and Sam Donaldson when they dashed off the press plane to make their calls from pay phones in the airport terminal lobby.”