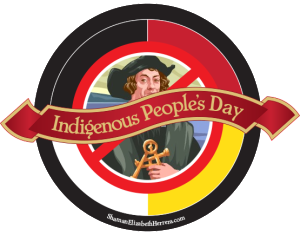 Yesterday, in our Official “Columbus Day” E-dition, The Blower reminded everybody how the Seattle City Council voted unanimously to celebrate “Indigenous Peoples’ Day” on the same day as the federally recognized holiday Columbus Day to pander to the American Indians in Seattle. BTW, the word “Indigenous” means “Native.”

The changes build on recent efforts to shift the day’s focus from the Italian explorer, beginning in big cities including Seattle, Minneapolis and Albuquerque, and spreading to counties and school districts.

This year, the state of Vermont and the cities of Denver and Phoenix joined the growing list of places pandering to Native Americans on the federal holiday named for Christopher Columbus. Since Columbus Day 2015, at least 14 communities in the United States have passed measures designating the second Monday in October Indigenous Peoples’ Day. 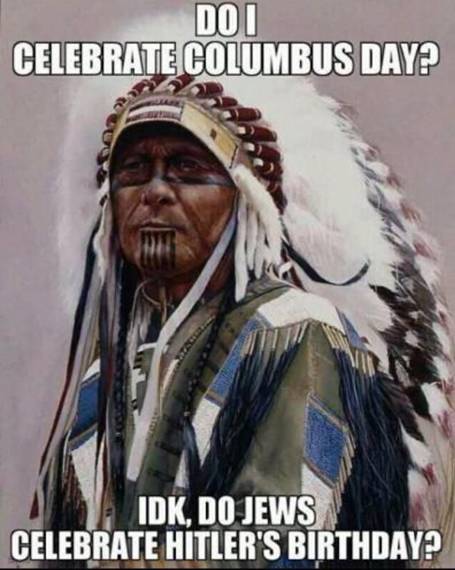 of cultural exchange between America and Europe, commemorates an iconic explorer and honors Italian-Americans, a group that has endured its own share of discrimination.

In Cincinnati, Sharon Coolidge (D., Fishwrap) quoted wannabe mayor Yvette Simpson as follows:  “The work is not done,” said Simpson after the vote. She added she was left with no choice but to think mayoral politics played a role in the defeat of her Motion to Pander.  “What else could it be?” Yvette said.”

Conservative Curmudgeon Stu Mahlin has the simple answer:  As representatives of the electorate, not just political grandstanders, those who refused to vote are finally beginning to sense that the electorate is sick and tired of social engineering and revisionist histories, and that attempts by meddling minorities to rule the rest of us is damn well not what America’s Constitutional Republic is about.

In Anderson, American Indian Activists have long ago given up trying to change the name of the Anderson Redskins, but are now demanding the name of the Turpin High School Spartans be changed for the sake of diversity, or something.

Meanwhile, God only knows what plans these PC Fanatics have in store to divide Americans in Indiana or Columbus, Ohio for that matter.