Edition #73 (published on October 22, 1991) of the original printed edition of The Whistleblower (not the Newswire) was delivered to Persons of Consequence all over town. It was our “It It Weren’t For Leaks, We Wouldn’t Have Any News” Edition, and our REALLY BIG STORY was all about Sandy Beckwith’s turn before the Senate Judiciary Committee. Our TOP TEN LIST listed the top ten reasons Ray Combs opened a comedy club in Downtown Cincinnati . And will wonders never cease, our REMEDIAL MATH story told all about how Enquirer staffer Patricia Lopez Baden had finally reported that the 9.83 mil school reform was actually a 38% tax increase, a mere six weeks after that fact had become known in The Whistleblower. 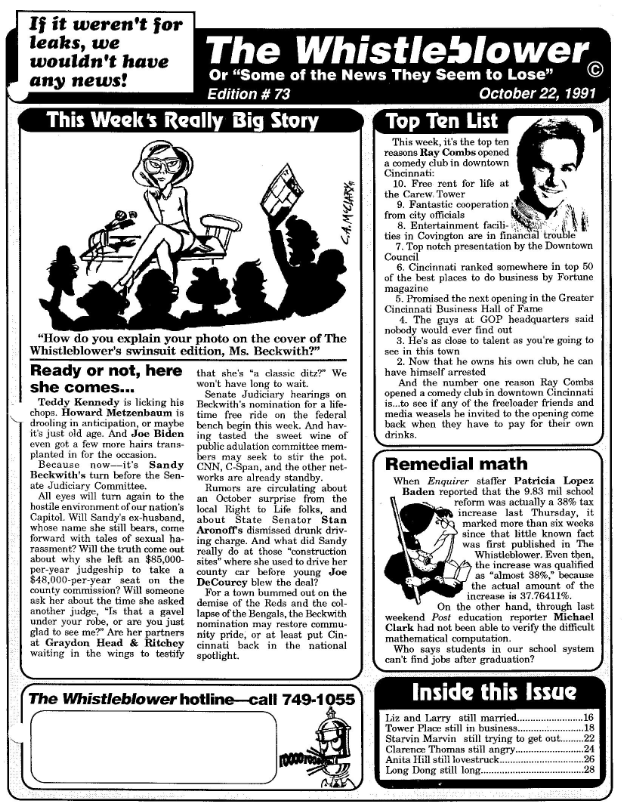 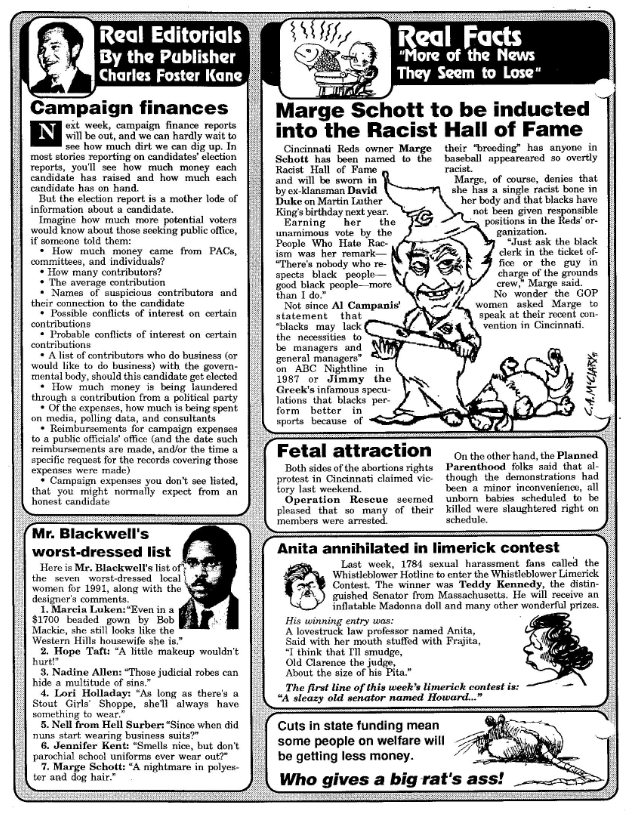 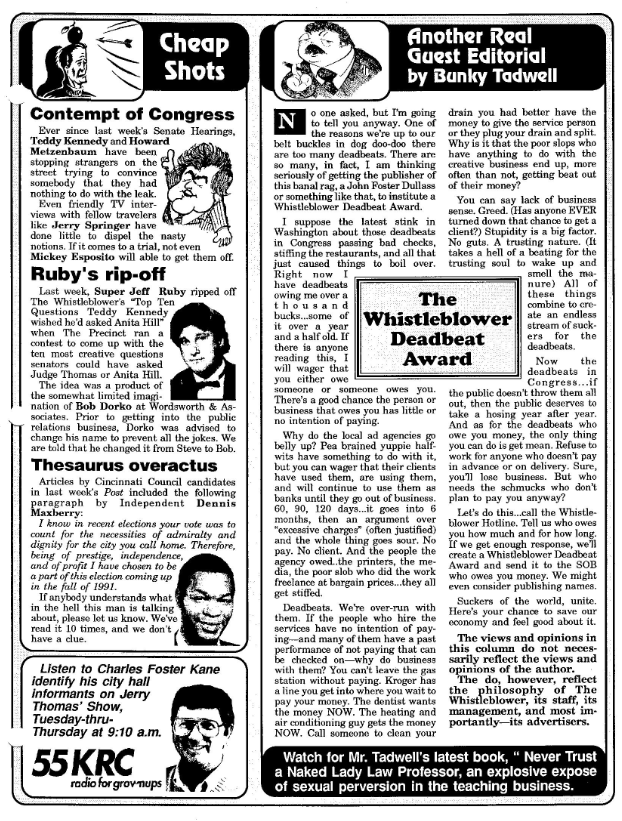 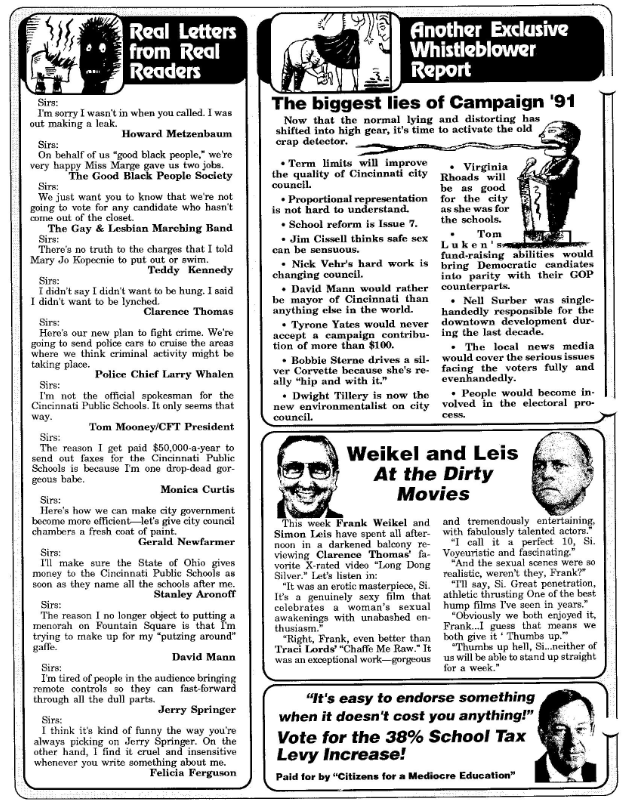 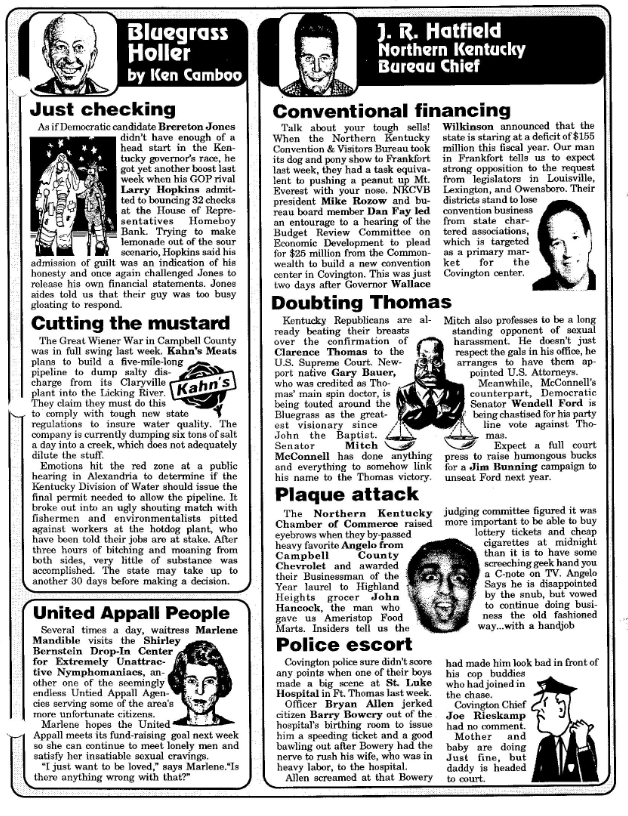 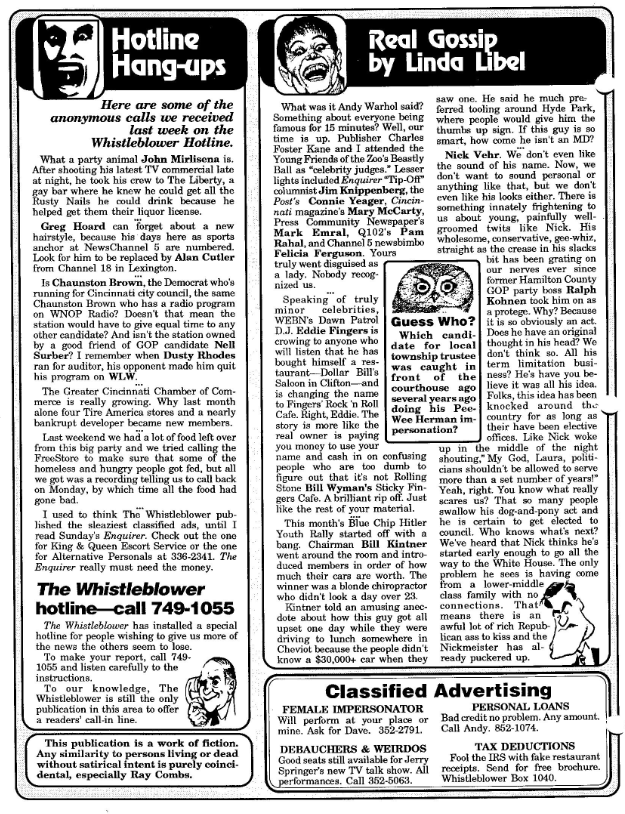