THURSDAY, OCTOBER 6, 2016
And We Hope The Trump Campaign Is Getting Ready Too 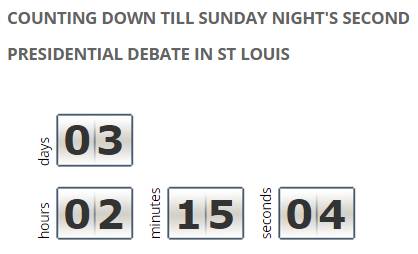 The Counter at the lower right hand corner of the Whistleblower Newswire Web Page continues to click off the days, hours, minutes, and seconds until Sunday’s Second Presidential Debate, and the media keeps asking Donald Trump how he’s preparing for Sunday’s Shootout In St. Louis.

That’s why the Trump Campaign is asking The Whistleblower’s Persons of Consequence to take the TRUMP SECOND DEBATE PREPARATION SURVEY, and advise which of those issues Donald Trump should address on the debate stage, even if those biased immoderators fail to bring them up. (Illegal immigration, Second Amendment rights, Fair trade, Radical Islamic terrorism, Cutting taxes, Reducing $19-trillion debt, Job creation, Energy independence, Proper veteran care, Social security/entitlements, ObamaCare, Protecting the life of the unborn, and School choice).

Actually, The Blower hopes The Trumpster just forgets all that crap and blasts Hillary and her Media Co Conspirator Accomplices every chance he gets. 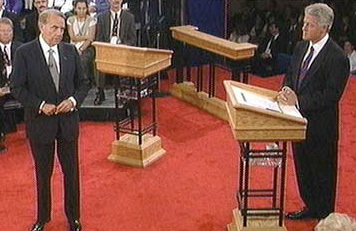 HURLEY THE HISTORIAN remembers on this day in 1996, Deviant DemocRAT President Bill Clinton faced his Republican challenger, Senator Bob Dole from Kansas, in their first debate of that year’s presidential campaign. One of the things Bob forgot to mention was all those blow jobs our Pants-Dropper-in-Chief was getting in the Oval Office from Monica Lewinsky at the time. Donald Trump says he might not bring up the blow jobs again at Sunday’s second Presidential Debate with Crooked Hillary.

THAT’S WHY OUR QUOTE FOR TODAY COMMITTEE chooses Slick Willie’s big lie “I did not have sexual relations with that woman” every chance they get.

BUCKEYE BUREAU CHIEF GERRY MANDERS says Slick Willie’s bus got a flat tire travelling across Ohio yesterday. And if you think that’s an omen, a message reading “Bill Clinton Rapes” appeared on Ohio University’s free speech wall a few hours before our former Pants Dropper In Chief’s speech on the campus, but was painted over shortly before the event began.

And if you think those two events were ominous, Hoosier Daddy says that parade float depicting Hillary in an electric chair with Donald Trump throwing the switch sparked a bit of a controversy at the Aurora Farmers Fair on Sunday. Is this not turning out to be a great election or what? 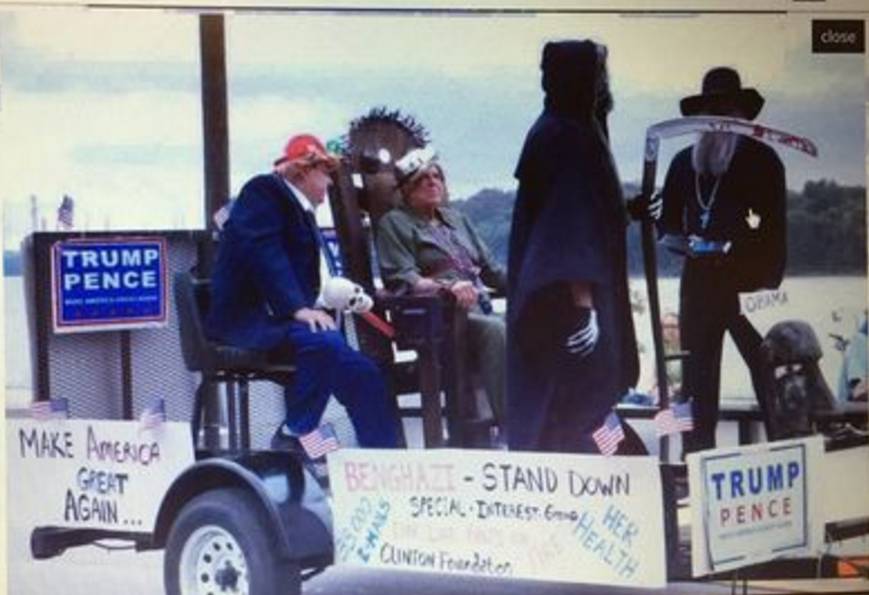 IN NORTHERN KENTUCKY: Bluegrass Bureau Chief Ken Camboo says Republican Governor Matt Bevin urged a group of preachers to embrace political speech at the pulpit despite a federal law that prohibits tax-exempt churches from endorsing political candidates. Bevin called the federal law a “paper tiger” during an address to a group of preachers at the governor’s mansion last month. “There is no reason to fear it; there is no reason to be silent,” the governor told the group. “And that we have been exhorted and encouraged to have this boldness and this spirit, to be unapologetic, and I would encourage you to do it.” 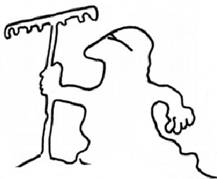 MEANWHILE, OUR MUCKRAKER is following up on that item in The Blower’s “Monday Message” E-dition about that Tri-State congressman who just paid $1.01 million for a two-story townhouse three blocks from his DC office. And wouldn’t you know it, Investigative Reporter Jim McNair (who used to be at the Kentucky Center for Investigative Reporting and is now turning over rocks at CityBeat) already had that story.  The Blower now wonders what our Affluent Congressman plans to do with those black walls in the master bedroom. 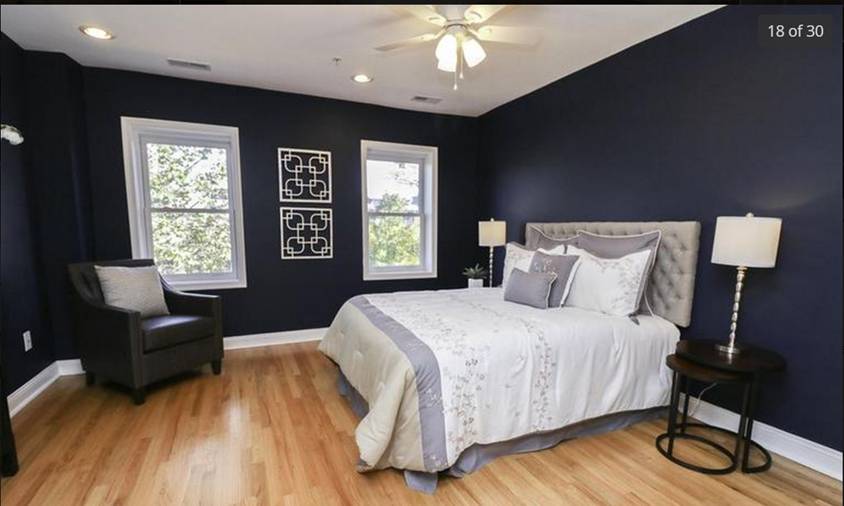 FINALLY,did The Blower cover Ivanka Trump’s visit to the Kenwood Trump Victory Center this afternoon? You bet! As the official publication on the Conservative Agenda, our readers expect nothing less. But The Blower wants to know is…was Jim Berns (the guy in the red hat) able to convince Ivanka to join him waving at cars in Northside later this afternoon? 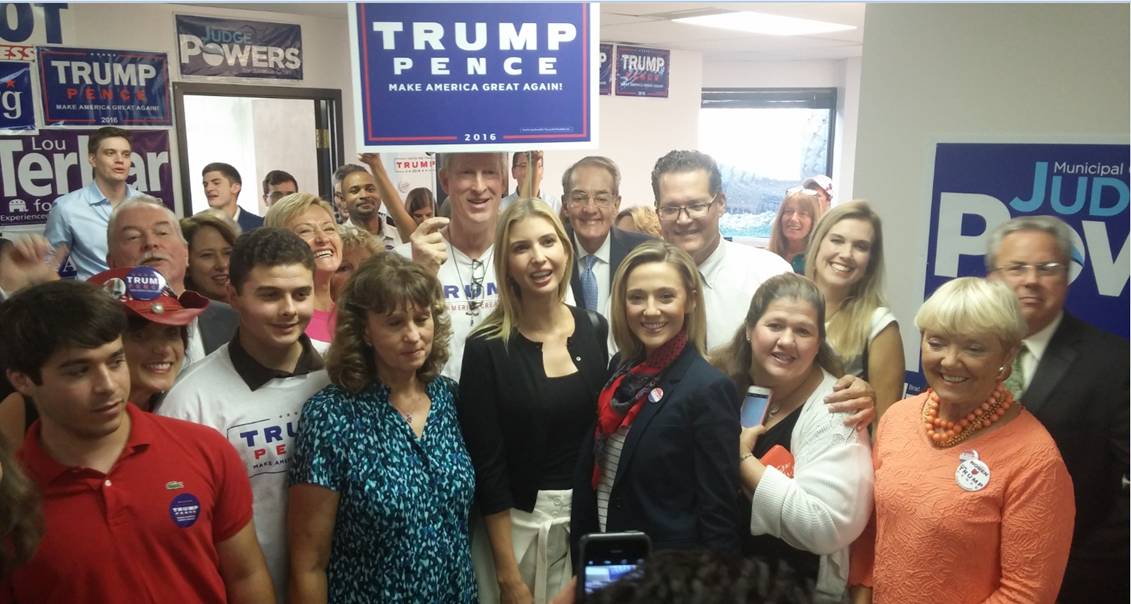