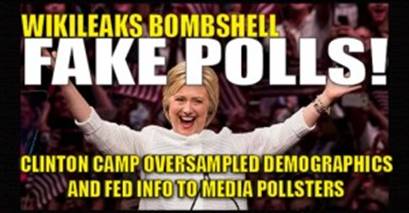 Last night’s Weekend Wrap-up in The Blower featured a WikiLeaks Update, where Breitbart had said earlier on Sunday that ABC/WaPo announced a new “media daily tracking poll,” a collaboration with Langer Research and Associates, a progressively minded strategic partner.

The combination of those two events provided an excellent opportunity to show and discuss how ‘media polling’ had been constructed to sell an approved (and intentional) storyline; a narrative that was 100% not true.

Media polling is designed to provide the media entity (the TV Network or Publication) with a tool to sell their ideological bias. 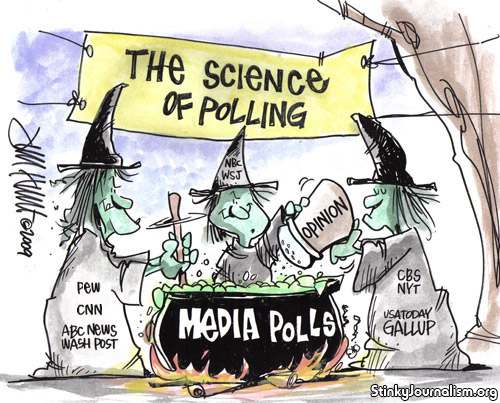 Now let’s have some fun with a couple of other polls we saw today that show More Americans want Hillary in Prison than in the White House.

Of 1,000 voters polled by Rasmussen Reports on October 18 and 19; 65% believe that Hillary broke the law with her use of a private server — and 53% believe that the FBI should have filed criminal charges.

Meanwhile, according to Sunday’s daily IBD/TIPP tracking poll, only 43% of voters support Hillary for president.

That means more Americans want Hillary in Prison (53%) than in the White House (43%).

And how can you doubt that? The Poll Troll told you so. 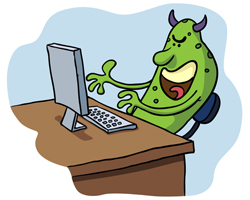