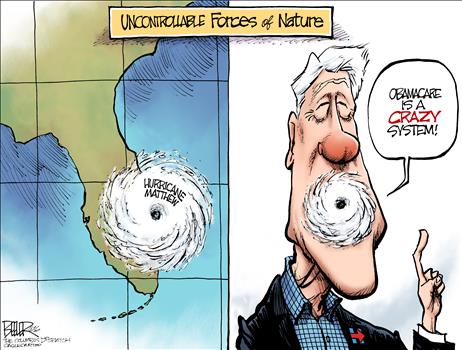 Florida Gov. Rick Scott says he will not extend the deadline for voter registration in the state despite concerns over the impact of Hurricane Matthew. The Republican governor told reporters Thursday he doesn’t “intend to make changes,” saying “people have had time to register.” Hillary Clinton’s campaign earlier Thursday had called on Florida officials to extend the state’s Tuesday voter registration deadline because of Hurricane Matthew’s potential disruption of late sign-ups. Governor Scott has been behind several voter suppression efforts in the past, so he could have been expected to welcome an assist from nature. The Hurricane could be especially damaging to the Clinton campaign because most of the Democrat leaning counties in Florida are on the Atlantic coast where the storm is having the most effect. Even after it passes, getting out to vote on election day is likely to be the furthest thing from residents’ minds as they try to get back to normal. 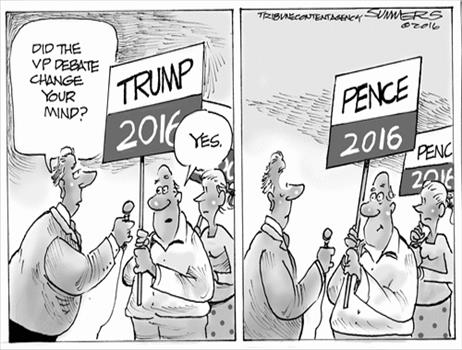 BAD NEWS FOR TRUMP
30 former Republican Members of Congress have come out against Trump and have all signed a letter to that effect. Some have previously denounced him The letter didn’t endorse anyone, leaving that up to the reader.

TRUMP REVEALS SECRET PLAN TO DEFEAT ISIS
During the VP debate, the Trump Campaign website put out a press release of The Donald’s “secret plan” to defeat ISIS and make America safe again, even though he had earlier ridiculed Hillary for disclosing her plan. He had said that his plan was secret because he didn’t want to tip off the enemy like Hillary had done. Now that the enemy has been tipped off, we can tell everyone that The Donald’s 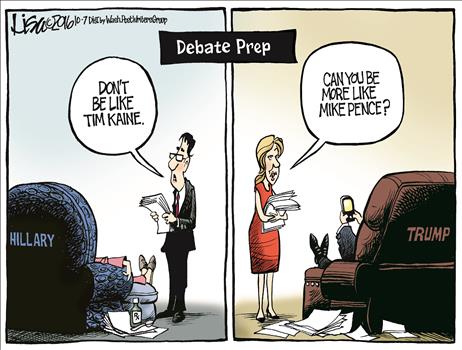 plan is exactly the same as Obama’s plan and Hillary’s plan. But of course, Trump’s plan is just tremendous and best plan ever.

CRUZ’S DEBATE QUESTION
No, not that Cruz, – a little girl named Sophie Cruz. She may get to ask the question, “If you deport my parents, what happens to me? I am 6 years old and an American citizen. I have a 3 year old sister who is also an American. My heart is very sad, because I’m scared that ICE is going to deport my undocumented mommy and daddy,” reads the text of Cruz’s question as posted on the Open Debate Coalition website. Of course, by publishing this, it ruins the surprise factor and the candidates have a couple of days to come up with a politically acceptable answer. 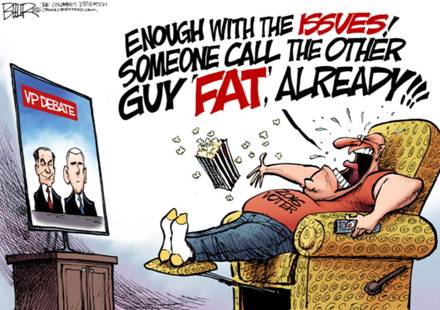 OBAMA’S RISING APPROVAL MATCHES REAGAN’S: A new CNN poll finds finds that President Obama’s approval rating has hit 55 percent, the highest approval he’s earned during his second term. Note this: In a further measure of the education rift among whites that’s been highlighted by this year’s presidential race, 55% of whites with college degrees say they approve of Obama’s work as president vs. just 44% of whites who do not have degrees. Obama’s approval rating is well above President George W. Bush’s numbers at this point in his term in office, and about on par with Ronald Reagan’s numbers at this time in 1988. He is just a hair behind Bill Clinton’s 58% measure in October 2000. Barry Obungler’s approval is on par with that of Saint Ronald Reagan? Unpossible.

TODAY’S STATE POLLS
The most interesting of these polls are the ones from Arizona, which show a very close race. Few other states are more solidly Republican than Arizona, the home of Barry G. and John McCain. The state has gone to a Democrat candidate only once since Truman Defeated Dewey. That was in 1996, and the winner that year was Clinton. The Donald was campaigning in Arizona only a few days ago, so his campaign managers must be worried about it. 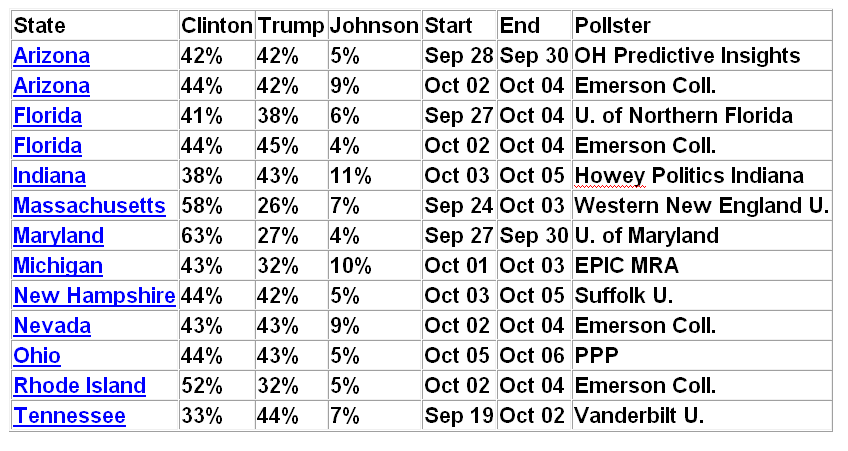