Perhaps A Whistleblower Review Is In Order 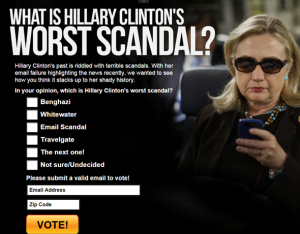 Hurley the Historian says when Bill Clinton was president, he allowed Hillary to assume authority over a health care reform.  Even after threats and intimidation, she couldn’t even get a vote in a democratic controlled Congress.  This fiasco cost the American taxpayers about $13 million in cost for studies, promotion, and other efforts.

Then President Clinton gave Hillary authority over selecting a female Attorney General.  Her first two selections were Zoe Baird and Kimba Wood – both were forced to withdraw their names from consideration.  Next she chose Janet Reno – husband Bill described her selection as “my 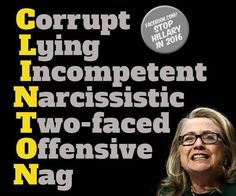 worst mistake.”  Some may not remember that Reno made the decision to gas David Koresh and the Branch Davidian religious sect in Waco, Texas resulting in dozens of deaths of women and children.

Husband Bill allowed Hillary to make recommendations for the head of the Civil Rights Commission.  Lani Guanier was her selection. When a little probing led to the discovered of Ms. Guanier’s radical views, her name had to be withdrawn from consideration.

Many younger votes will have no knowledge of 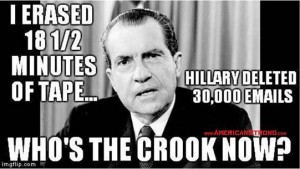 “Travelgate.”  Hillary wanted to award unfettered travel contracts to Clinton friend Harry Thompson – and the White House Travel Office refused to comply.  She managed to have them reported to the FBI and fired.  This ruined their reputations, cost them their jobs, and caused a thirty-six month investigation. Only one employee, Billy Dale was charged with a crime, and that of the enormous crime of mixing personal and White House funds. A jury acquitted him of any crime in less than two hours.

Still not convinced of her ineptness, Hillary was allowed to recommend a close Clinton friend, Craig 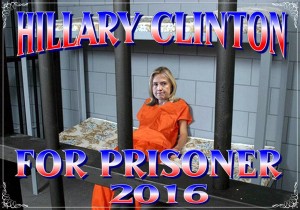 Livingstone, for the position of Director of White House security. When Livingstone was investigated for the improper access of about 900 FBI files of Clinton enemies (Filegate) and the widespread use of drugs by White House staff, suddenly Hillary and the president denied even knowing Livingstone, and of course, denied knowledge of drug use in the White House.  Following this debacle, the FBI closed its White House Liaison Office after more than thirty years of service to seven presidents.

Next, when women started coming forward with allegations of sexual harassment and rape by Bill Clinton, Hillary was put in charge of the “bimbo eruption” and scandal defense.  Some of her more notable decisions in the debacle was:    She urged her husband not to settle the Paula Jones lawsuit.  After the Starr investigation they settled with Ms. Jones. 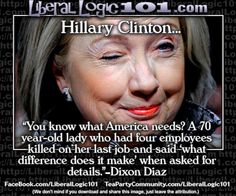 She refused to release the Whitewater documents, which led to the appointment of Ken Starr as Special Prosecutor. After $80 million dollars of taxpayer money was spent, Starr’s investigation led to Monica Lewinsky, which led to Bill lying about and later admitting his affairs.    Hillary’s devious game plan resulted in Bill losing his license to practice law for ‘lying under oath’ to a grand jury and then his subsequent impeachment by the House of Representatives.    Hillary avoided indictment for perjury and obstruction of justice during the Starr investigation by repeating, “I do not recall,” “I have no recollection,” and “I don’t know” a total of 56 times while under oath.

After leaving the White House, Hillary was forced to return an estimated $200,000 in White House furniture, china, and artwork that she had stolen.    What a swell party – ready for another four or eight year of this type low-life mess?

Now we are exposed to the destruction of possibly incriminating emails while Hillary was Secretary of State and the “pay to play” schemes of the Clinton Foundation – we have no idea what shoe will fall next.  But to her loyal fans – “what difference does it make?”

These days, we’re still witnessing the total corruption of Obama’s Justice Department after FBI Director James Comey recommended against charges for Hillary for her use of a private email server while she was secretary of state.

Maybe that’s why Donald Trump is demanding that Obama not pardon Hillary if she’s indicted in the e-mail scandal.  “[H]ere is the demand I am making today to President Obama,” Trump said in front of an energetic crowd at a rally in Michigan. “Will you pledge, here and now, not to issue a pardon to Hillary Clinton and her co-conspirators for their many crimes against our country and society itself?”

That’s why Trump says on November 8, Voters should indict Hillary at the ballot box.

No wonder our Quote for Today Committee chose George Santayana’s “Those who do not remember the past are condemned to repeat it.”