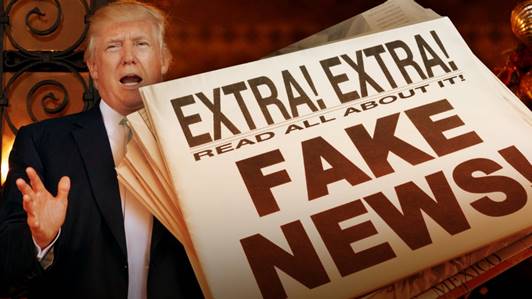 Outlets like CNN, MSNBC, The New York Times, and The Washington Post have published THOUSANDS of stories alleging conspiracy theories that were proven to be completely FALSE. 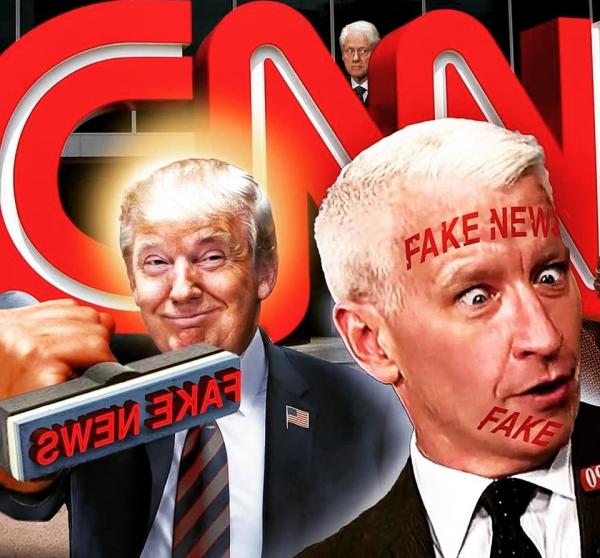 They let liars like Adam Schiff, Maxine Waters, John Brennan, James Comey, and Eric Swalwell use their airwaves to lie to the American people. We must hold them accountable.

The mainstream media has lost ALL credibility. They have proven time and time again that they care only about smearing President Trump instead of reporting the facts. 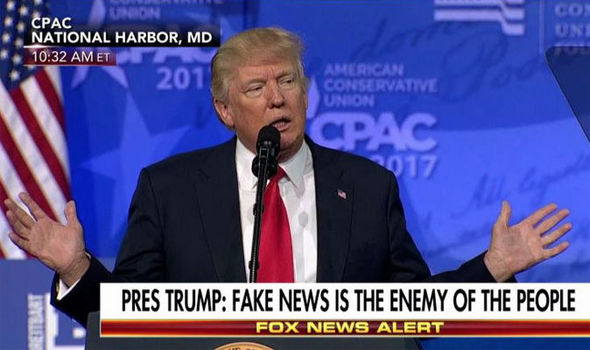 So now Team Trump 2020 wants supporters to select the FINAL FAKE NEWS FOUR by voting for the FOUR FAKEST MEDIA OUTLETS that helped promote the Nasty Witch Hunt” before 11:59 PM tonight to have your response counted in the Official Tally. (CLICK HERE) 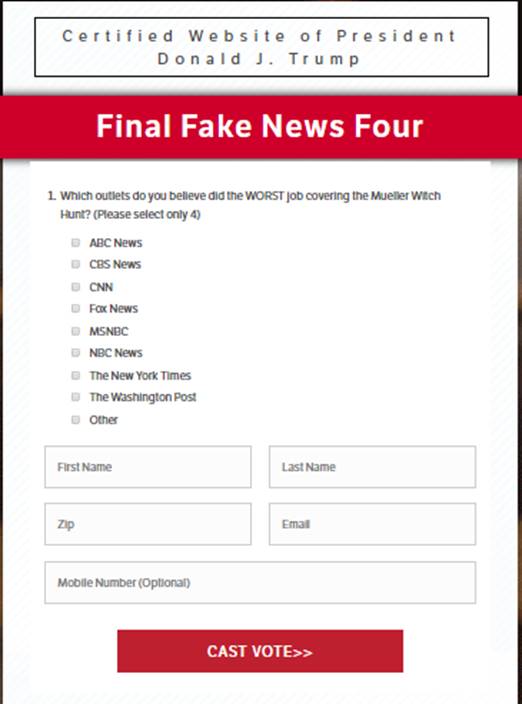 And You’ll Never Guess What Happens After You Cast Your Vote Tonight! 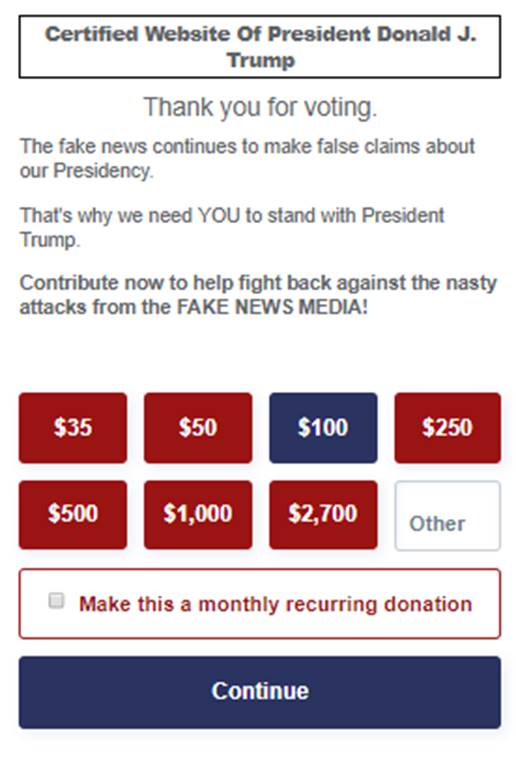