Taxes: The Gift You Keep on Giving 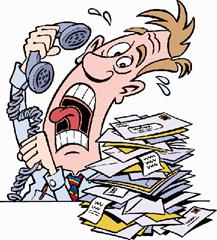 This week, everybody who thinks Congressmen would quickly simplify the tax code if their elections were held on Tax Day, e-mailed his entry to the Whistleblower Limerick Contest. The winner is noted CPA Irving Foongman, the constipated public accountant from Florence who always gets so backed up this time of year, he has to work it out with a pencil. Irv’s entry was a little late, which was OK, since he attached an automatic extension form.

Irv wins a handy list of tax-cheating tips, a “THE+IRS Spells THEIRS” T-shirt, a stack of extension forms for clients who haven’t yet begun looking for their W-2s, and a big bottle of Jack Daniels for when he finally remembers he hasn’t done his own taxes. His winning limerick is:

The best part about Tax Freedom Day
Is that finally, I get a say
About where all the money
That I earned for my Honey
Is going to be spent today 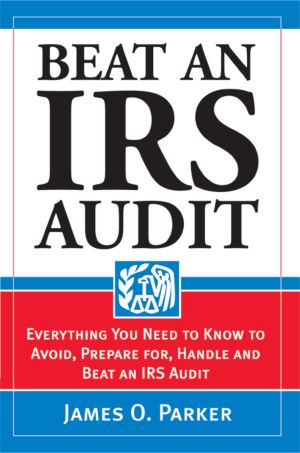 The Best Part About Tax Freedom Day:
It came before this year’s half-way.
But since Obama put us in hock to the Chinese
It’s our balls that will get the squeeze,
As our “full faith and credit” is in rapid decay.

Here’s a rejected e-filing from “In Russ We Trust” Jackson
The Best Part about Tax Freedom Day
Is that Uncle Sam releases your pay.
But don’t get too comfy with your dollars and cents
‘Cause Big Brother’s fiscal appetite is immense:
With more line items than stars in the Milky Way.

The best part about Tax Freedom Day
Is it’s the last day that we have to pay,
For handouts and welfare,
And bridges to nowhere,
But under Clinton— it came in May. 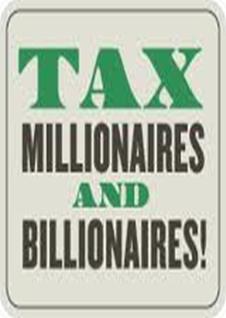 The best part about Tax Freedom Day,
No more money this year pissed away,
Change the date for election,
April 15 is our selection,
And just maybe keep politicians at bay.

These are some disallowed deductions from Bobby Leach
The best part about Tax Freedom Day
You can now keep all of your pay!
Oh well, maybe not “all,”
The F-ing Auditor might call,
And take the rest of it away.

The best part about Tax Freedom Day
Is you get to keep some of your pay.
But if a DemocRAT gets elected
It’ll be worse than expected
They’ll take ALL of your money away. 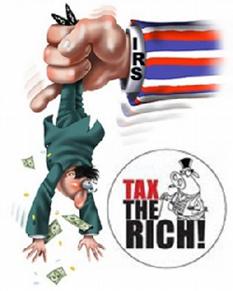 The Gov can’t take more money away
Or so you would hope,
But only a dope
Would believe they won’t find a way.

Every time you fill up your tank
Or earn interest on what’s in the bank
You’ll owe them more tax,
And that’s just the facts
Just send them a check that is blank.

Even Tax Freedom Day’s not the end
You’ll pay taxes every damned time you spend
But look at the bright side
We had Obama as our guide!
He’s got plenty of from his stash to lend.

Oh, thank God for the change he has brought
And all the lessons he has taught 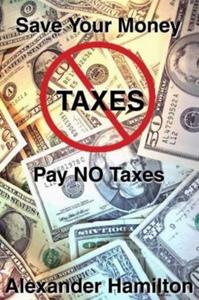 But he wouldn’t give you a dime
Or even tell you the time
And as Samuel Morse would say, “What hath Obama wrought?”

But you know, taxes are part of our life
They needn’t cause us so much strife
Just quit your job and wait
You’ll get food stamps and Section 8
I wish we’d elected Barney Fife.

But enough about Barack for now
Bless his heart, he’s trying to show us how
Sadly, though, he’s a Commie,
With a Kenyan dad and Hawaiian mommy
Folks, you better keep an eye on the Dow.

Always remember we need to pay taxes
They helped us in the 40s to beat the Axis
But back then we were at war
Today, we’re governed by a whore
And people, you better keep watchin’ your backses. 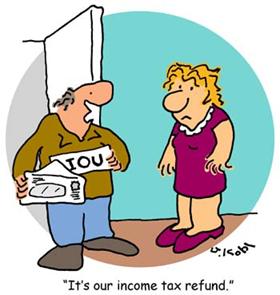 I might suggest that BO stay in hidin’
If he is hurt, we will be stuck with Biden
I think I would rather
Be a hunter-gatherer
Than have to put up with those who are guidin’

But anyway, I admit I digress
Tax Freedom Day is the topic I guess,
We laid off Obama,
But not the Dali Lama,
After this, I gotta go to the priest and confess.

In closing just let me say,
I’m sorry I got carried away
I will try not to cry
But I think I now know why
They took my poetic license away 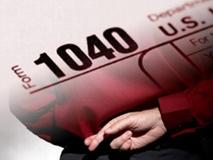 And from the Anderson Laureate (who’s had his taxes done for free at H&R Wenstrup’s office at 7954 Beechmont Avenue, directly across the street from Anderson TEA Party Headquarters):
The best part about Tax Freedom Day
They’ve already taken all your money away
If you gave the government every cent
And kept nothing, not even for rent
By April 18th, that’s all you need to pay. 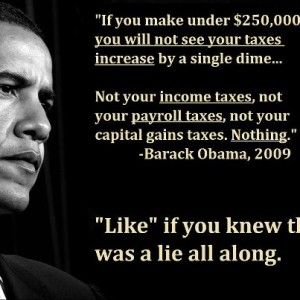 It comes out the whole damned year
Taxing everything, even your beer
Hey, I thought stealing was a crime!

The first line of Friday’s limerick is:

Remember: We never print all the bad stuff we know and certain people ought to be damn glad we don’t, especially, Tax Cheats.

Tax Freedom Day 2019 is finally here! According to our friends at Tax Foundation, today, Americans as a whole have officially worked long enough to pay the nation’s total tax bill for the year. This year, that tax bill totals over $5.2 trillion; $3.4 trillion in federal taxes and $1.8 trillion in state and local taxes. That’s about 29 percent of the nation’s income.

Not everyone has cause to celebrate yet though. Depending on where you live, your state’s Tax Freedom Day could still be a while off.

Check out our full study to see how your state compares and happy national Tax Freedom Day!