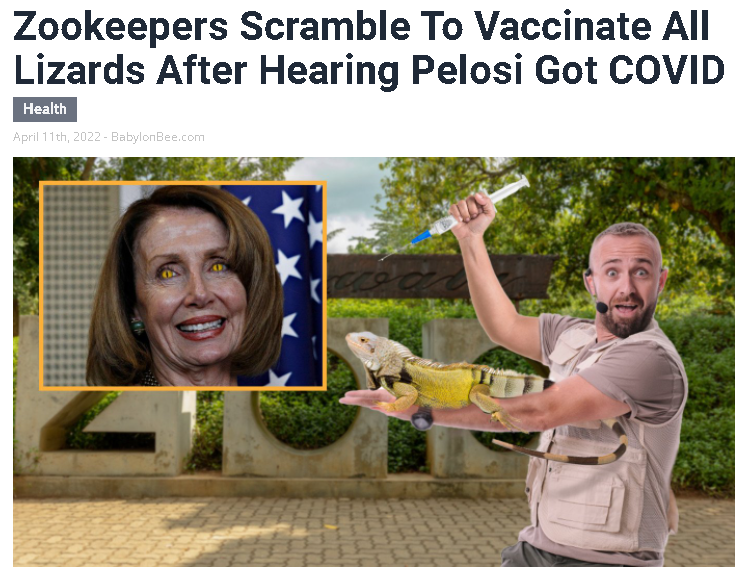 MONDAY, APRIL 11
TRUMP’S FOUR-HUNDRED-AND-FORTY-SIXTH-DAY OUT-OF-OFFICE
AND HERE’S SOMETHING YOU WON’T SEE ON THE NIGHTLY NEWS 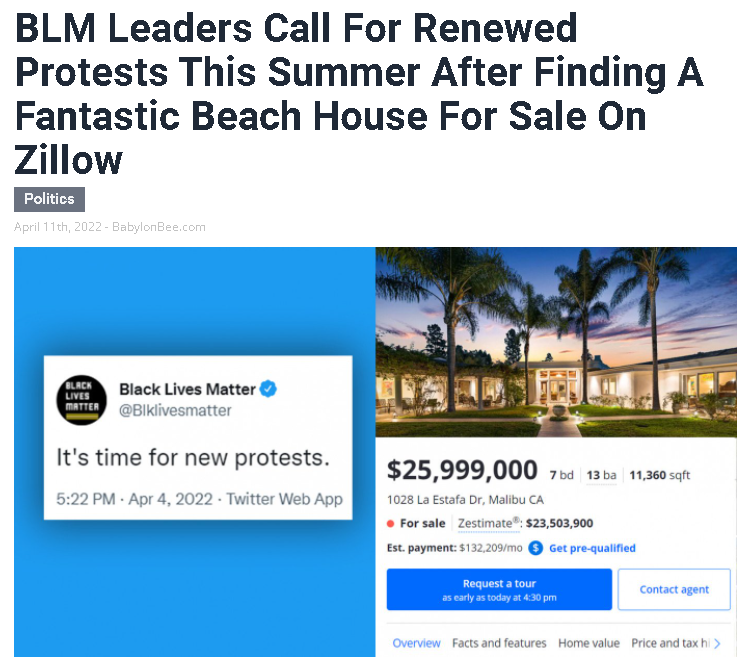 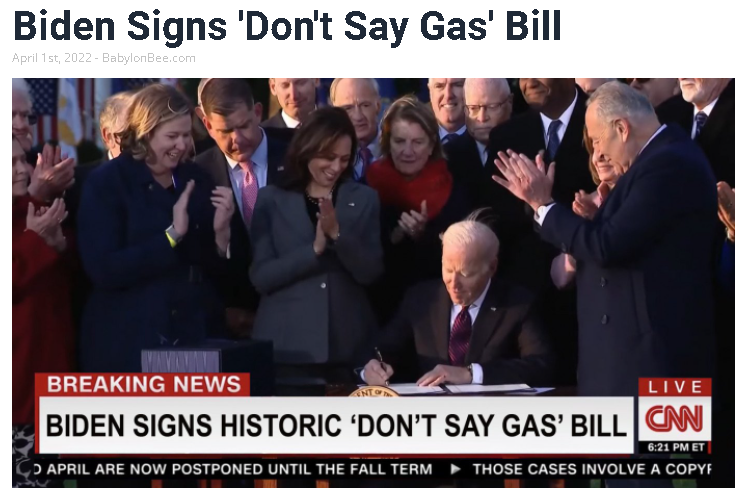 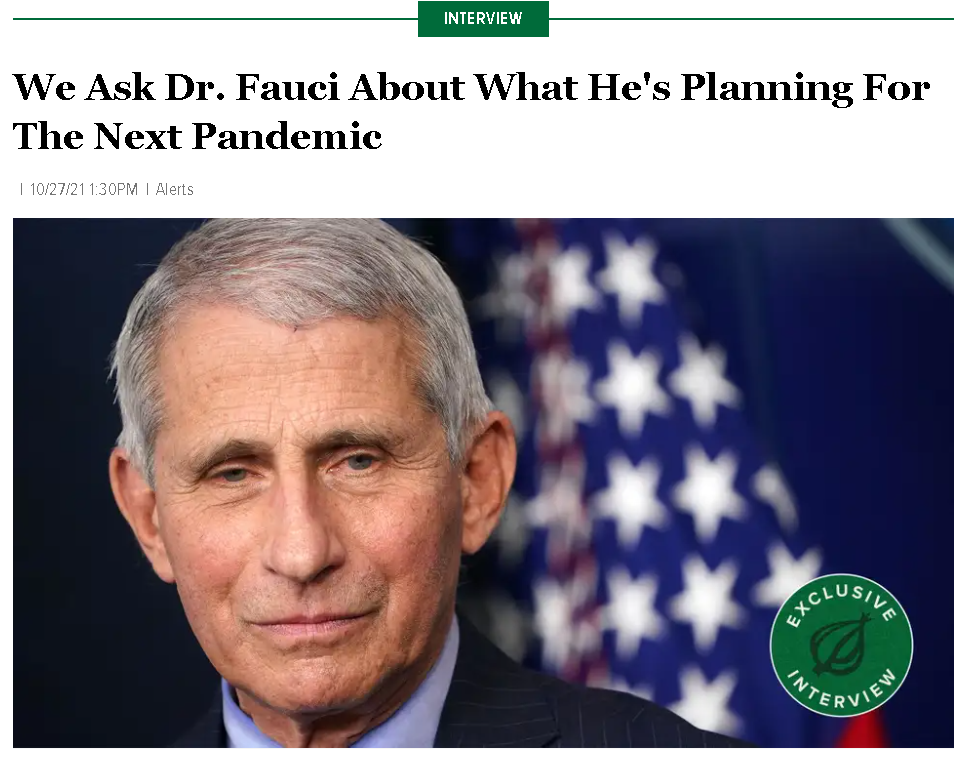 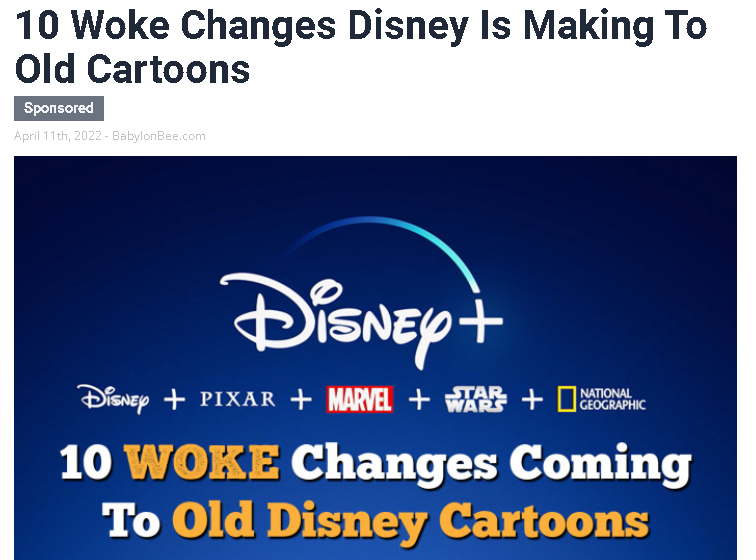 Walt Disney Studios is a progressive haven of tolerance, love, and understanding—and they’re definitely NOT groomers. But it wasn’t always that way. A long time ago in the dark past, Disney created content that was… problematic.
Never fear! Disney is making several changes to beloved films to make them more acceptable to today’s audiences!
Here are ten such changes coming down the pike:
1) Snow White: Will be a black man accompanied by seven normal-sized persons, each of a different gender.
2) The Lady and the Lady and the Tramp and the Tramp and the Tramp: This polyamorous love story will normalize polyamory because I guess we need to normalize everything now.
3) Mulan: A suppressed young girl shouts her abortion until all of China hears. Her father is displeased until he is thrown into prison for speaking against China’s two-child policy.
4) Encanto: They don’t talk about Bruno because he voted for Trump.
5) Lilo and Stitch: Lilo gets stitches after her double mastectomy.
6) Pinocchio: The little wooden boy becomes a real girl.
7) Cruella: Ms. DeVille seeks to make a coat from the skins of Trump voters—so she’s no longer a villain.
8) The Lion King: The Hyenas burn down pride rock and cast out the lion colonizers. All the lions are Christian. All the Hyenas are gay.
9) Alice In Wonderland: Alice travels down the rabbit hole to explore just how many genders there are.
10) The Rescuers: Two mice free a child from conservative parents who teach them to love liberty and make them read Tuttle Twins books.
Wow! We can’t wait to see these! What are your favorites?
________________________________________
NOT SATIRE: Don’t let Disney or Hollywood radicals indoctrinate the rising generation! We can’t let these people win. The Tuttle Twins is fighting back.
The Tuttle Twins children’s book series is teaching the rising generation about the ideas of liberty, free speech, free markets, individual responsibility, and American history. Instead of watching Disney+ and letting Hollywood indoctrinate our kids, let’s fight back! It costs roughly $10 to distribute one copy of the Tuttle Twins to a family. Can you help?
Click here to help us distribute more copies of the Tuttle Twins books to schools across the country, with your tax-deductible gift of $10, $50, $100, $500, or even more.
Thank you,
Connor Boyack
Author, Tuttle Twins 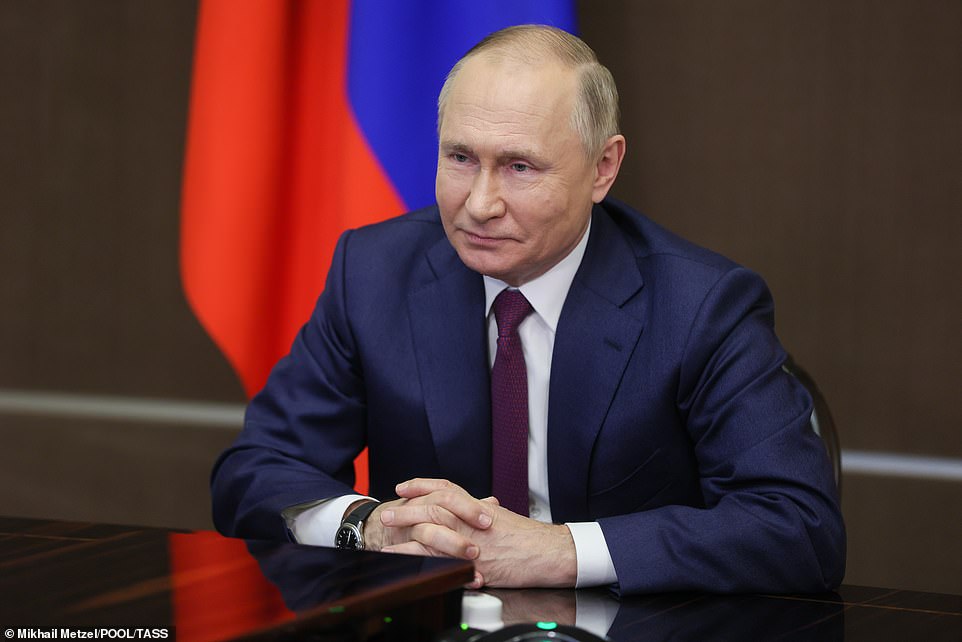 NO SAVE AMERICA RALLY SCHEDULED  ON SATURDAY

Foster Kane Says The Conservative Agenda is watching to see if any progress is made during the next 22 days before this year’s primary’s elections on May 03, unless they’re postponed. 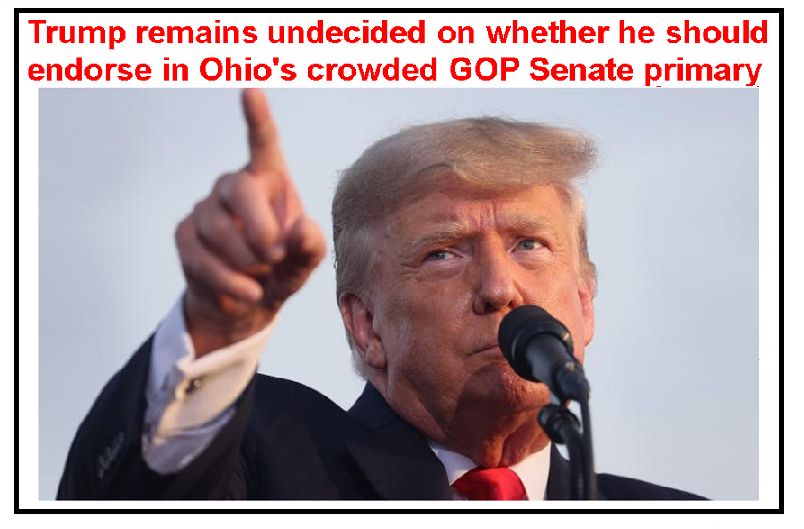