Did You See What The MLB just did? 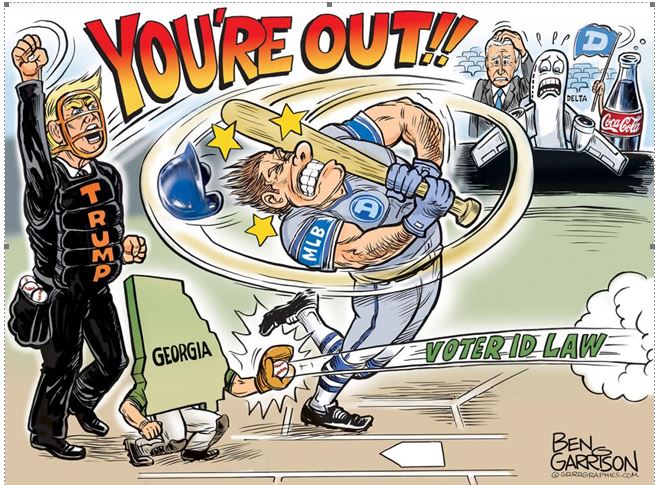 The state of Georgia has a new voter ID law that the mainstream media has deemed ‘controversial.’ There should be no controversy about it at all. It’s simply common sense to ask ID proof from voters—especially if done through mail-in ballots—in order to prevent voter fraud.

Major League Baseball came to the plate swinging.
They threatened to move their All-Star game out of Georgia.

Swing and a miss!

President Trump called them out. He knows all too well how the Democrat Socialists operate—they blatantly stole the presidential election through voter fraud—particularly the mail in voting swindle that allowed the Biden regime to take power. Trump urged his supporters to boycott the ‘woke cancel culture’ in which many major corporations are now engaged.

And now it has been revealed that Major League Baseball requires fans to show photo ID in order to pick up their reserved All-Star Game tickets.

The Democrats are hypocrites on steroids.