TODAY IS
SUNDAY, APRIL 10, 2022
TRUMP’S FOUR-HUNDRED AND FORTY-FIFTH DAY OUT-OF-OFFICE
AND IS JOKE BIDEN*S AMERICA TOTALLY SCREWED UP OR WHAT 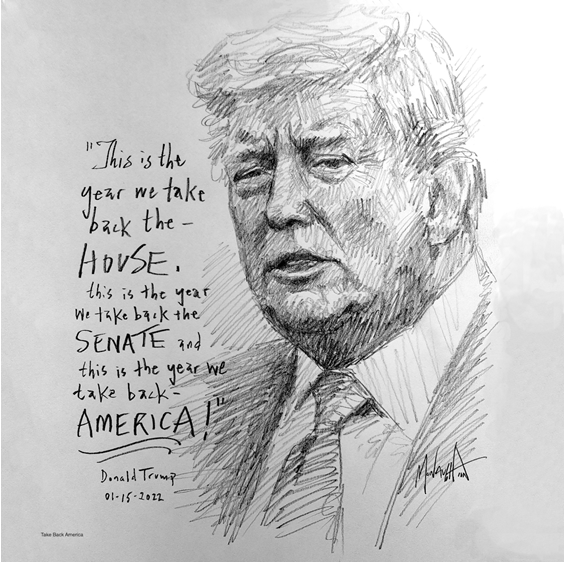 Mail-in voting instituted during the pandemic has changed the concept of Election Day forever, a well-known conservative writer and historian says.

“We’ve lost the idea of Election Day and it no longer exists anymore as we know it,” columnist and commentator Victor Davis Hanson said Monday night during The Heritage Foundation’s 2020 President’s Club meeting.

“With early voting going on and on, there’s just no concept anymore of an Election Day. That was a hallowed American tradition,” Hanson said. “And we didn’t even get in the computer age any upside from this, because now we don’t get results until weeks, if not a month, after the election. And that’s a tragedy.”

One hundred million voted without going to the polls on Election Day. The number of mail-in ballots are so huge, and they come in such droves and they don’t have valid methods to adjudicate signatures and witnesses and addresses.

Hanson, a senior fellow in classics and military history at Stanford University’s Hoover Institution, is also a professor emeritus of classics at California State University, Fresno, and a visiting professor at Hillsdale College in Michigan.

Hanson told his President’s Club audience that he believes Americans also have lost equal protection under the law.

“By that I mean, when we had this violence in our streets all summer, people we saw that were committing crimes were not arrested because the police were told not to arrest someone,” he said. “If they did arrest them, they were often not prosecuted.”

Instead, Hanson said, a double standard has been created where those who commit crimes are treated more fairly than those who abide by the law:

All hope is not lost, however, despite the left’s advantages, the veteran conservative said, pointing to conservatives’ gains in the House and in state-level races.

“They have professional sports, they have entertainment, they have Hollywood, they have the media, they have the universities,” Hanson said of the left. “What do we have? We have talk radio, we have foundations like Heritage, and we have the people with all of that. We did pretty well, and I think we’re going to do a lot better.”