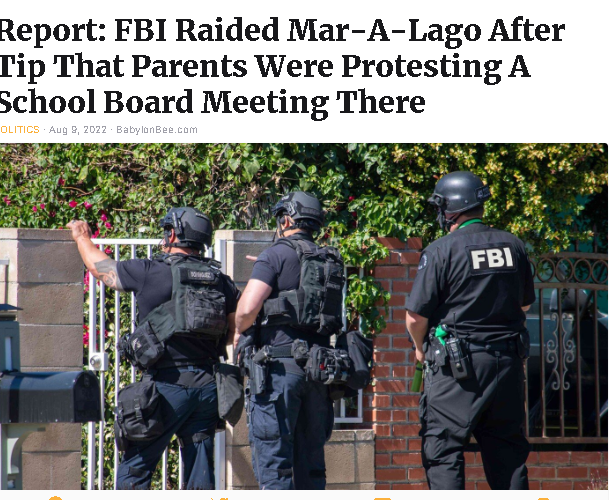 WEDNESDAY, AUGUST 10
TRUMP’S FIVE-HUNDRED-AND-SIXTY-SEVENTH-DAY OUT-OF-OFFICE
AND HERE’S SOMETHING YOU WON’T SEE ON THE NIGHTLY NEWS 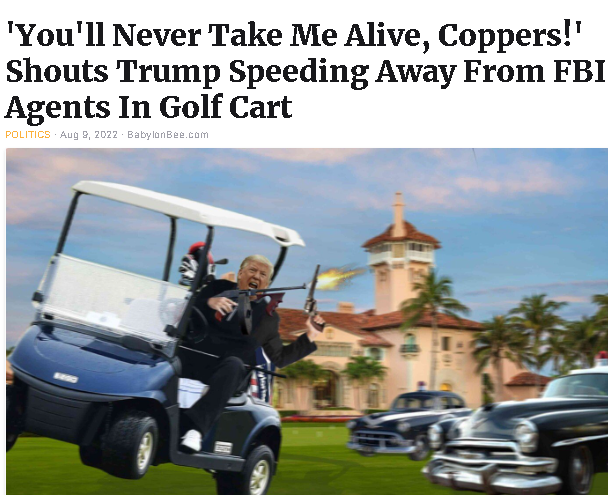 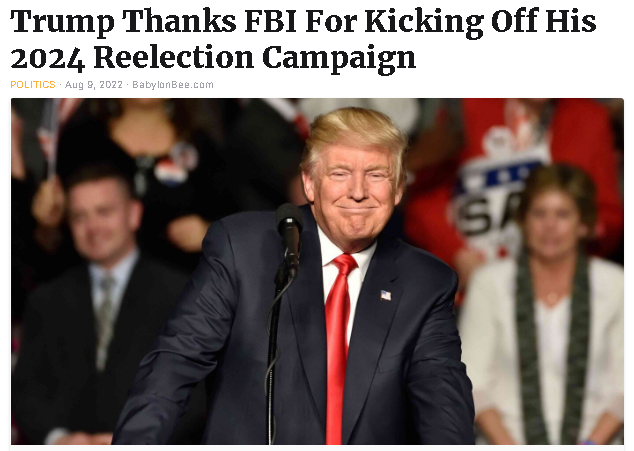 Conservatives React To The Mar-A-Lago Raid 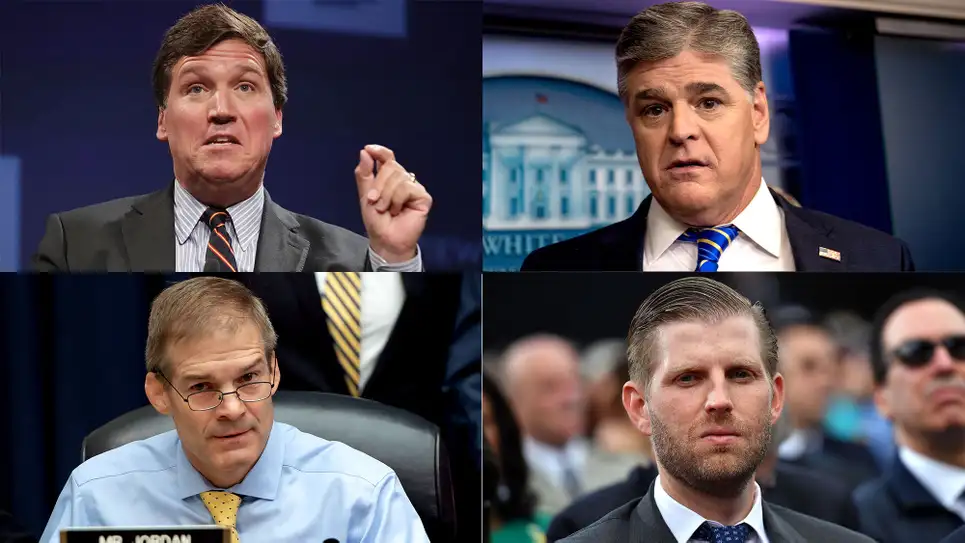 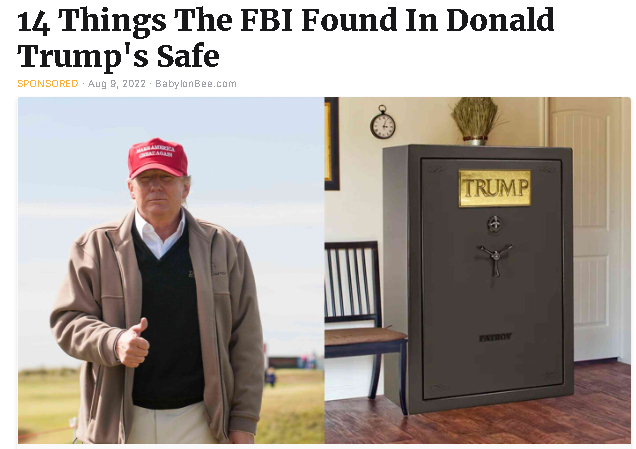 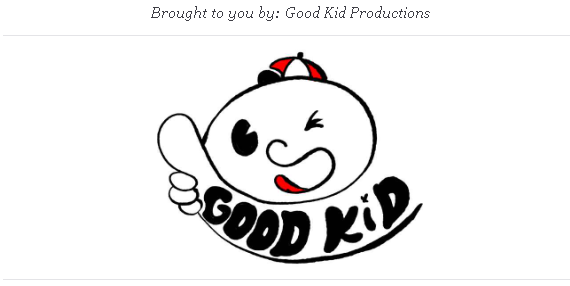 The FBI raided former President Trump’s Mar-a-Lago home and found incriminating evidence that he was once President of the United States of America! While they were there they spent over four hours cracking open a solid gold safe.
Here’s what they found:
1. Thousands of McDonald’s receipts: Immaculate record keeping!
2. Three pallets of Norvell Premium Sunless Tanning Solution, Dark 1: Only the best for our President!
3. World’s best president mug: The mug has been detained for questioning.
4. Barron’s Xbox controller because he’s grounded from Xbox: This is a relief. We thought he was ghosting us on Xbox Live.
5. The kickstand for Biden’s bike: Sneaky!
6. Obama’s actual birth certificate: Everyone was wrong. He was born in Zap, ND. Weird.
7. A note that reads “You FBI guys are low IQ. Sad! Not good!”: This was found in a safe within a safe.
8. Free verse, reflective poems: So sensitive!
9. Several dozen copies of Home Alone 2: Lost in New York: Probably the inspiration for all the booby traps federal agents had to evade.
10. The actual nuclear codes and not the fake ones he slipped to Biden: Wait a minute, wouldn’t the real president have the nuclear codes?
11. Little tiny shampoos which were stolen from the White House bathroom: Ladies and gentlemen, we got him!
12. Over a million unsent tweets: Carefully recorded and cataloged on papyrus scrolls.
13. A signed agreement between Trump and Pence that he would not “mean tweet” Pence: Appears to be scrawled in crayon on a KFC napkin.
14. The Mirror of Erised: When he looks into it he sees world peace.
BABYLON BEE

Foster Kane Says The Conservative Agenda is watching to see if any progress is made during the 90 DAYS BEFORE THIS YEAR’S MID-TERM ELECTIONS ON NOVEMBER 08 unless they’re postponed.