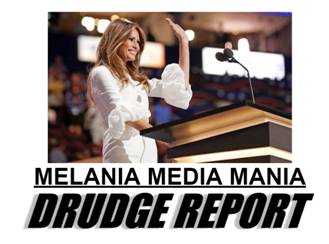 This morning at the Conservative Agenda brunch at the Republican National Convention in Cleveland, Political Insiders were applauding Beloved Whistleblower Publisher Charles Foster Kane about his prediction that Obama and Hillary Supporters in the Press would apply a double standard with their accusations of alleged plagiarism in Melania Trump’s convention speech because we only saw 4,842 stories and videos on the internet about it yesterday.

(NOTE: Melania’s speechwriter has admitted that some of Michelle Obama’s words ended up in Monday’s convention speech, but said that Donald Trump rejected her offer to resign in the wake of the controversy that has ensued.)

Maybe that’s why Newt Gingrich said “It’s the most disgusting example of the news media’s desperation to smear somebody who had a home run, bases loaded, amazing speech.” Gingrich argued similar charges brought against Disingenuous DemocRAT politicians have not received similar treatment, saying the media wasn’t “upset” when it was reported that Obama lifted lines from then-Massachusetts Gov. Deval Patrick. Going on to call the attacks against Melania Trump “made up” and “disgustingly stupid,” Gingrich said it’s the media’s attempt to keep attention away from what he viewed as an effective and intelligent speech.

“But that’s not half of it,” Kane explained: Red Alert Politics says Liberals are all for female empowerment — unless you’re a Republican woman speaking at the RNC. Melania Trump received a barrage of sexist slurs on Twitter before, during, and after her primetime speech on Monday. [MORE]

In less than seven hours, Liberals sent more than 1,000 tweets calling the former fashion model a “bitch,” “whore,” “plastic,” “slut,” and “bimbo,” according to Vocativ. [MORE] 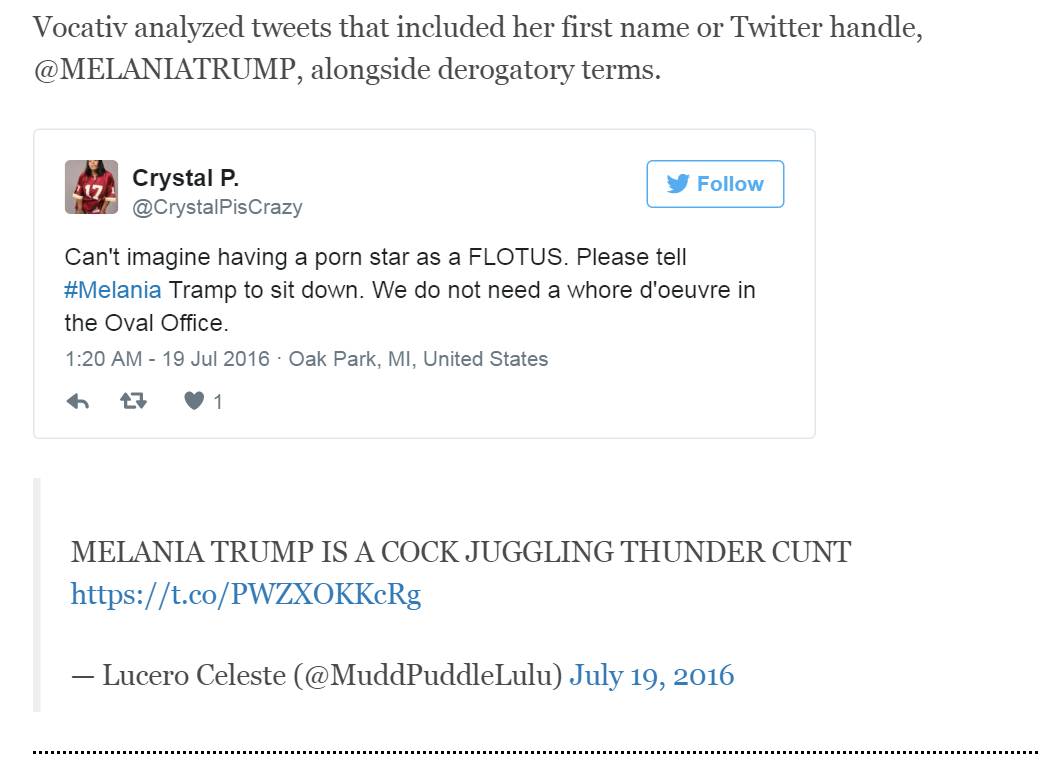 The Blower wonders what kind of Tweets Hillary will receive next week during her acceptance speech in Philadelphia.