Here’s Something Else That’s Uniting America 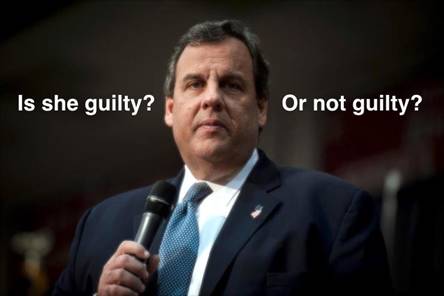 This afternoon at the Conservative Agenda Caucus during the Republican National Convention in Cleveland, Political Insiders asking Beloved Whistleblower Publisher Charles Foster Kane what’s been the most fun so far for Hillary Bashers.

“That’s easy,” Kane explained. “It had to be when New Jersey Governor Chris Christie auditioned for the job of Attorney General in the Trump Administration by asking the crowd to reply ‘guilt’ or ‘not guilt’ while he talked about Hillary Clinton’s character, judgment and trustworthiness.