Making Sure All Those Empty Seats Look Full

This morning at the Conservative Agenda breakfast at the DDNC in Philadelphia, Political Insiders were asking Beloved Whistleblower Publisher Charles Foster Kane how those Disingenuous DemocRATS would make sure every one of those empty seats was full after all those sore lower Bernie Sanders walked off the floor Tuesday night. 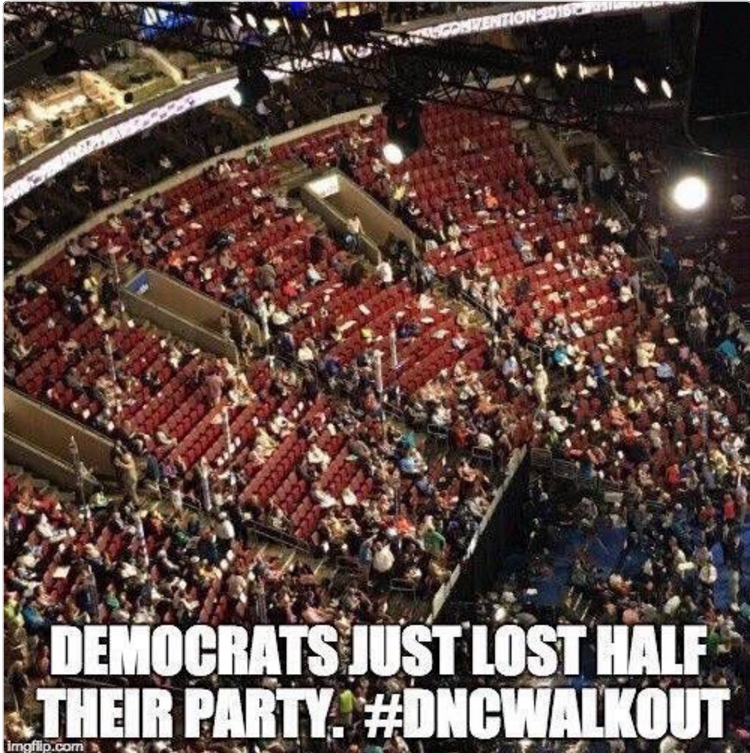 “Not to worry,” Kane explained. “Everybody knows our Disingenuous DemocRATS were hiring seat-fillers to pad out the audience after they saw a posting on Philly Craigslist entitled ‘Actors Needed For National Convention.’ ” 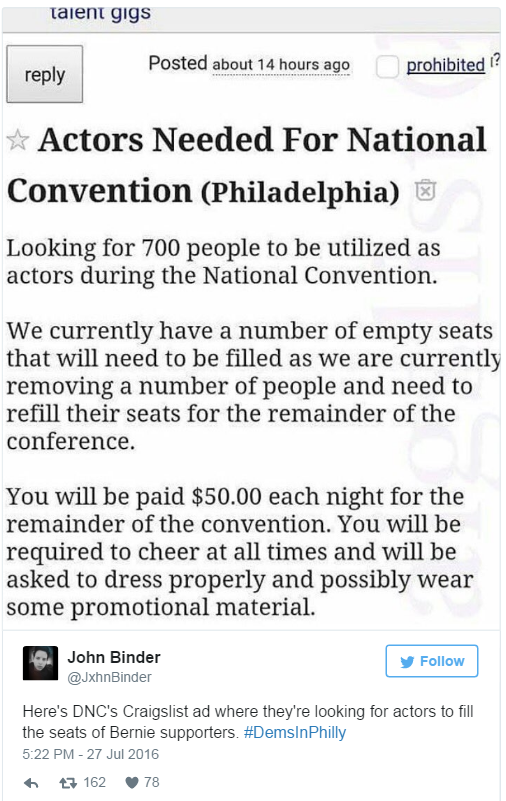 Then we saw this interview of a Bernie Sanders Delegate speaking out against the Fraud at the Disingenuous DemocRAT Convention the Dishonest DemocRATS’ Willing Accomplices in The Liberal News Media are showing everybody at home.