Finally Bringing Hope to the Underweight Among Us 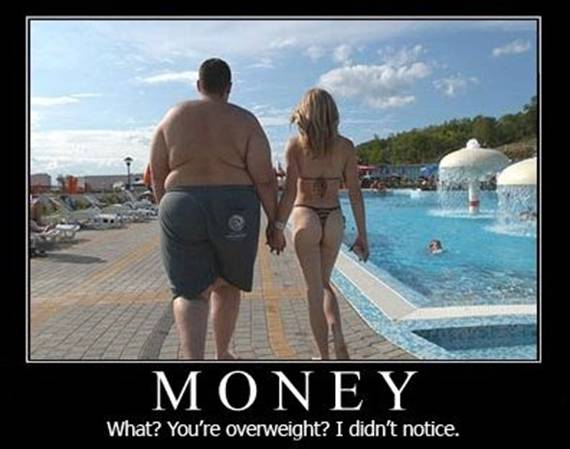 Bluegrass Bureau Chief Ken CamBoo says lately people have been coming up to Freddy Fatass to comment about his appearance.

“You look fantastic since you gained all that weight,” they say.

It’s hard to believe that only a few short months ago, Freddy was a shadow of his present self. He weighed only 160 pounds. Women avoided him. He was ashamed to be seen in public. No matter what, he couldn’t shake that all-over energetic feeling.

So Freddy made up his mind to do something about it. He called Weight Gainers, and it changed his life.

He mortgaged his house, sold his wife and kids, and signed up for a lifetime course. Sure it was expensive, but it included coupons for “two cents off” on Weight Gainers foods now available at grocery stores.

At Camp Broad Beam, a licensed Weight Gainers facility in Northern Kentucky, Freddy discovered how to eat like a pig and love it. There were no strenuous exercises. Special figure-shaping machines did all the work. Haystacks Calhoun and his trained Weight Gainers counselors helped him pack on the pounds. And best of all, there were no shots, no pills, no rigid low-calorie diets, and no bothersome medical examinations.

The Weight Gainers Continuous Eating Plan was designed to change his behavior in positive ways. Soon he was shoveling in 10,000 calories at a feeding.

The Weight Gainers tapes he bought taught Freddy a take-it-easy way to blubber-up through decreased physical activity. The Official Weight Gainers Maintenance Plan Newsletter he subscribed to for only $10-per-week showed him how to keep on the weight he had worked so hard to gain. The Center for Science in the Public Interest told which restaurants offered extremely high calorie, high fat foods. And, if at 3AM, he was suddenly stricken with an uncontrollable urge to stop eating, he could call the Weight Gainers Hotline, and Marc Wilson, Scott “Pass the Biscuits” Kimmich, and six sumo wrestlers would come over and barbeque a herd of water buffalo. In short, it was all he needed to gain weight.

Now Freddy Fatass enjoys the sensuous feeling of tighter fitting clothes, He’s only one size away from his goal of squeezing into a pair of size-68 swim trunks.

Overweight chicks come on to him in doubles bars. In fact, next week the Flab sisters are taking him to the Joys of Smorgasbord. It should be a whale of a good time.

Weight Gainers really works. You bet. And Freddy is really happy it does.

Today’s edition is brought to you by a generous “in-kind” donation during our July fund-raising drive by Weight Gainers, for publishing names of all their clients in The Blower.