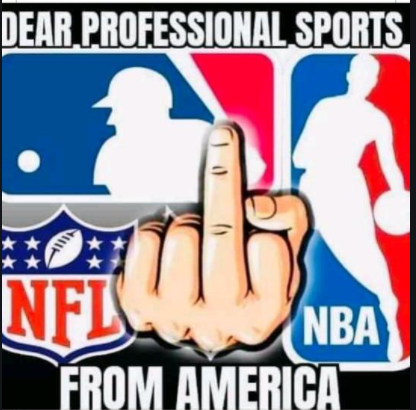 Opening Day isn’t an official holiday on this year’s calendar, but maybe in Cincinnati, it should be, because, with all that hype, Tuesday was probably one of the most unproductive local workdays of the year. Not only that, COAST is probably still collecting signatures to persuade the City to make Opening Day an official holiday. With enough signatures, a referendum could be put on the ballot this November. 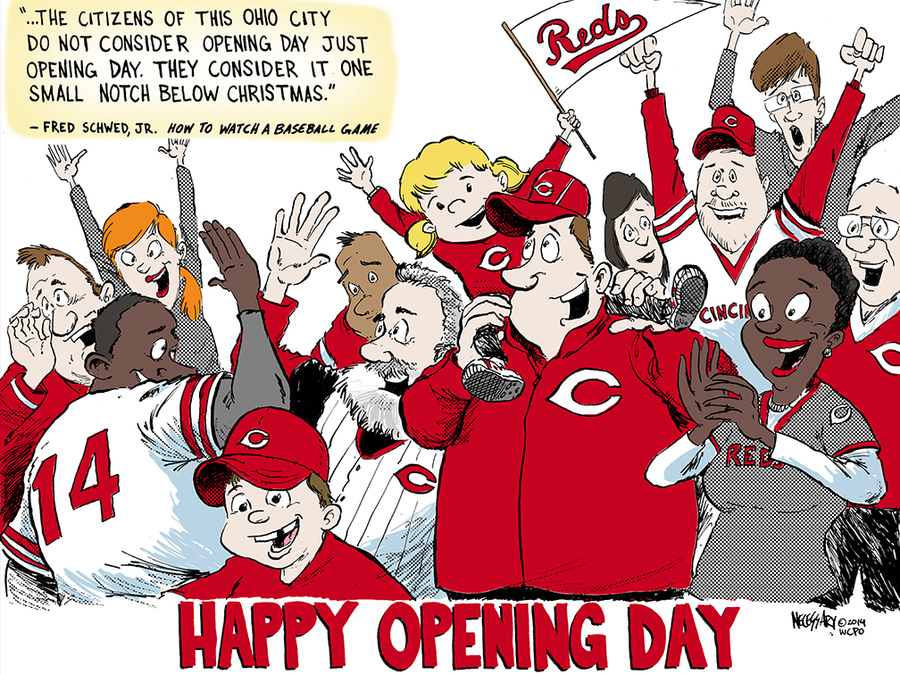 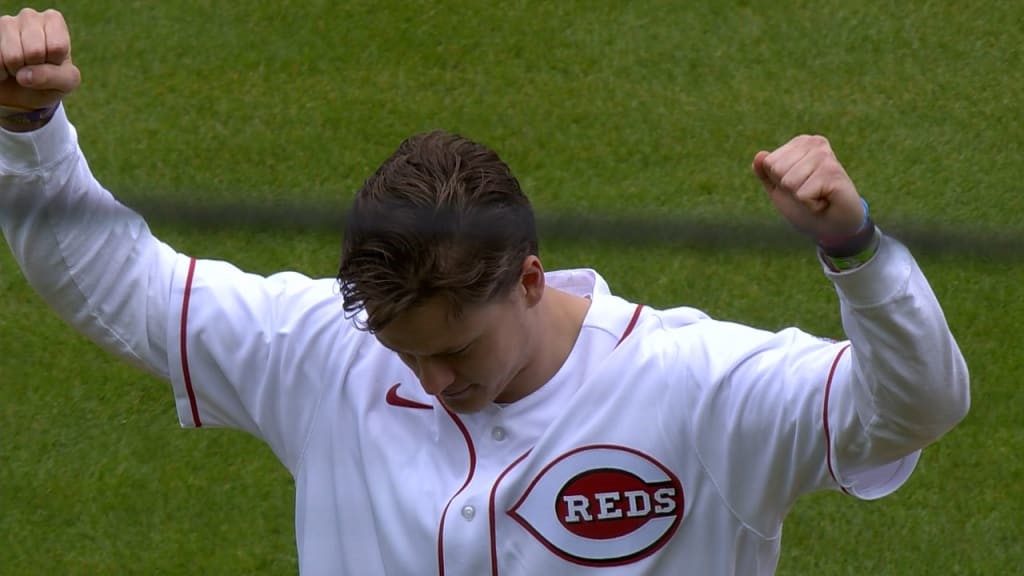 This year, Bengals’ superstar quarterback Joe Burrow looked like a real hero when he threw a perfect first pitch to Bengals head coach Zac Taylor, and Whistleblower Senior Spoiled Sports Editor Andy Furball said things were looking pretty good until the eighth inning when the Reds reverted to their usual mid-season form and the bullpen gave up two home runs, one a grand slammer. Update: The Reds are now in last place, having lost three straight. 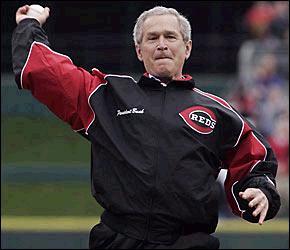 It wasn’t so long ago the Reds were even able to get some really dignified important people to throw out the first pitch (Bush 41, Bush 43, and even Vice President Dick Cheney).  Fourteen years ago, the best Señor Bob Castellini could get was Cincinnati’s Dainty DemocRAT Mayor Mark “Throws Like a Girl” Mallory to become the laughingstock of the entire nation.

Thirteen years ago, instead of honoring Joe Nuxhall with the first pitch, Devious DemocRAT Hamilton County Commissioner Odd Todd Opportune tried to bounce the ball up there.

Nine years ago, Senile Sheriff Si Leis had the honor.

Eight years ago, Joe Torre, manager of Team USA in the 2013 World Baseball Classic, threw out the ceremonial first pitch, and everybody was wondering what kind of reception Rob “Fighting for Fungos” Portman would’ve gotten, especially after his recent coming out in favor of gay baseball players during Spring Training.

Five years ago, former Reds manager Lou Piniella threw out the ceremonial first pitch, but it might’ve been more fun to see if Sweet Lou could still throw a base into the outfield like he used to do whenever he got mad at the umpires. 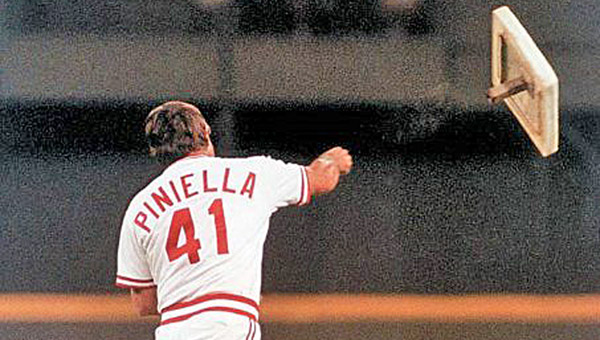 Four years ago, it was all business: David Joyce, president, and CEO of GE Aviation threw out the ceremonial first pitch. Catching the pitch was Joe Allen, GM of GE Global Operations-North America.

Three years ago, Lawrenceburg, Indiana native Nick Goepper, who won the silver medal in slopestyle (whatever the hell that is) at the recently completed Winter Olympics in Pyeongchang, South Korea) three out the ceremonial first pitch.

Two years ago, Reds Hall of Famer Eric Davis will throw out the first pitch and National Baseball Hall of Famer Johnny Bench will receive it.

Last year there was no parade, and everybody was supposed to be happy when Opening Day finally arrived and Gov. Mike DeWhine delivered the virtual ceremonial first pitch — from Cedarville University, wherever the hell that is. 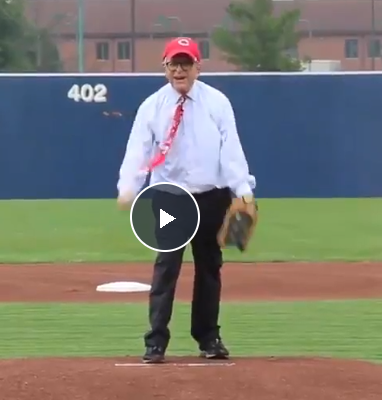 This year, wouldn’t it be funny if Cutting-and-Running Ohio’s U.S. Senator Rob “Fighting To Stay Relevant” were scheduled to throw out the first pitch?

Like we said before, the Reds used to get some really dignified important people to throw out the first pitch. 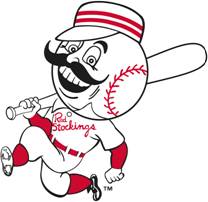 Meanwhile, at the Conservative Agenda, Beloved Whistleblower Publisher Charles Foster Kane was still talking about that time in 1980 when Kane volunteered to line up publicity for then-26-year old Lexington native Keen Babbage’s legendary 14-day, 430-mile walk from the Rawlings Sporting Goods Company in St. Louis to bring the Opening Day baseball to Riverfront Stadium, so five-year-old Jason Edwards, the March of Dimes Poster Child, could throw out the first pitch to Johnny Bench.” That was before “Hype” became just another four-letter word.