TODAY IS
SUNDAY, MAY 29, 2022
TRUMP’S FOUR-HUNDRED-AND-NINETY-FOURTH DAY OUT-OF-OFFICE
AND SEARCHING FOR AN APPROPRIATE MEMORIAL DAY MESSAGE

This Sunday in America…at the Church of The Compassionate Conservative, Beloved Whistleblower Publisher, the Right-Wing Reverend Charles Foster Kane was asking his Political Parishioners to pray for Permanent Peace, especially since it was the theme of President Trump’s 2019 Memorial Day Message:

Whether on the battlefields of Bunker Hill, on the 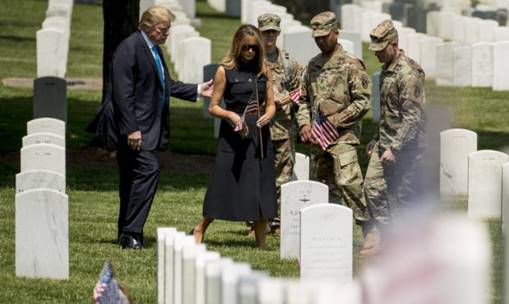 beaches of Normandy, in the jungles of Vietnam, or in the mountains and deserts of the Middle East, brave Americans of every generation have given their last full measure of devotion in defense of our country, our liberty, and our founding ideals.  On Memorial Day, we humbly honor these incredible patriots and firmly renew our abiding commitment to uphold the principles for which they laid down their lives.

As a free people, we have a sacred duty to 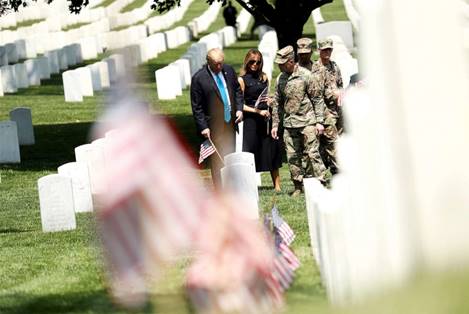 remember the courageous warriors who have made the ultimate sacrifice to ensure that our great country would endure.  It is our responsibility to strive to ensure that their noble acts of dedication to our country and the cause of freedom were not in vain and to comfort the families they have left behind, who bear the heartbreak of their loss.  We must ensure that the light of our Republic, and all for which these most honorable Americans willingly died, continues to shine forth brightly into the world.  As President Lincoln said in 1863 during the 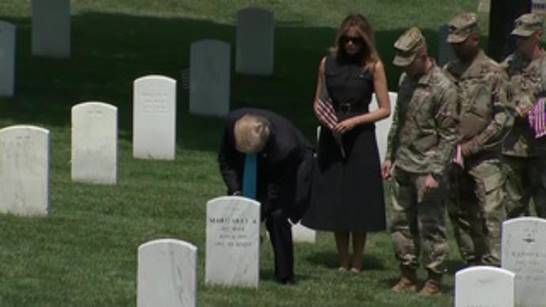 dedication of the Gettysburg National Military Cemetery:  “It is for us the living, rather, to be dedicated here to the unfinished work which they who fought here have thus far so nobly advanced.”

As we approach the 75th anniversary of D-Day, we proudly commemorate those heroic and honorable patriots who gave their all for the cause of freedom during some of history’s 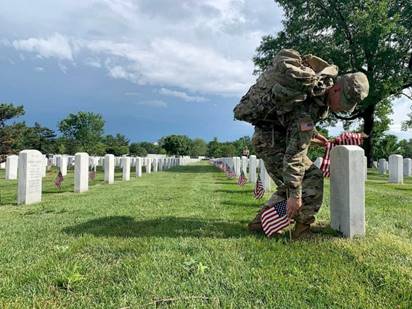 darkest hours.  Thousands of selfless members of our Armed Forces perished on the beaches of Normandy.  They bravely gave their lives to pave the way for the Allied liberation of Europe and ultimately victory over the forces of evil.  Their historic sacrifices and achievements secured the future of humanity and proved America’s strength in defending freedom and defeating the enemies of civilization.

Those who rest in the hallowed grounds of our country’s national cemeteries laid their lives upon the altar of freedom.  Today, as we unite in 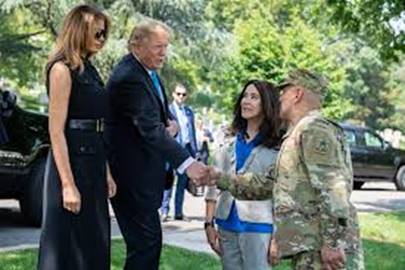 eternal gratitude for the sacrifices of these extraordinary Americans, let us also offer a prayer for lasting peace.  Let us renew our steadfast resolve to work toward a peaceful future, in which the horrors of war are a distant memory and our families, our communities, and our Nation need no longer confront the sorrow and pain of losing our beloved sons and daughters.

In honor and recognition of all of our fallen heroes, the Congress, by a joint resolution 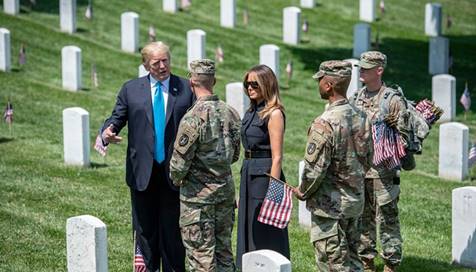 approved May 11, 1950, as amended (36 U.S.C. 116), has requested the President issue a proclamation calling on the people of the United States to observe each Memorial Day as a day of prayer for permanent peace and designating a period on that day when the people of the United States might unite in prayer.  The Congress, by Public Law 106-579, has also designated 3:00 p.m. local time on that day as a time for all Americans to observe, in their own way, the National Moment of Remembrance. 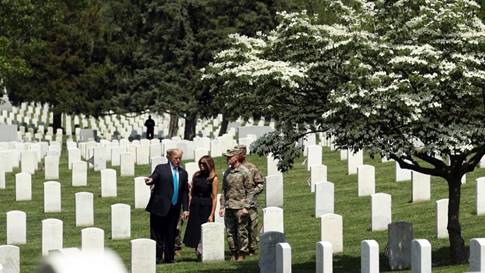 NOW, THEREFORE, I, DONALD J. TRUMP, President of the United States of America, do hereby proclaim Memorial Day, May 27, 2019, as a day of prayer for permanent peace, and I designate the hour beginning in each locality at 11:00 a.m. of that day as a time when people might unite in prayer.

I further ask all Americans to observe the National Moment of Remembrance beginning at 3:00 p.m. local time on Memorial Day. 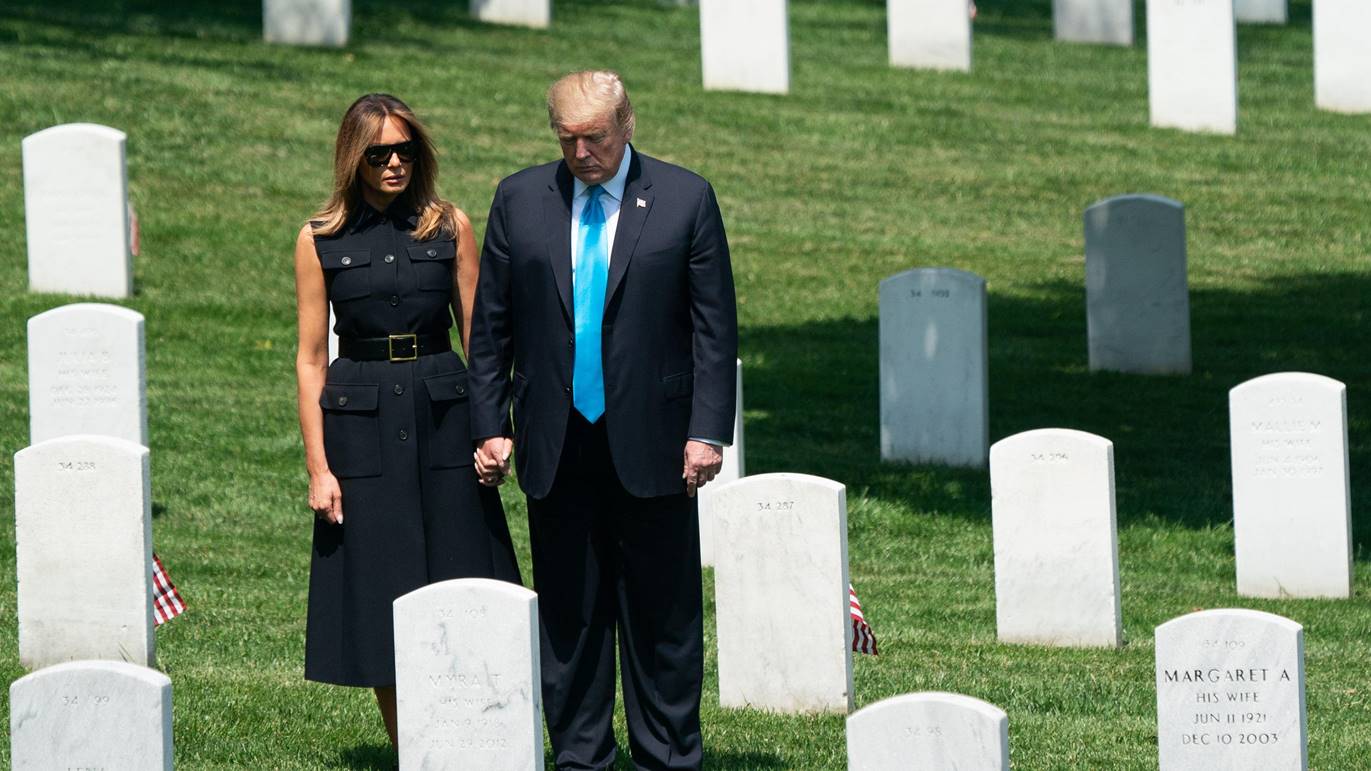 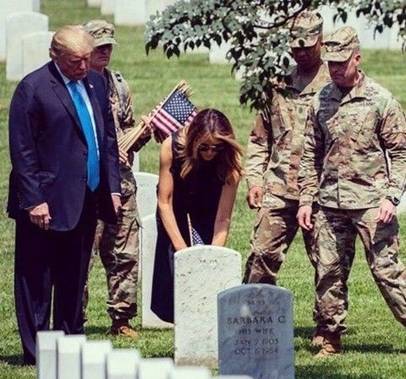 IN WITNESS WHEREOF, I have hereunto set my hand this
twenty-fourth day of May, in the year of our Lord two thousand nineteen, and of the Independence of the United States of America the two hundred and forty-third.