TUESDAY, JANUARY 17, 2017
Our countdown clock showing how many days, hours, minutes, and seconds we have remaining until Donald Trump can begin to undo all the damage Obama’s done to America during the last eight years.

And at the same time, we’re remembering what was happening on January 17, 2009, when there were only four more days until Obama could begin damaging the country. 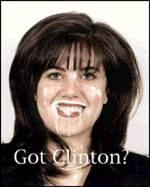 Hurley the Historian says according to Times On Line, on this date in 1998, internet gossip Matt Drudge posted a story that opened the most sensational scandal season in the history of the American presidency. He reported that Newsweek magazine had killed a story about President Clinton’s sexual relationship with a former intern. The next day he had her name: Monica Lewinsky, and so did The Whistleblower.

So it’s no surprise that our Quote for Today Committee chose our Pants-Dropper-in-Chief’s lie that will live in infamy: “I did not have sexual relations with that woman, Ms. Lewinsky.” 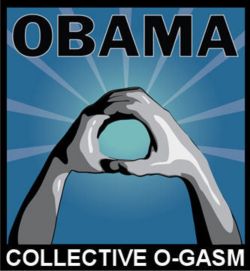 Our Obama Observer is thoroughly disheartened by the absolute butt-kissing, Pravda-like, sycophantic love-fest in the US media for the incoming Obama administration. Granted, any sane person wants things to go well in America regardless of which party’s candidate ends up in the White House. But, a little healthy press skepticism is crucial to the survival of the Republic, especially when the new president has emerged from the stinking cesspool that is Illinois politics. The most recent in an endless stream of examples is watching the press toadies dutifully parrot the Obama line that Treasury Secretary-nominee Timothy Geithner’s totally flagrant disregard for paying any and all taxes he owed for years as “an understandable mistake made by the only man in America who can do this job.”

In a craven effort to follow in the exact footsteps of Honest Abe Lincoln on his way to the White House, soon-to-be President Barack Hussein Obama has constructed an Inaugural Day menu of the same foods Lincoln ate, is going to use Lincoln’s Bible to take his Oath of Office, and wisely convinced outgoing President George W. Bush to put Fort Sumter on full alert!

Recognizing the “historic” relevance of Obama’s coronation and the overwhelming interest it has drawn, Duke Energy has designated viewing areas at its larger office locations so employees can see the events on television. They might as well close Cincinnati City Hall too, since those Obama supporters won’t get a damn bit of work done that day, either, that is, if they ever show up at all after all that Martin Luther King Jr. holiday celebrating on Monday.

As the final hours tick down to the dawning of the Age of Obama in only three more days, our Obsessive Compulsive Obama Supporters Tom and Rose were awaiting word back from their granddaughter Muffy. Muffy was with the alternative life-style dress designer Paco at his Mount Adams dress shop. The dutiful grand-daughter was making sure Paco’s last minute touches on the ball gown Rose will be wearing to their MoveOn.org Inaugural Bash at Camargo Country Club are absolutely perfect. “Paco, Grandmamma Rose will be so happy. The thread you used made from real 24-karat gold and platinum is a wonderful way to welcome our newly-elected savior. This coronation ball gown will be to die for!” With a wink, Paco gushed, “Oh sweetie, I think even Barbara Gould and Stevecia Reece will be a little jealous.”

On January 20, America will inaugurate her 44th President. Liberals have attacked President George W. Bush with a sticker that reads, “1-20-09, The end of an Error.” People who sell meaningless bumper stickers are fighting back with one recommended by one of our loyal customers.

Not to worry, Obamaniacs. Your friends at MoveOn.org are very confident that Congress will move swiftly to repeal the Twenty-Second Amendment.

Then, President Barack Hussein Obama will be able to serve for an unlimited number of terms. But, in the unlikely event that our efforts fall short, the 2016 Presidential campaign is already underway. To help our lobbying efforts please purchase your bumper sticker for $40 . . . or 2 for $100. 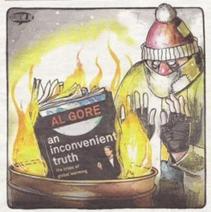 John “No Left Turns in Goshen” Joseph says, “So how cold did you say it was? We hope you’re all staying warm. We gotta go thaw our frozen pipes. Does anybody have Al Gore’s number? Maybe he can help us out!”

No Left Turns also says, “Regarding that US Airways crash into the Hudson River yesterday because birds got caught in the engines…has PETA protested yet because the birds were so mercilessly mutilated?”

Stop the Presses: Bobby Leach reports, “You won’t believe this story. It really, really happened. Fox News says a kid really got his tongue stuck to a light pole.” 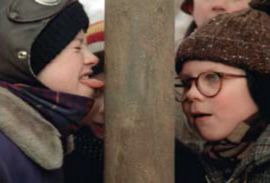 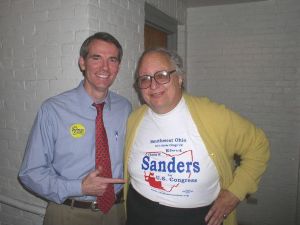 Did The Blower cover Loser Lobbyist “Rob “Fighting for Lost Legacies” Portman’s BFD announcement at the Boathouse Thursday night? You bet! As the publication of record for all that political scrambling, speculation, mud-slinging, and back-stabbing in the Tri-state, our readers know to expect nothing less.

RINO Party Chairman Alex Triantafilou (pronounced “Old Blue Face”) introduced Portman, saying on so many occasions Rob had “saved” the Hamilton County Republican Party, and after last year, we are counting on him to do it again. Then he said to the crowd, “And for all he has done for us, by sticking us with that Bitch-in-a-Ditch, not to mention the Empty Uppity Oprah Winfrey Campaigning for Obama, Under-funded, Ugly-ass Poorly-Planned Unnagraown Rayroe Museum Not-so-Free-dom Center, we now need to help him win this race.” Sure thing, Alex!

The food included cheese cubes and veggie tray, free Saratoga chips and sauce, but contrary to all that advance publicity, there were no free ribs or adult beverages, and come to think of it, we didn’t see Sarah Palin there either. Only about 60 people attended and it was obvious that they were expecting more people, based on the size of the room and the crappy leftovers. And just as the event was wrapping up, That Lying Plagiarizing Meddling Overblown Tax-and-Spend RINO Bitch-in-a-Ditch Mean Jean Hoffman Schmidt arrived. She slunk into the room and $tan Che$ley mistook her for a waitress and told her to fetch him a drink.

Other faces in the crowd The Blower saw included Me, Greg Hartmann; defeated County Recorder Ben-Gal Becky, Bill “The Bush Butcher” Brayshaw (who had more than two helpings of free food); Judge Pat Dinkelacker, “Passed Around Patty” Clancy (about whom everyone said: “Gosh, she’s even shorter in person.”), Humiliated at the polls Virgil “The Scourge” Lovitt; Janet Howard, Bob Meklenborg, Still Not Incarcerated Stan Aronoff, and Andrew Ciafardini (working the event — not attending as a former State Rep-tile who served only two weeks). No real A-list elected officials were at the event, like Hamilton County Prosecutor “JayWalking Joe” Deters, although McCain’s Southwest Ohio Chairman did find time to sample the hot and sour soup at the King Wok in Clifton on Friday with Beloved Whistleblower Publisher Charles Foster Kane, where the pair compared the latest tasteless Obama jokes, such as:

Q: What do Abe Lincoln, JFK, Martin Luther King Jr. and Obama have in common?
A: Nothing, yet!

BREAKING NEWS: “Hail to the Chief” is being replaced with the theme song from “The Jefferson’s”!

Finally, everybody—just relax. When was the last time you saw an black guy keep a job for four years?

Later at yesterday’s meeting of the Conservative Agenda, almost on the eve of Obama’s Coronation, Political Insiders were talking about why there didn’t seem to be any love lost for John McCain these days. Let’s see, there was campaign finance reform, the Gang-of-14, amnesty for illegal aliens, his support of the global warming hoax, his desire to coddle terrorists at GITMO, sucking up to the liberal press, backing the bailout — and to top it all off, he lost the White House for the GOP in 2008 and then kept his mouth shut while his staff trashed Sarah Palin. Somebody who actually listens to WLW Hate Radio, says McCain sealed his fate the moment he repudiated Trash Talker Bill Cunningham for having the nerve to mention Obama’s middle name at Memorial Hall. Memo to McCain: if you really want to put “Country First,” the best thing you can do is retire in 2010 before you do any more damage.

But as vital to the Conservative Agenda as that discussion might’ve been, most Insiders were more interested in the name of the Whistleblower Femme Fatale who’ll be starring in the Learning Channel’s new series called “Mother Knows Sex” debuting on February 1. Incorrect identifications included Miss Vicki (but who knew she was a mother?, Vivacious Vicky Zwissler, but not Icky Vicky Wulsin. Keep on guessing.

Finally, today’s that fateful date for our good friend Bunky Tadwell, the Bard of Cleves. And wouldn’t you know, he wrote himself another poem, which can be found in his “Sentimental Poems of the Day,” found in better bookstores everywhere, except in Cleves.

Ode on My 78th Birthday
It is true I am getting old
My passion is becoming less bold
I’m no longer a pup,
Now I drool in my cup
And my pecker is covered with mold. 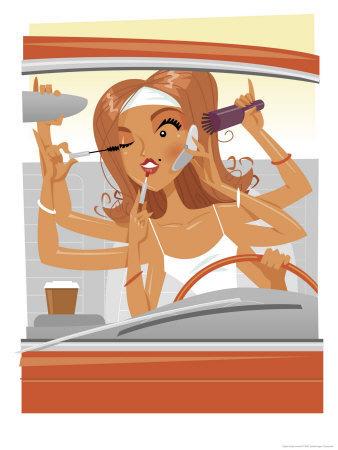 Bluegrass Bureau Chief Ken CamBoo was driving on the Interstate this morning, when he looked over to his left and there was a woman in a brand new Cadillac doing 75 mph with her face up next to her rear view mirror putting on her eyeliner. The CamBoozler looked away for a couple seconds, and when he looked back she was halfway over in his lane, still working on that makeup.

As a man, Ken CamBoo doesn’t scare easily. But that woman scared him so much he dropped his electric shaver, which knocked the donut out of his other hand. In all the confusion of trying to straighten out the car using his knees against the steering wheel, he knocked his cell phone
away from his ear, which fell into the coffee between his legs, splashed, and burned Big Ken and the Twins, ruined the damn phone, soaked his trousers, and disconnected an important call.

Ken Cam Boo says once again Judge No Moore in 2010 lost a vote by an almost two-to-one margin when the Executive Committee refused to throw Bernie Kunkel off the Executive Committee of the Boone County Republican Party with a vote of 13 to 7 in Kunkel’s favor. One third of the committee did not even show up, including Judge No Moore in 2010, who demonstrated that when a tough decision has to be made he stays home.

Now would be a good time for a complete re-organization of the party and the first step should be for Moore and O’Reagan to resign if they can no longer lead the party. There was also not a single elected official who was able to make the meeting. Fifty five to sixty people did show up for the meeting that normally attracts between 15 to 20 people. Charley Walton, a former Member of the Kentucky Legislature, gave a very good speech in support of Kunkel as did Rick Brueggemann, Mike Moreland, Butch Arlinghaus, Kenny Brown, Brett Gaspard, and Emily Shelton, who were all long time members of the Boone County Republican Party and Committee members. This makes two times that Judge No Moore has asked for the people’s votes, and twice he has lost by about the same two-to-one vote. This does not look good for Judge No Moore in 2010.

Finally, is Kamal the Photoshop Assassin back in business? We can only hope this is just a sample of Kamal’s bad taste to come in 2009. 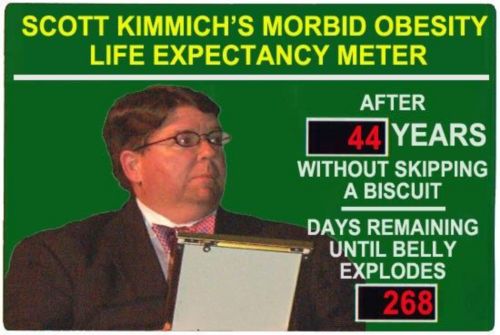 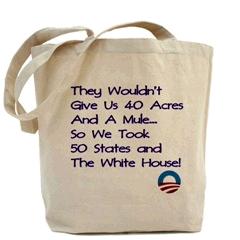