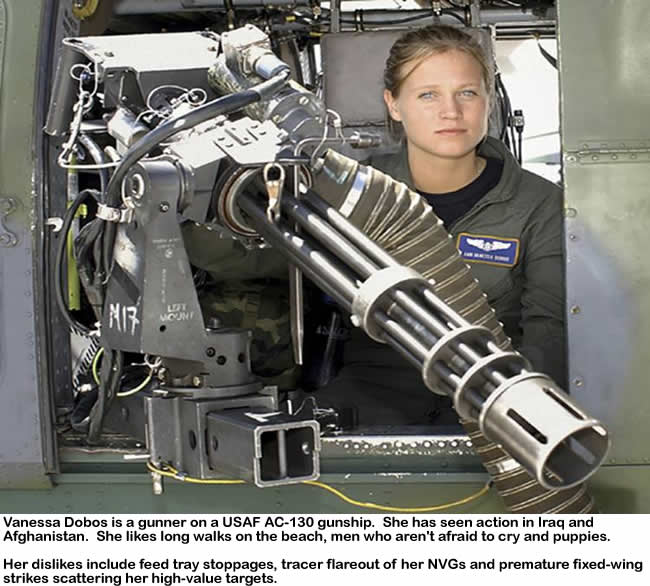 Air Force Security Forces Sniper Vanessa Dobos was watching a road in Pakistan that led to a NATO military base when she observed a man digging by the road. She engaged the target (she shot him).

It turned out he was a bomb maker for the Taliban, and he was burying an IED that was to be detonated when a U.S. patrol walked by 30 minutes later. It would have certainly killed and wounded several soldiers.

The interesting fact of this story is the shot was measured at 725 yards. She shot him as he was bent over burying the bomb. The shot went through his rectum and into the bomb which detonated; he was blown to pieces. The Air Force made a motivational poster of her. (Folks, that’s a shot 25 yards longer than seven football fields) and the last thing that came out of his mouth … was his ass!

If You Can’t Stand Behind Our Troops, Please Feel Free To Stand In Front Of Them!

E-mail us your pictures and positive stories today. 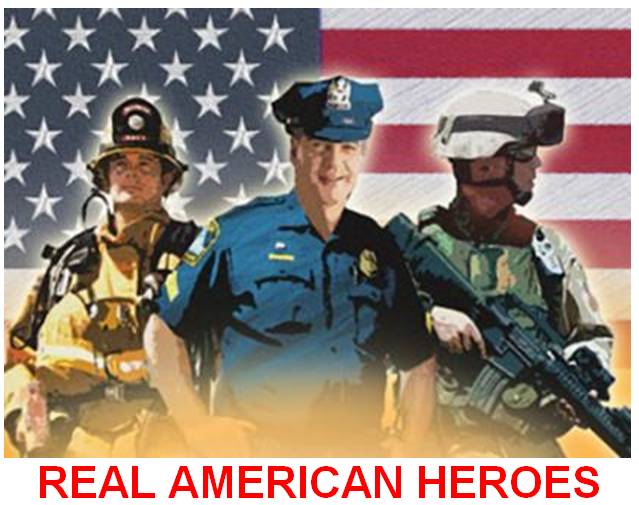