FRIDAY, JANUARY 13, 2017
Our countdown clock showing how many days, hours, minutes, and seconds we have remaining until Donald Trump can begin to undo all the damage Obama’s done to America during the last eight years.

And at the same time, we’re remembering what was happening on January 13, 2009, when there were only seven more days until Obama could begin damaging the country.

As soon as I saw Award-winning Photo Illustrator Artis Conception’s campaign poster, I decided not to run. —Senator RINOvich

After I saw Artis Conception’s photo in Monday’s Blower, I told all my supporters at my big Price Hill Chilibration that “It’s Never Too Early For A New Campaign,” since it’ll be time for the 2010 Elections in only 658 more days. —Steve Chabothead

May I expect the same high level of support from The Blower when I run for the Senate as I got for when I got my ass kicked for Vice President? —Loser Lobbyist Rob “Fighting for Lost Legacies” Portman

At least I didn’t cry at my last official press conference on Monday, like the DemocRATS always do. —President Bush, counting the minutes

That’s why we chose Tricky Dick’s: “You won’t have Nixon to kick around anymore, because, gentlemen, this is my last press conference.” —Your Quote for Today Committee

Don’t worry. Everything that goes wrong for the next four years we’ll still be blaming on Bush. —Obama Supporters in the Press

Us too! —Late Night Comedians on TV

It was a really sad day when even The Blower succumbed to parroting DemocRAT talking points about Bush in Monday’s e-dition. —Conservative Advocates

The good news is: There’ll be 5,000 no-flush port-o-lets at Obama’s Coronation in Washington. The bad news is: It’s BYOTP (Bring Your Own Toilet Paper). —The Obama Coronation Team

In just one short week our newborn savior will take his sacred oath of office. So, please plan to attend one of the MoveOn.org President Barack Hussein Obama Inaugural Bashes in your area! —Our Obsessive Compulsive Obama Supporting Friend Tom

I thought Tom’s “stimulus package” was pretty good the other day. But I really, really, really can’t wait to get a good look at the package President-for-life Barack Hussein Obama is planning to drive home.  —Tom’s Obamaniacal Wife Rose

If you don’t have anything to wear, we’re selling really cool “Party Like a Barack Star” Hooded Sweat Shirts for only $54.99 plus shipping. —MoveOn.Org

I’m not sure what these people are selling, but I just ordered three of them. —Bobby Leach

Do you think Obama will be to “BS” what I was to “BJs?” —Monica Blewclintski 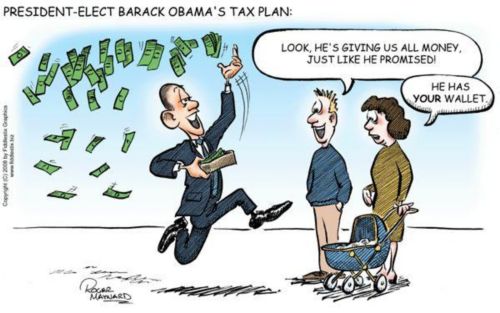 Please don’t call me a wussie just because on Monday, my first official act was to cave in and vote for Devious DemocRAT David A. Pepper as the President of the Hamilton County Board of Commissioners. —Me, Greg Hartmann

The reason I had to take that part-time job with $tan Che$ley is because no self-respecting Republican law firm would make me an offer. —“JayWalking Joe” Deters

Saturday when I opened my property tax bill, it was a whole lot less than last year, thanks to my long-time friend, the Disingenuous DemocRAT Hamilton County Auditor (who was permitted to run unopposed by the RINOs at 700 Walnut Street). —Bill “The Ethnic Cleanser” Seitz

Did you see all my press releases about all those liberal whackos endorsing me to fill Little Lord John Joseph Cranley IV’s empty seat on clown-cil? —Brian Garry

People are wondering what kind of political portent it was it when we scheduled our upcoming Lincoln-Reagan-Che$ley Day Dinner of a Friday the 13th. —Hamilton County RINO Party

May I still count on The Blower’s enthusiastic endorsement for that Republican National Committee Chairman’s job? —Buckwheat Blackwell

How can The Blower endorse Buckwheat when Rick “The Batboy” Robinson is using his business e-mail to solicit funds so Bluegrass Boy Mike Duncan can keep his job as RNC Chairman? —Bluegrass Bureau Chief Ken CamBoo

On this date in 1864, Stephen Foster died at the age of 37. Foster wrote many famous songs, including “Camptown Races” and “My Old Kentucky Home,” where the darkies are always happy and gay. — Hurley the Historian

Please don’t ask if they had a Chippendale guy popping out of my birthday cake on Sunday. —Miss Vicki

The NFL playoff schedule is really confusing. Please tell us which team the Bungals play next. —TV 19 News

Sometimes The Blower makes fun of clueless politicians to show that unqualified candidates will not be tolerated in our society. This should be clear to anybody who does not call a press conference at his home in Terrace Park at 8AM. 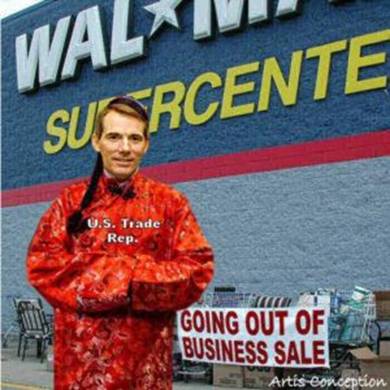 This publication is a work of fiction. Any similarity to persons living or dead without satirical intent is purely coincidental — especially The Portman for Senate Campaign.