WEDNESDAY, JANUARY 11, 2017
First, we have our big countdown calendar showing how many days, hours, minutes, and seconds we have remaining until Donald Trump can begin to undo all the damage Obama’s done to America during the last eight years. 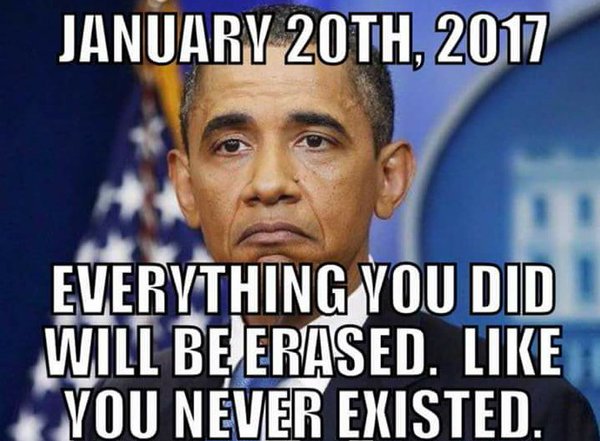 And at the same time, we’re remembering what was happening on January 11, 2009, when there were only nine more days until Obama could begin damaging the country. 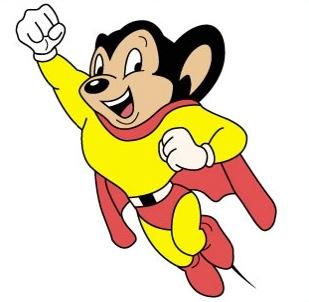 Here We Come to Save The Day

Yesterday The Blower exclusively reported that there was no need to worry about a big terrorist attack at the “historic” Coronation of His Excellency, President for Life, Field Marshal Al Hadj, Doctor Barrack Hussein Obama Dada in only nine more days because Obama Supporters in the Press had just announced that Spiderman would be there to battle the evil-doers. And if that isn’t enough protection, maybe we could get Mighty Mouse to fly in to save Obama. 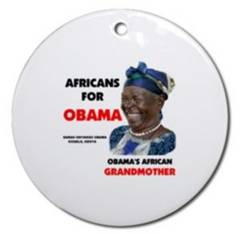 In Washington, our DC Newsbreaker had a friend who has been tasked by the Prez-elect to bring his grandmother and seven other relatives from Kenya to the Obama’s Coronation. Word was it was being held up by the President and Foreign Minister of Kenya who want, for themselves, visas, a private plane, rooms and personal security for each of 24 in their entourage, as well. We would see who’d win.

Over at Scrappleface, Scott Ott said although the first $350 billion dose of over-taxed payer cash failed to rescue the economy, President George Bush feels certain that the next $350 billion he’s requesting from Congress will be “luckier.” 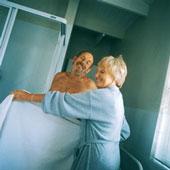 When we last left our Obamaniacal, slavishly liberal, lunatic, Barack lap dog sycophants Tom and Rose they were discussing the current crisis outlined in their latest MoveOn.org e-missive about the rocketing 7.2% unemployment resulting from the failed policies of the Bush Administration. “Tom, I hope Congress goes along with our sweet Obama’s plan to endlessly extend unemployment benefits!” Rose, speaking of extensions . . . and things rocketing . . .  talking about Obama makes me swell with pride!” Pulling back Tom’s towel Rose exclaimed, “My sweet Obama Tom, I haven’t seen anything like this since . . . since . . . since . . . [Editors Note: We’ll have to get back to you.]

In that day’s Blago Scandal Update, a Chicago furniture company was mocking Obama’s buddy in a newspaper day. Getting in on the fun, the Las Vegas Wranglers hockey team revealed the jersey designs for their “Rod Blagojevich Prison Uniform Night” on Friday, Jan. 30 against the Bakersfield Condors.

Hurley the Historian said on this date in 1775, Francis Salvador became the first Jew to be elected in the Americas, taking his seat on the South Carolina Provincial Congress. In June 1776, Salvador became known as the “Southern Paul Revere” when he warned Charleston, South Carolina, of the approaching British naval fleet. On August 1 of the same year, while leading a militia group Salvador was wounded and then scalped by the Cherokees. Maybe that’s why so few Jews run for office.

Representing another religion, this week, Flying Buttress (What Inquisitors’ Minds Wanted to Know) Publisher Tomas de Torquemada took a little political detour, in order to dissent – while dissent was still permissible – against the prevailing manufactured euphoria regarding the imminent presidency of Barack Obama.

No wonder Beloved Whistleblower Publisher Charles Foster Kane was telling Political Insiders why the venerable “Conservative Agenda” needed to become more of a Conservative Advocacy Group, because nobody was really representing the Conservative Agenda anymore, especially all those groups currently paying only lip service to Conservative Ideals. 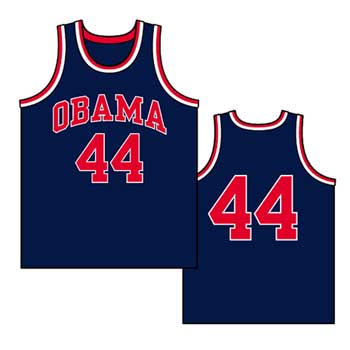 The Incredibly Shrinking Fishwrap was still trying to sell keepsakes of Obama’s “historic” election for your home or office. The Fishwrap’s front page from November 5 was available framed or unframed. for each of the dumbed-down, self-absorbed, media-influenced, celebrity-obsessed, politically-correct uninformed short-attention-span Obama voters who turned Hamilton County “Blue” on Election Day. They also had T-shirts and coffee mugs.

And just when you thought you’ve seen it all, you could check out the “official” Obama basketball jersey being sold by Obama’s Coronation Committee. It was obviously numbered #44. It was supposed to be great to shoot hoops in. And it only cost $130. Maybe that’s why our Quote for Today Committee chose the famous line questionably attributed to P.T. Barnum “There’s a sucker born every minute.”

In Columbus, Buckeye Bureau Chief said the big buzz this weekend was about whether U.S. Senator George RINOvich really planned to run for re-election in 2010 and Rob “Fighting for Failed Legacies” Portman was calling everybody he knew telling them he really could be a contender. Maybe Buckwheat Blackwell could’ve put in a good word, that’s if he could’ve raised enough money to get himself elected the new Chairman of the Republican National Committee. Meanwhile, just in case RINOvich did plan to run again, Award-Winning Photo Illustrator Artis Conception was already working on a campaign ad. 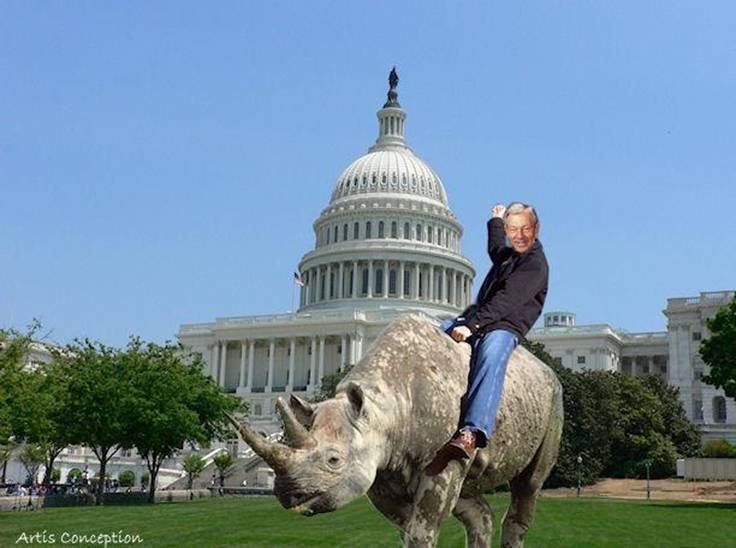 In David A. Pepper’s 2008 Annual Report, the Devious DemocRAT Hamilton County Commissioner claimed “2008 was a year of progress on many fronts in Hamilton County.” Now you know why Chris Finney explained what the “A” stood for that time.

And just when you thought it was safe to go to the mailbox, your jacked-up Hamilton County Property Tax Bills arrived on Saturday. We bet Bill “The Ethnic Cleanser” Seitz was glad to see his incredible tax reduction from his long-time friend, the Disingenuous DemocRAT Hamilton County Auditor (who was permitted to run unopposed by the RINOs at 700 Walnut Street).

The economy must not be as bad as Obama tells us it is. There are plans to build a “couple of million dollars’ dog park/lake/ 3,000 seat amphitheatre for viewing dog’s diving competitions on Newtown Road, of all God forsaken places! Actually, next to the Church of What’s Happening Now that’s being built on the old golf course.

Also on Saturday, Brian Garry’s press release claimed: “Top Clergy Back Garry for Council Appointment.” Was this guy following the Obama game plan or what?

And the CPS schools were luring high schoolers, to a breakfast with food they don’t want, with a chance to win an IPOD… the best line of the Enquirer article was a student who said, “I’ll pretend to eat it if I can win an IPOD!” Children’s Hunger Alliance $9,500 food money and food down the drain!

And do wonders never cease? Did the Forest Hills Urinal screw up and actually publish a letter critical of the Forrest Gump $chool District’s humongous tax hike? 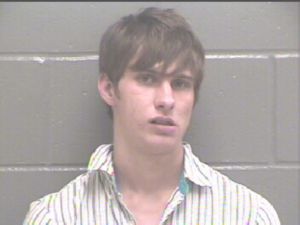 The first 2009 e-dition of Our Good Friend Kenton County Commonwelth’s Attorney E Rob Sanders award winning e-newsletter was on your cyber newsstands!  That week’s This Week In Kenton Circuit Court was choc-full-o the new year’s thugs, thieves, druggers and whores that looked remarkably similar to lthe previous year’s thugs, thieves, druggers and whores!  Apparently some things just don’t change!  Featured first was felonious firebug Justin Stahl who got sent to the slammer for 25 years after he burnt a house down because the kid who lived there stole his bag of pot.  But of course none of the televisions stations showed up to cover the news like they did when they thought the firebombing was racially motivated!

And now for a pop quiz… but don’t worry, regular readers of the Robster’s rag should have no trouble with this test… which guy was convicted of clocking a cop and which was convicted of consuming controlled contraband?

But Bluegrass Bureau Chief Ken Camboo reported that of all the successful stories that week, E Rob was most proud of the bill filed by KY State Rep-tile Joe Fischer (R-Ft. Thomas) at the Robster’s request, that would make scumbags who murder children eligible for the death penalty.  The Blower would certainly be monitoring the progress to see if any members of the NoKY Caucus vote against it!

Conservative Video of the Day