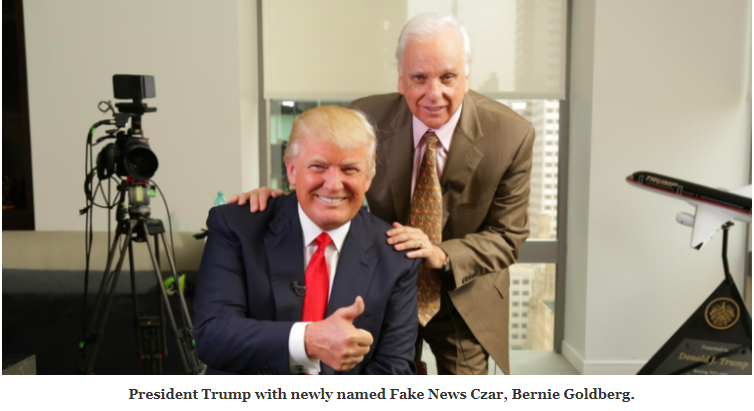 On Trump’s 1167th Day In Office, With Still None Of Obama’s Political Perps In The Slammer

Edition #44 (publishe on April 1, 1991) of the original printed edition of The Whistleblower (not the Newswire) was delivered to Persons of Consequence all over town. That was our First Annual Sincere Apology Issue. The Front Page featured a really sincere apology from the Publisher; The Top Ten List was of those things for which we felt we needed to apologize, and Other Apologies began with one to Channel 9 meteorologist wannabe Bob Alan, for reporting that he once made a lady friend install an air conditioner in her bedroom window because he didn’t like to sweat. 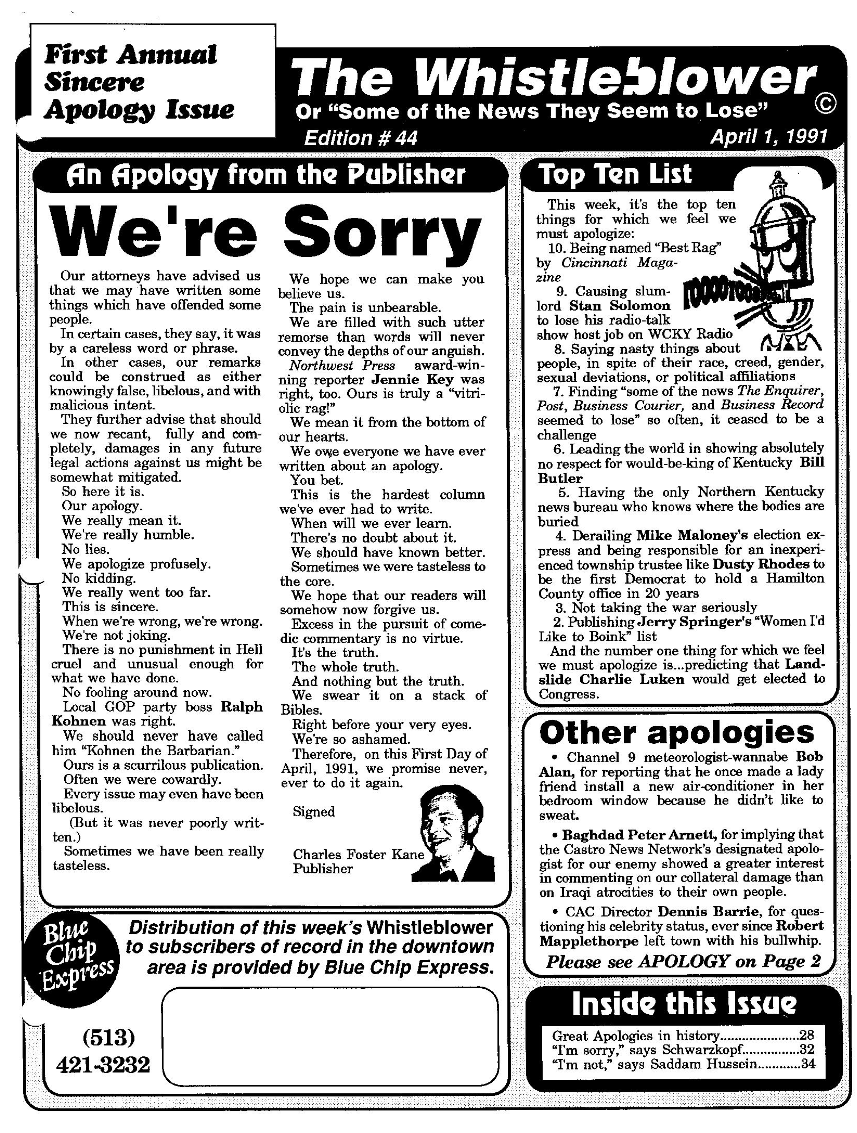 Page Two began with an apology to local political cartoonists Jim Borgman, Jeff Stahler, and Joe Hoffecker, for all the nasty things we though whenever used one of our ideas before we got the chance. 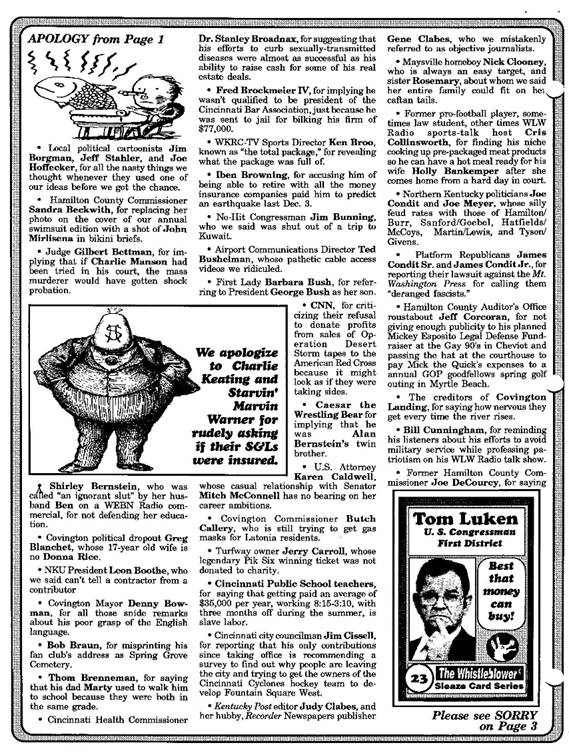 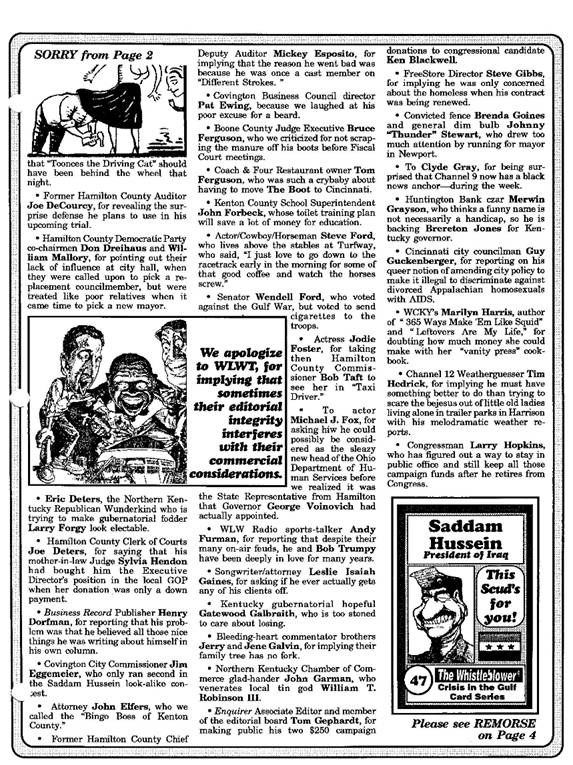 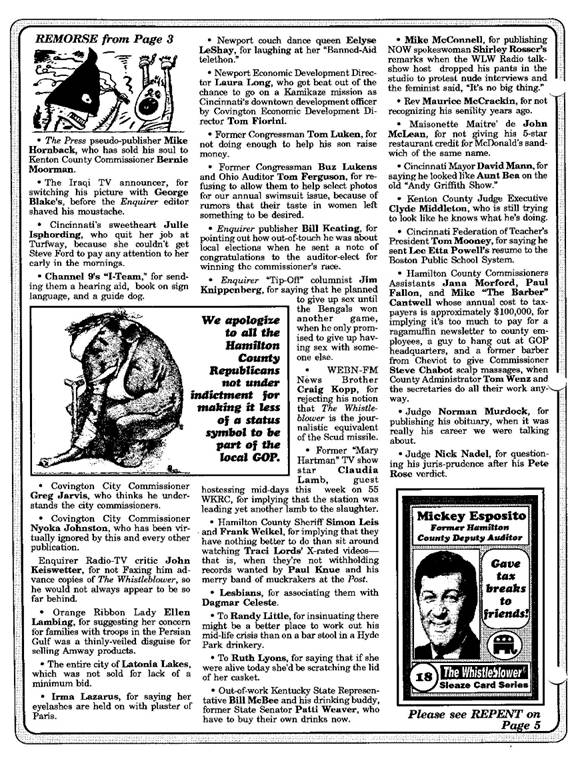 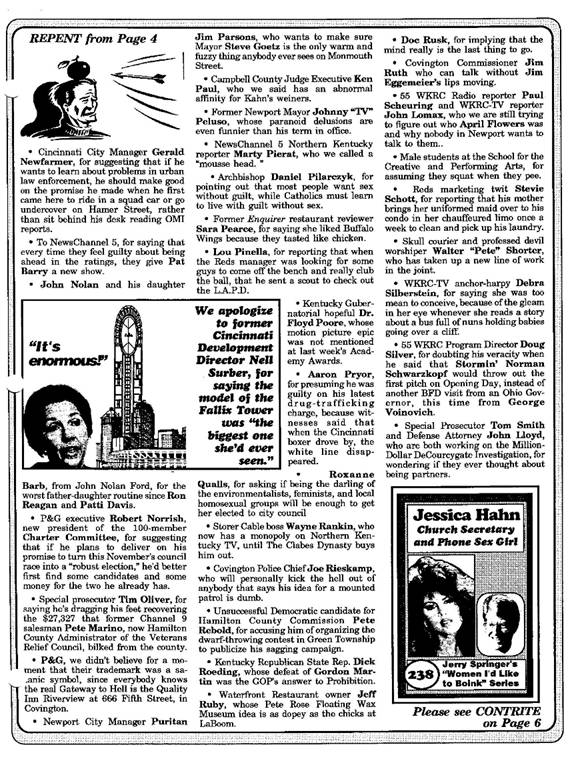 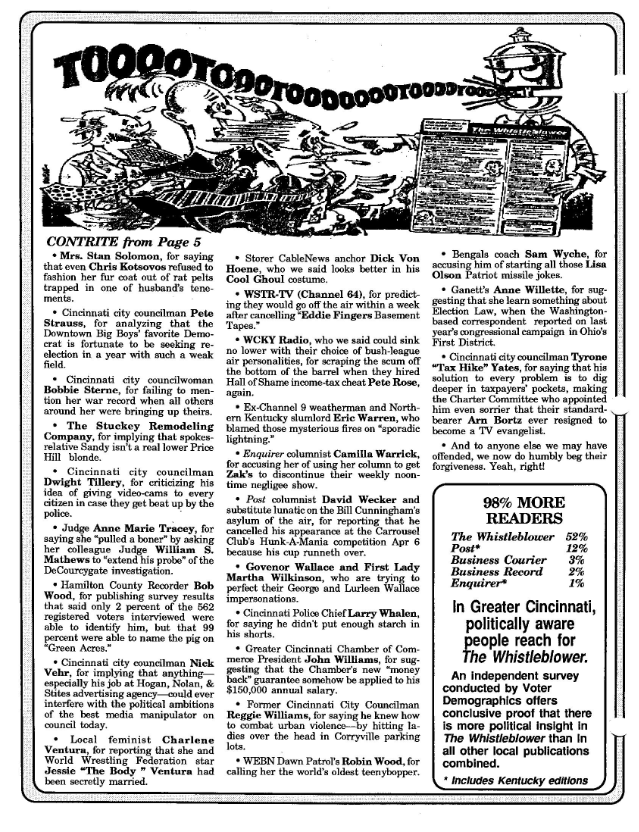