TODAY IS
MONDAY, FEBRUARY 10, 2020
WHERE TONIGHT’S MAGA RALLY IN NEW HAMPSHIRE RIGHT BEFORE THE D-RAT PRIMARY IS JUST A COINCIDENCE
On Trump’s 1116th Day In Office 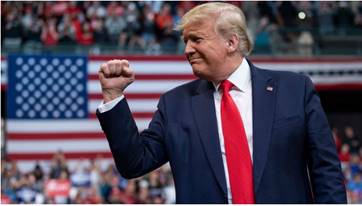 One of The Blower’s most-loved moments this evening watching The Trumpster’s MAGA rally in New Hampshire, coincidentally scheduled a only a few hours before the New Hampshire D-RAT Presidential Primary, was Trump’s encore performance of his previous reading of a sinister poem about a snake biting its host and dedicated the venomous verse to the anti-immigration police at Trump’s 2017 100-Day Revenge Rally In Pennsylvania to upstage the Disingenuous D-RAT White House Correspondents Association Dinner in Washington that Trump and his staff were boycotting to protest their Dishonest Media Coverage. 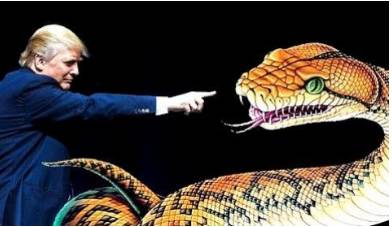 Actually, The Trumpster was reading the lyrics of Al Wilson’s 1968 song “The Snake,” in which a woman takes an sick snake into her home only for it to bite her once it has recovered. Trump dedicated his original recital to then-Secretary of Homeland Security John Kelly and our anti-immigration agencies. Trump had repeatedly read the sinister poem during his 2016 campaign as he vowed to build his “big, beautiful wall” along the Mexican border and warned about Radical Islamic Terrorists entering the US as refugees. 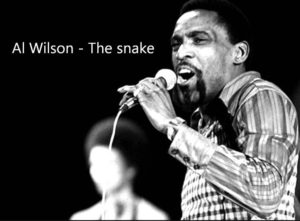 On her way to work one morning
Down the path along side the lake
A tender hearted woman saw a poor half frozen snake
His pretty colored skin had been all frosted with the dew
“Poor thing,” she cried, “I’ll take you in and I’ll take care of you”
“Take me in tender woman
Take me in, for heaven’s sake
Take me in, tender woman,” sighed the snake 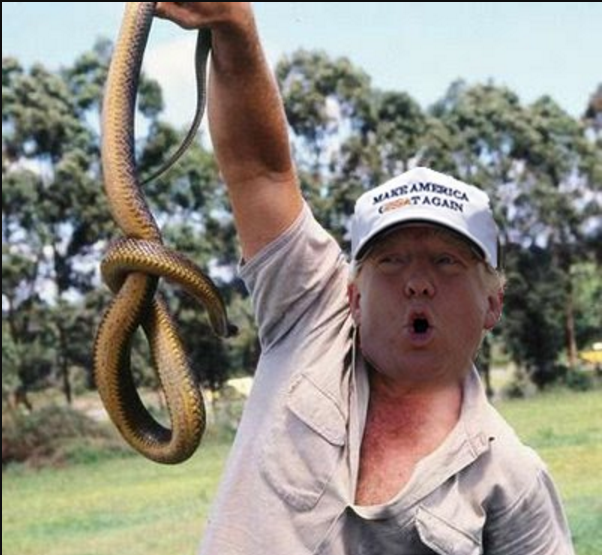