This morning at the Conservative Agenda, Political Insiders were asking Beloved Whistleblower Publisher Charles Foster Kane if there was ever anything more fun than watching that Really Stupid AntiFa Protester getting shot in the balls with a pepper ball after kicking tear gas back at police during Reuters’ Anti-Trump “Peace Activist” Riots following the Trump Rally in Phoenix. “It was the shot seen ‘round the Internet,” Kane explained. 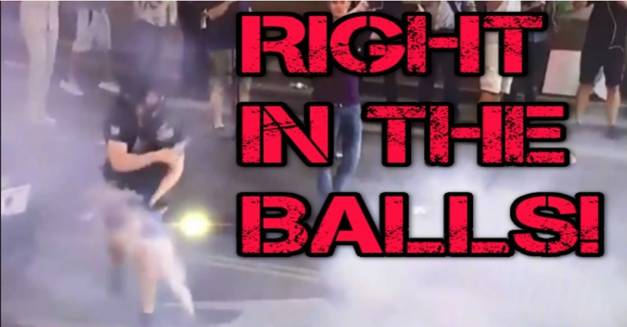 Imagine 29-year-old Joshua Stuart Cobin’s surprise when he also got to do the Perp Walk on CBS 5 after Phoenix Police arrested him Thursday night on three felony counts of aggravated assault on police along with one misdemeanor count of unlawful assembly. 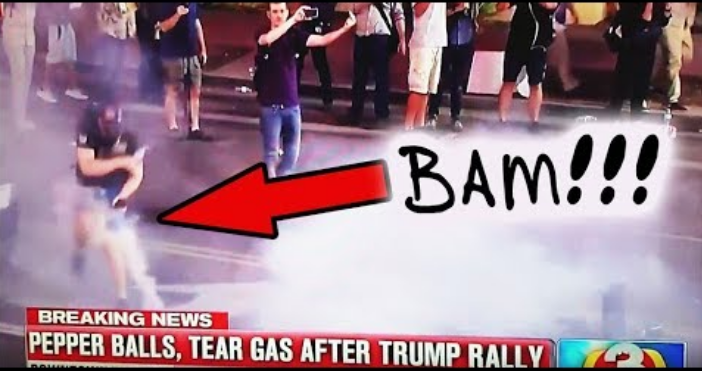 “The Blower hadn’t had this much fun since we told people how Cincinnati Police Officer Matt “Shoot ‘em in the Dick” Martin got his ‘Official Whistleblower Nickname,’ ” Kane added.