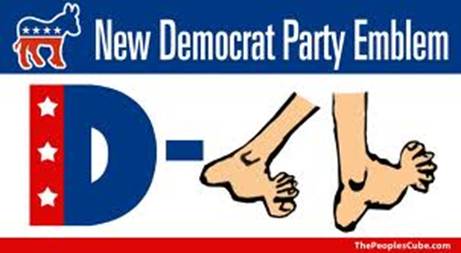 And today, with word that the White House is preparing for Total War with the “Fake News” Media by preparing an aggressive operation to Dispute, Discredit, and Defeat Leftist Press Misinformation, during the next 522 days until the 2020 Elections, here are a few other D-words that come to mind whenever The Blower, as the Official Voice of the Conservative Agenda, thinks about the five members of the “Destroy Trump Alliance” (The Destroy Trump Media, Disingenuous D-RATS, The Deep State, Never Trumpers, and Establishment Republicans)