— This Just in From The White House — 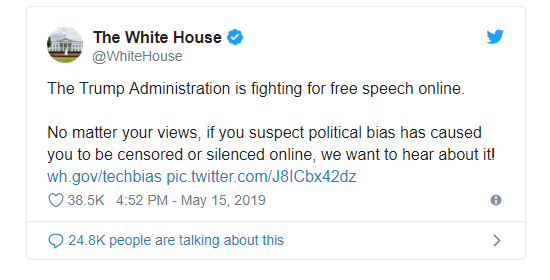 Yesterday, the White House launched a new tool for people to use if they feel they’ve been wrongly censored, banned, or suspended on social media platforms like Facebook and Twitter.

“Too many Americans have seen their accounts suspended, banned, or fraudulently reported for unclear ‘violations’ of user policies,” the site reads. “No matter your views, if you suspect political bias caused such an action to be taken against you, share your story with President Trump.” 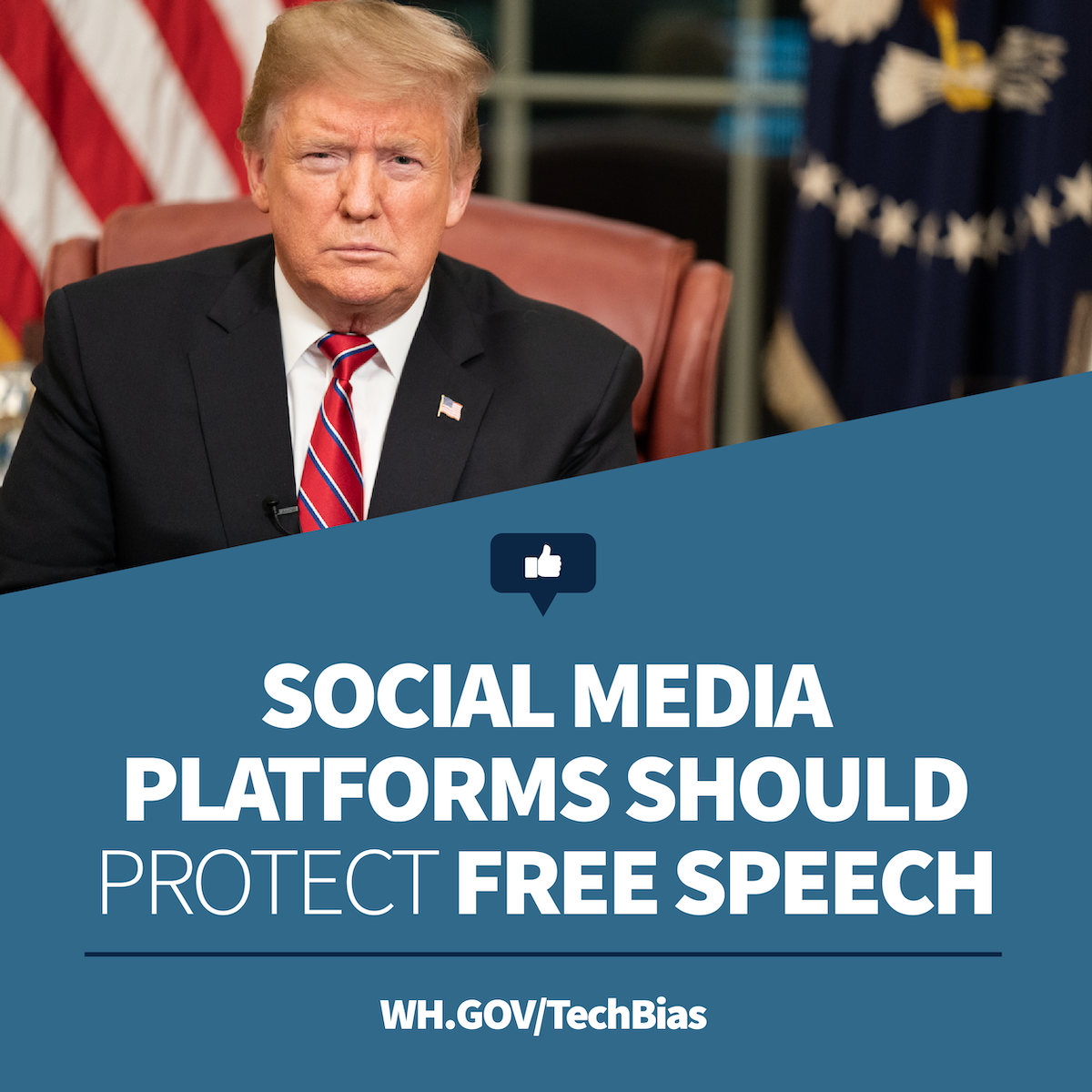 “If you suspect political bias caused such an action to be taken against you, you can share your story with President Trump”