Bluegrass Bureau Chief Ken CamBoo says PoliZette is reporting Judicial Watch announcement Wednesday that it is suing the state of Kentucky, alleging that the state and 48 counties have more registered voters than citizens 18 and older.

The Bluegrass State was one of 12 that Judicial Watch recently threatened with a lawsuit. The organization noted that the National Voter Registration Act and the Help America Vote Act require states to regularly clean their voter rolls.

Kentucky has perhaps the dirtiest election rolls in the country,” Judicial Watch President Tom Fitton said in a prepared statement. “Federal law requires states to take reasonable steps to clean up their voting rolls — and clearly Kentucky hasn’t done that. Dirty voting rolls can mean dirty elections. This lawsuit aims to ensure that citizens can have more confidence that elections in Kentucky won’t be subject to fraud.”

Representatives for Kentucky Secretary of State Alison “Wondergams” Grimes did not respond to inquiries from LifeZette. But spokesman Bradford Queen told Fox News that Judicial Watch is a “right-wing organization masquerading as a citizen advocacy group” and accused the organization of trying to make it harder for people to vote. 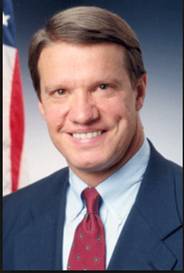 The CamBoozler says The Blower needs to hear more about counties in Northern Kentucky like Boondoggle and Kenton where the number of registered voters exceeds the number of voting-age citizens, as calculated by the U.S. Census Bureau’s 2011-2015 American Community Survey. Campbell County didn’t even make the cut but Judge/Executive Steve Spendry says they’ll try to have more voters than actual residents for the 2018 Primary Elections in only 186 more days.