TODAY IS
TUESDAY, NOVEMBER 08, 2022
TRUMP’S SIX-HUNDRED-AND-FIFTY-SEVENTH DAY OUT-OF-OFFICE
AND BUT WHAT IF THAT BIG RED WAVE TURNS INTO A PURPLE SPLAT 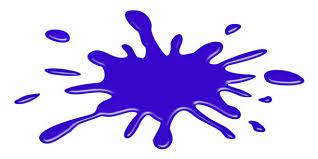 Déjà vu All Over Again

Two years ago, Kane said they should’ve moved his polling place from the church basement to the neighborhood nursing home. It would smell the same and the people who work at the polls wouldn’t have so far to go. 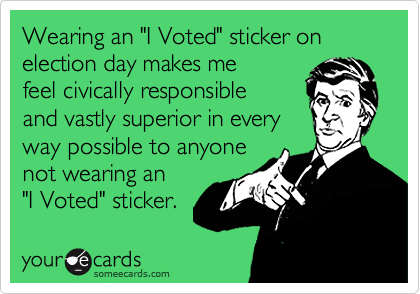 Usually, Republican poll workers gave out stickers to Republican voters that said “I VOTED” and Disingenuous D-RAT poll workers handed out stickers to the D-RAT voters that said, “I VOTED TWICE.” But on this first Tuesday in November, Precinct G in Anderson ran out of “I Voted” stickers. Precinct H didn’t even get any to begin with. They must have been expecting a really low turnout. Or maybe Hamilton County Party Boss Alex T., Mall Cop GOP was in charge of the planning.

This year they had a new electronic voter sign-in system that might take a little getting used to, but Kane remembered the last time he voted in person when he wondered if each of those poll workers got the same amount of money on Election Day, because shouldn’t the geezer who took 15 minutes not to find your name in the book get more than the smelly old lady whose only job seemed to be to sit next him hollering, “Could you spell your name louder?”

This year for Real Republicans in Anderson, voting had become more difficult after the Legislature in Columbus changed the district and moved the City of Cincinnati’s Stupidity And Corruption all the way to the Clermont County Border.

You’ll know how those races turn out when you see which headline The Blower chooses for tomorrow’s Official “Election Results” E-dition: “GOP Wins” or “Fraud at the Polls.”