At this afternoon’s meeting of the Conservative Agenda, Political Insiders were counting the days till August 1, when Straight Pride Month will begin, probably because August’s heterosexual events will include the “Annual Straight Pride Parade” in Anderson Township. Event Organizer Marvin Manley says this year’s Straight Pride Parade should be even better than last year’s, especially with President Trump’s Proclamation endorsing “Straight Pride.” 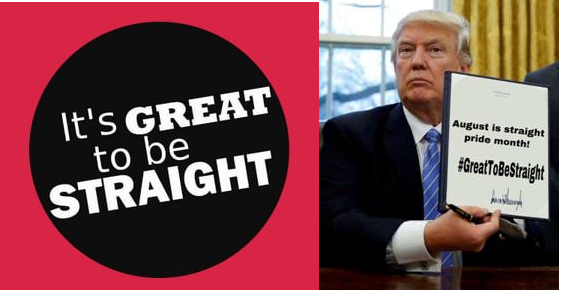 “Straight people are an oppressed majority,” Manley explained on the group’s website, “and we will fight for the right of straights everywhere to express pride in themselves without fear of judgement and hate.” 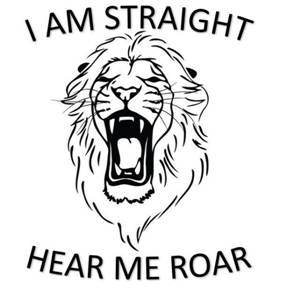 Coming straight to the point, the group advocates on behalf of the heterosexual community in order to build respect, inclusivity, equality, diversity, unity, solidarity, dignity, social mobility, empowerment, sustainability, justice, awareness, intersectionality, human rights, education, access, participation, dialogue, visibility, tolerance, and alliances with people from all walks of life.  We encourage everyone to embrace Anderson’s diverse history, culture, support for the Anderson Redskins, and identity regardless of sexual orientation.

Manley envisions an America in which the oppressed are granted civil freedom and equality, and in which oppressors are liberated from their own confinement, trapped in notions of freedom that require the subjugation and dehumanization of others.

Emerging from that historical nightmare would be grounds for the straightest parade of all.