According to all those respected political scientists who measure the effectiveness of Conservative Political Activity at the American Conservative Accountability Project (ACAP), thirteen years ago on Flag Day was only the “second biggest day” in the decline and fall of the fortunes of Conservatives in Southwest Ohio. 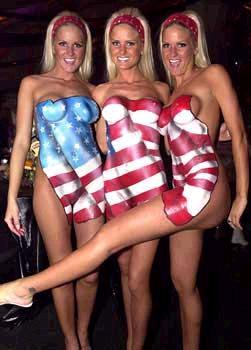 That Local Insider who at one time claimed to be writing a long-overdue book about all that Wandering in the Wilderness going on at Hamilton County RINO Party Headquarters, says nine years ago on Flag Day, GOP Mall Cop Alex T. and the rest of $tan’s Soul-mortgaged RINOs attended $tan’s Second Annual Brunch to honor our Bitch-in-a-Ditch (only the day after The Fishwrap disclosed Mean Jean’s multi-million dollar net worth on its front page), as they all showed what they thought of that big Cincinnati TEA Party and Cincinnati Project 912 Rally for Freedom in Southwest Ohio at the Bandstand in New Richmond, Ohio (which claimed 1,480 confirmed RSVPs) on Flag Day 2009. Shown here are Patty, Maxine, and Laverne, winners of The Blower’s Flag Day Body Painting Contest.

But the best part about Anderson Township’s Largest Flag Day In The Area and President Donald J. Trump 71st Birthday Parade (Five-Miles Long, 542-Units) tomorrow morning  according to the Anderson TEA Party was, “Mean Jean” will not be allowed to participate. 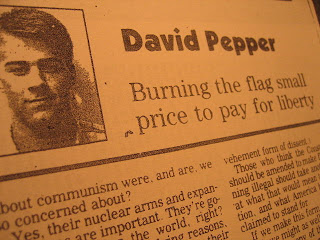 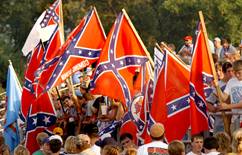 The Blower remembers when Retired Cleveland Pain Dealer News Hawk Turned Bellwether Blogger Bill Sloat said we should all watch that year’s National Museum of American History’s “Raise It Up! Anthem for America” concert to honor the 200th Anniversary of the Star Spangled Banner that afternoon. Everybody should go outside and sing it at 2 PM tomorrow, and to fly the flag on June 14 — Flag Day.  Sloat likes “God Bless America” better because it is easier to sing.  Or “This Land is My Land,” because it is more about the USA.  Sloat doesn’t know if there’s any movement to scrap the anthem, but there should be, in his humble opinion. 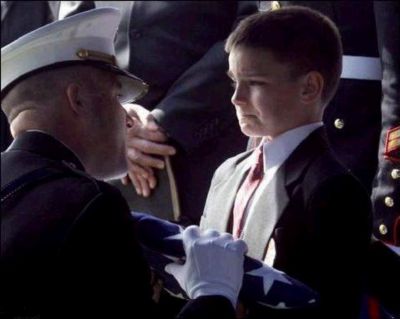