The Blower Proves This Every Day

This morning at The Conservative Agenda, Political Insiders were reviewing a CNN Money  report about how a recent Gallup Poll showed  “Trust in Media Is At An All Time Low.” 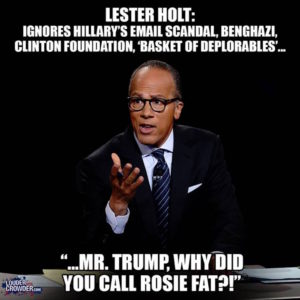 In a climate of bitter political partisanship, anti-media rhetoric and diversified media options, just 32% of Americans now say they trust the media “to report the news fully, accurately and fairly” — the lowest level since 1972, when Gallup began polling. “Now, only about a third of the U.S. has any trust in the Fourth Estate, a stunning development for an institution designed to inform the public,” Gallup said in its press release. While Americans’ faith in media has been in decline for over a decade, this year’s findings represent a sharp drop from the previous eight years, when between 40 and 45 percent of Americans expressed trust. The change is largely fueled by the aggressive anti-media rhetoric of Donald Trump and other Republicans, Gallup said. “With many Republican leaders and Conservative pundits saying Hillary has received overly positive media attention, while Donald Trump has been receiving unfair or negative attention, this may be the prime reason their relatively low trust in the media has evaporated even more,” Gallup said in its press release. 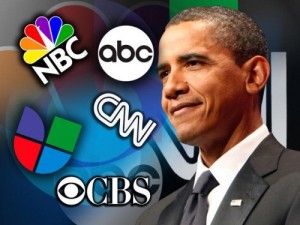 Curiously, a year ago today Gateway Pundit was saying much the same thing. Gateway explained that this is what happens when the vast majority in media aligns themselves with one party against half of the country. Only an idiot or a liar would suggest that the media is biased against Liberals. The media has always leaned left, but in the age of Obama they have staged an outright war on right-leaning Americans.

The TEA Party was called racist by media liberals from day one, while violent crime-ridden Occupy camps were called mostly peaceful. Opposition to ObamaCare and anything else Obama and DemocRATS wanted to do was called racist.

DemocRATS created the completely fake “War on Women” and the media propagated the lie every step of the way.

Whenever a Republican said something the media deems controversial, every single Republican is forced to comment on their remarks. DemocRATS are never subjected to this treatment. If time permitted, a dozen other examples could be provided.

Congratulations again to Gateway Pundit and now to CNN Money for finally helping to expose Liberal Media Bias. The Blower has only been saying these exact same things for the past 8,730 Days!

That’s why The Blower believes the next 40 days until the 2016 Elections will be the most important period in American History for our non-stop campaign against Political Correctness, the Devolution of American Culture, and the Liberal News Media. Candidates along with Obama’s and Hillary’s Supporters In The Kneepad Liberals in the Press will continue to lie and say really stupid things without a smidgen of journalistic integrity all to advance the Unholy Liberal Agenda.