Edition #37 (published on February 12, 1991) of the original printed edition of The Whistleblower (not the Newswire) was delivered to Persons of Consequence all over town. That Week’s “Really Big Story” was all about how “Pete Rose Got His Own Hall Of Fame.” The Top Ten List was the Top Ten Ways to George Bush would know it’s time to start a ground war, and a coalition between the DemocRATS and Charter Party. 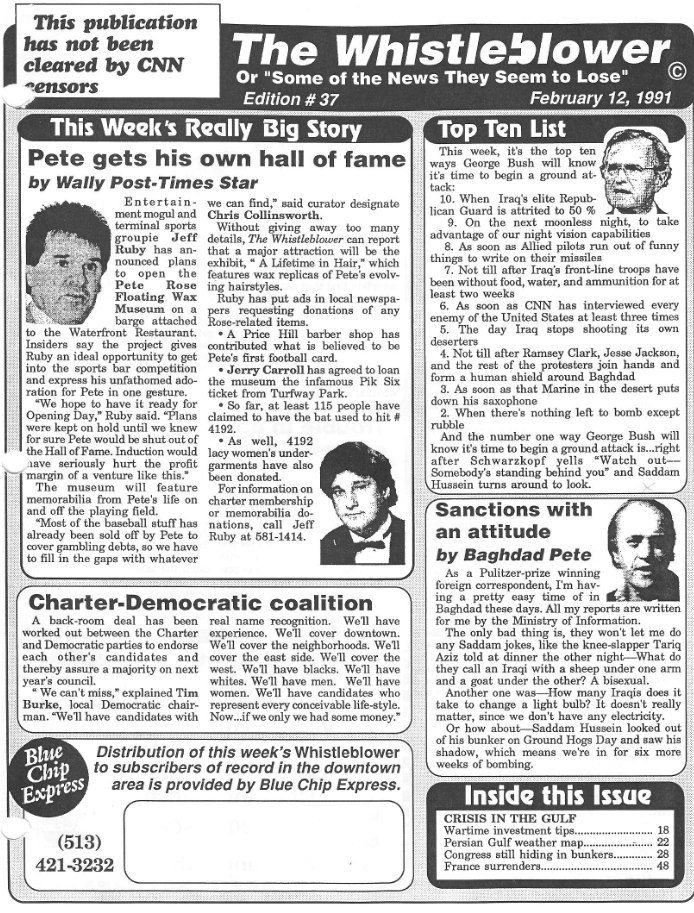 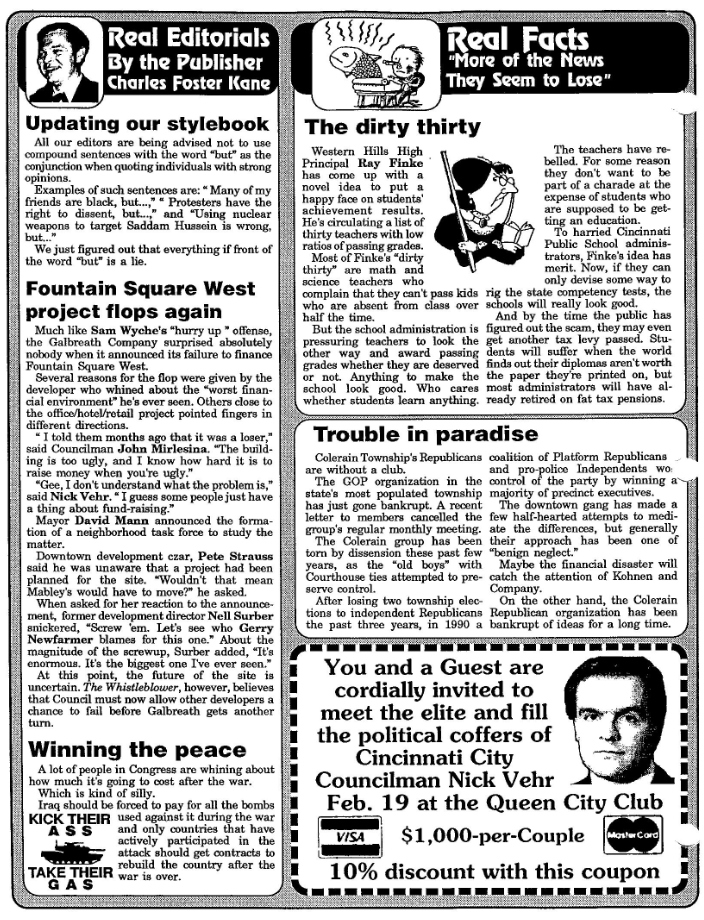 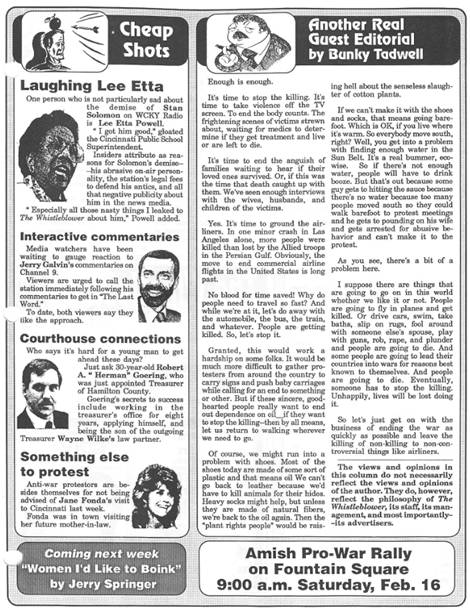 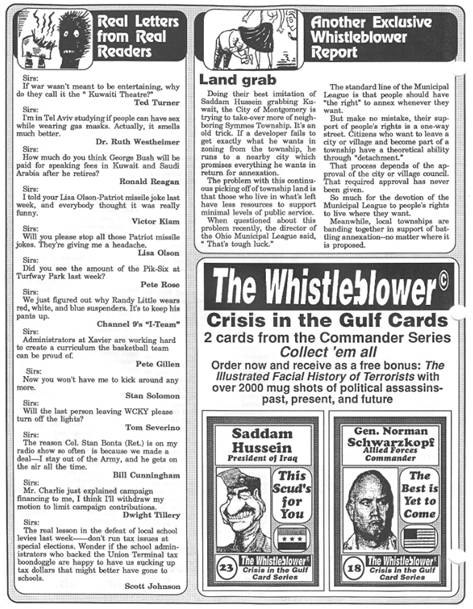 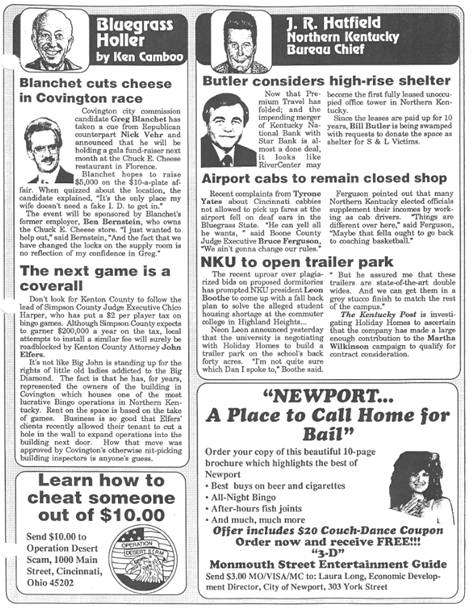 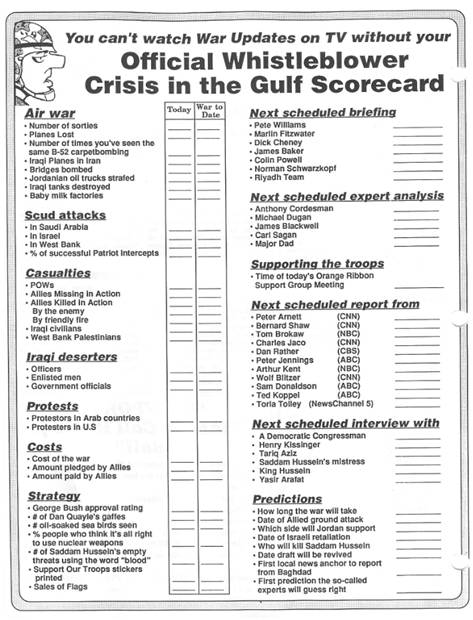