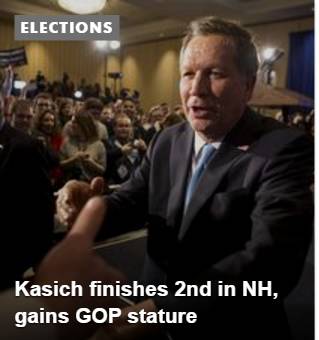 At this morning’s meeting of the Conservative Agenda, Political Insiders were asking Beloved Whistleblower Publisher Charles Foster Kane about all the folderol over Ohio Governor John Kasich’s second-place finish in last night’s New Hampshire Republican Presidential Primary. “He spent 64 days (including an estimated $10 million or so in ads, mostly run by a super-pac) conducting town meetings all over the Granite State,” Kane explained. “He certainly should’ve gotten more than a crappy 16% of the vote. And you really had to laugh when Kasich’s cheerleaders at The Fishwrap claimed Kasich’s BFD win in Dixville Notch vaulted him into “GOP Prominence,” whatever the hell that’s supposed to mean. 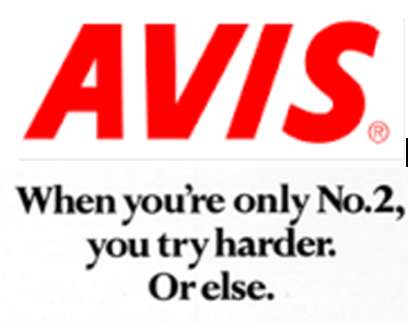 Maybe Kasich should now copy Avis Car Rental’s “We’re Number Two, We Try Harder” Campaign. In 1962, Avis was in search of a new advertising campaign. Since its inception, the car rental company had trailed behind the market leader, Hertz. So the ad agency Doyle Dane Bernbach decided to embrace Avis’ second-place status as a sneaky way to tout the brand’s customer service. “When you’re only No. 2, you try harder,” went the new tagline. “Or else.”

“Actually, as any honor student of the Forrest Gump School District can tell you, coming in second has long been a part of American History, Kane added, because Thomas Jefferson wrote, “We hold these truths to be self evident, that all men are created equal, that they are endowed by their Creator with certain unalienable Rights, that among these are Life, Liberty, and the pursuit of Coming in Second.”

And even the Pledge of Allegiance says, “One nation under God, indivisible, with liberty and Coming in Second for all.” 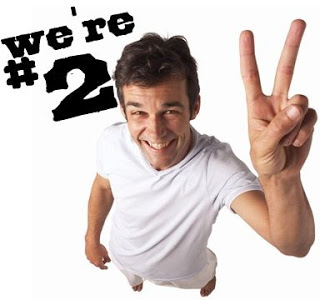 Do you remember when Patrick Henry said, “Give me Coming in Second or give me a death?”

Nathan Hale said, “I regret that I have but one Second Place Finish to give to my Country.”

John Paul Jones said, “I have not yet begun to Come In Second.”

George Washington said, “I cannot tell a lie. I Came in Second.”

Samuel Adams said, “Someday they’ll name a beer after me, and when they do, it’ll be Second Best.”

Daniel Webster said, “One country, one constitution, one destiny, and many People Coming In Second.”

At Gettysburg, Abraham Lincoln said, “The world will little note nor long remember what we say here, but it can never forget how we Came In Second.”

William Tecumseh Sherman said, “War is hell—especially when you Come In Second.”

George Armstrong Custer said, “Where in the hell did all those Second Place Indians come from?”

Woodrow Wilson said, “The world must be made safe for Coming In Second.”

Will Rogers said, “I never met a Guy Coming In Second I didn’t like.”

FDR said, “We have nothing to fear but Coming In Second.”

Douglas McArthur said, “I shall return—to Come In Second.”

Dwight D. Eisenhower said, “I think that people want to Come In Second so much that one of these days government had better get out of their way and let them have it.”

Albert Einstein said, “The hardest thing in the world to understand is why anybody would like to Come In Second.”

Sigmund Freud said, “Most of men’s problems can be traced to their subconscious feelings about Coming In Second.”

John Kennedy said, “Ask not what you can do for Coming In Second.” 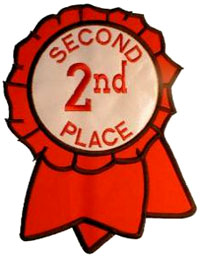 John Wayne said, “Sure Women have the right to Come In Second wherever they want, as long as they have your dinner ready when you get home.”

Rev. Martin Luther King said, “I had a dream about Coming In Second.”

Bill Clinton lied, “I did not Come In Second with that woman in the Oval Office.”

Not to be outdone, Obama now still he’s been Coming In Second for the past seven years.

And Front-Runner Donald Trump says, people like John Kasich who Comes In Second are “Losers!”