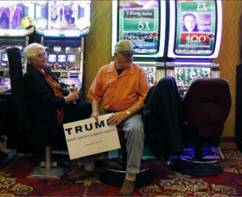 HILLARY IN THE SLAMMER: (As President, Donald Trump Would Prosecute Hillary)

SCALIA SCORECARD UPDATE: Senate Judiciary Committee Chairman Chuck Grassley held his ground on the Senate floor on Monday, putting forth the words of former senator and current Vice President Joe Biden — what Grassley called the “Biden Rules” — as support for the legislative body’s decision to block any replacement for the late Justice Antonin Scalia until after the 2016 election. Disingenuous DemocRAT Senators Durbin and Leahy do not look pleased. [READ MORE HERE]

HYPOCRISY ALERT: (Dishonest DemocRAT Chuck Schumer blew off past statements he and Vice President Joe Biden made about blocking Supreme Court nominees. The Daily Caller asked Schumer about his past statement in regards to blocking George W. Bush nominees in Bush’s final year and Schumer only repeated, “We should do our job.” When Schumer was asked if his stance was hypocritical, he fell silent and left on a Senate train. [READ MORE HERE]

SAD SANDERS SUPPORTER CRIES ABOUT MEAN TRUMP SUPPORTERS:(This girl cries about Bernie Sanders losing in Nevada to Hillary and because she can’t get over the “bad nature” of Trump supporters. Hilarious!) 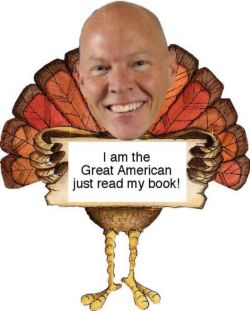 Deters has a colorful recent history, including losing roles in numerous lawsuits, not the least of which included Our Good Friend Kenton County Commonwealth Attorney E. Rob Sanders and The Whistleblower Newswire.

“Crazy Eric” is currently barred from practicing law in both Ohio and Kentucky. Deters said his suit pending against the Kentucky Bar Association is waiting to be decided by the 6th U.S. Circuit Court of Appeals. Deters said he was recommended to the Trump campaign’s Kentucky state chairman, Kent Geisler, who offered Deters the job. Geisler could not immediately be reached comment. [READ MORE HERE]

Winter is Trumping  Published on Feb 20, 2016 Armed with a Valyrian steel sword named Deal-Maker, Donald Trump embarks on a quest through Westeros to take care its border policies.