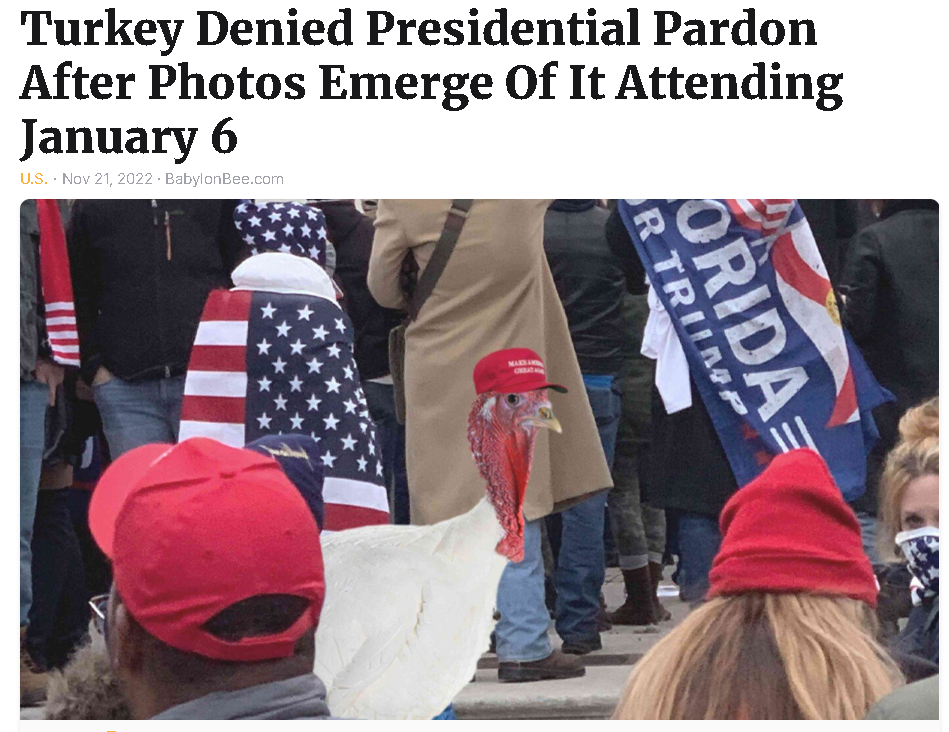 MONDAY, NOVEMBER 21, 2022
TRUMP’S SIX-HUNDRED-AND-SEVENTIETH-DAY OUT-OF-OFFICE
AND HERE’S SOMETHING YOU WON’T SEE ON THE NIGHTLY NEWS 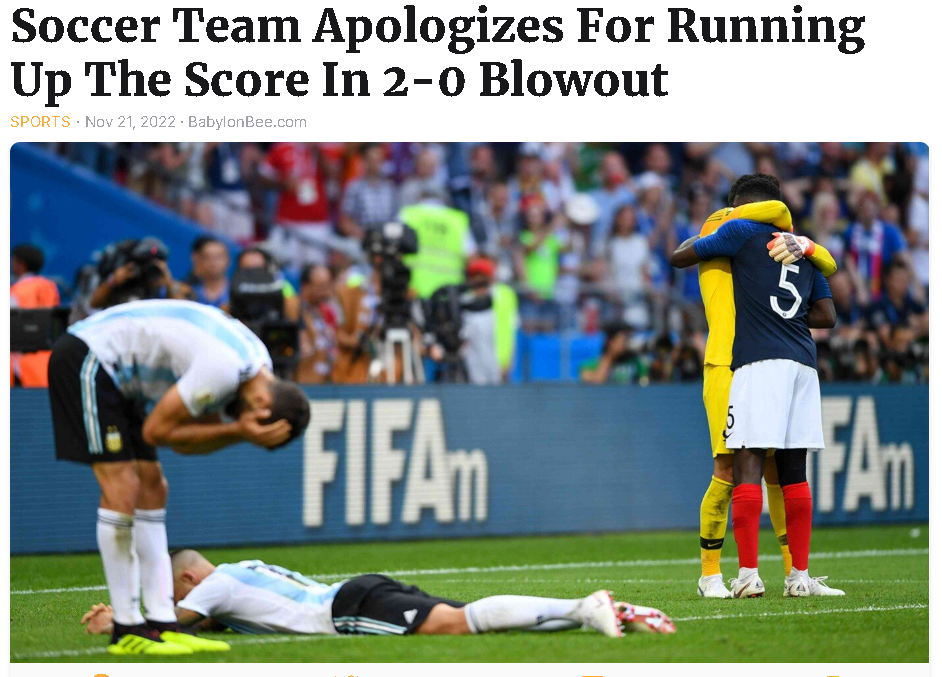 State With No Electricity Orders Everyone To Drive Electric Cars 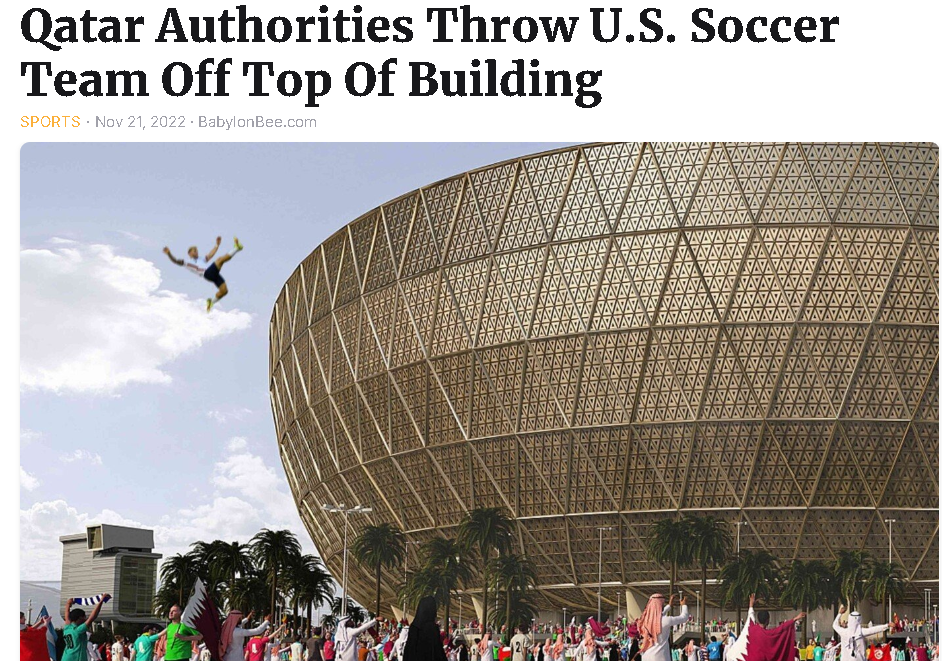 A guy we’ll call “Told-You-So Tadwell” wanted to ask Beloved Whistleblower Publisher Charles Foster Kane if Really Stupid Voters would’ve elected all those Bidenflation D-RATS if they’d known about higher energy costs this winter. “I can’t wait to tell them all to ‘suck it up’ when it gets really cold,” Kane said. 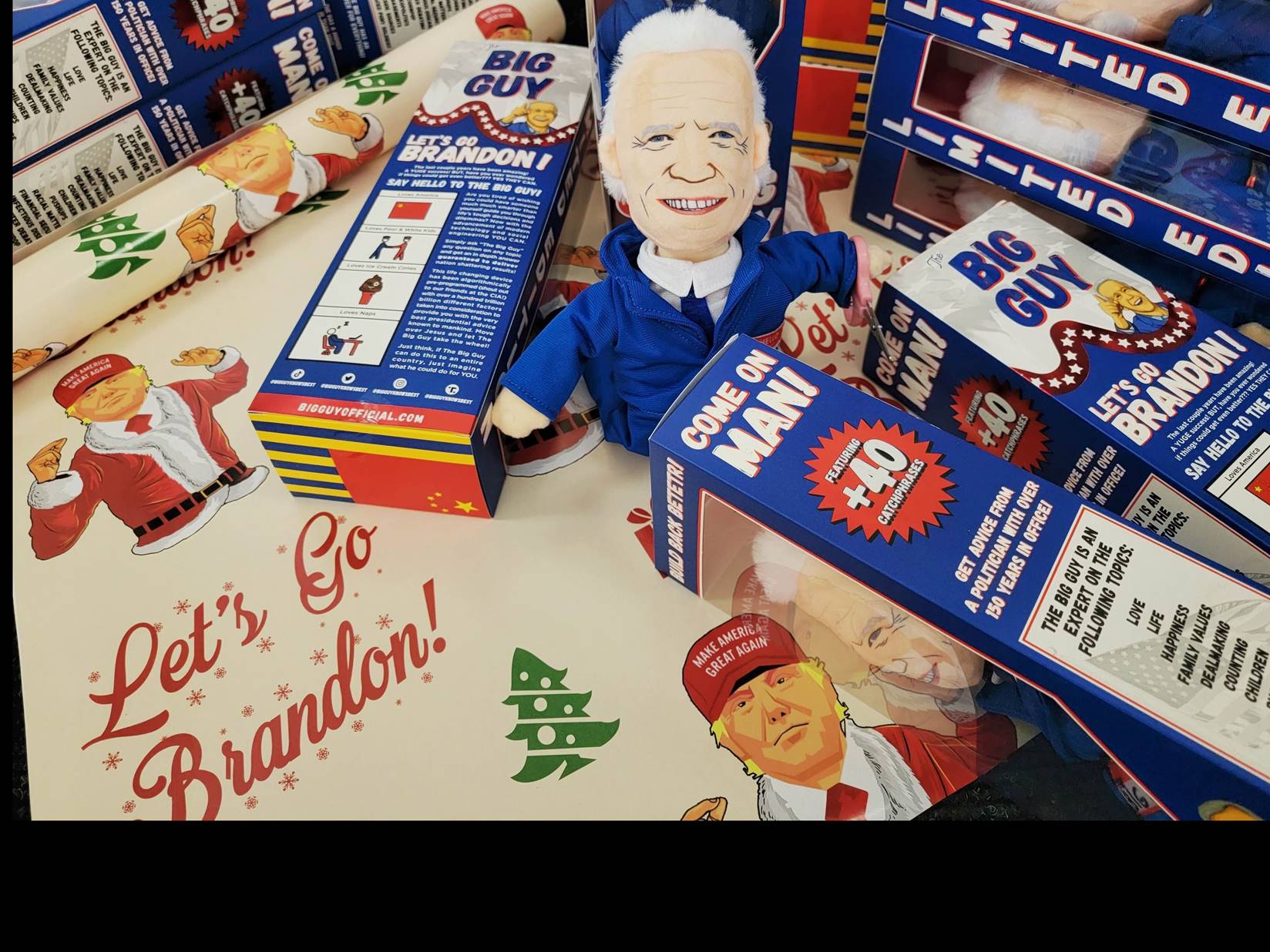 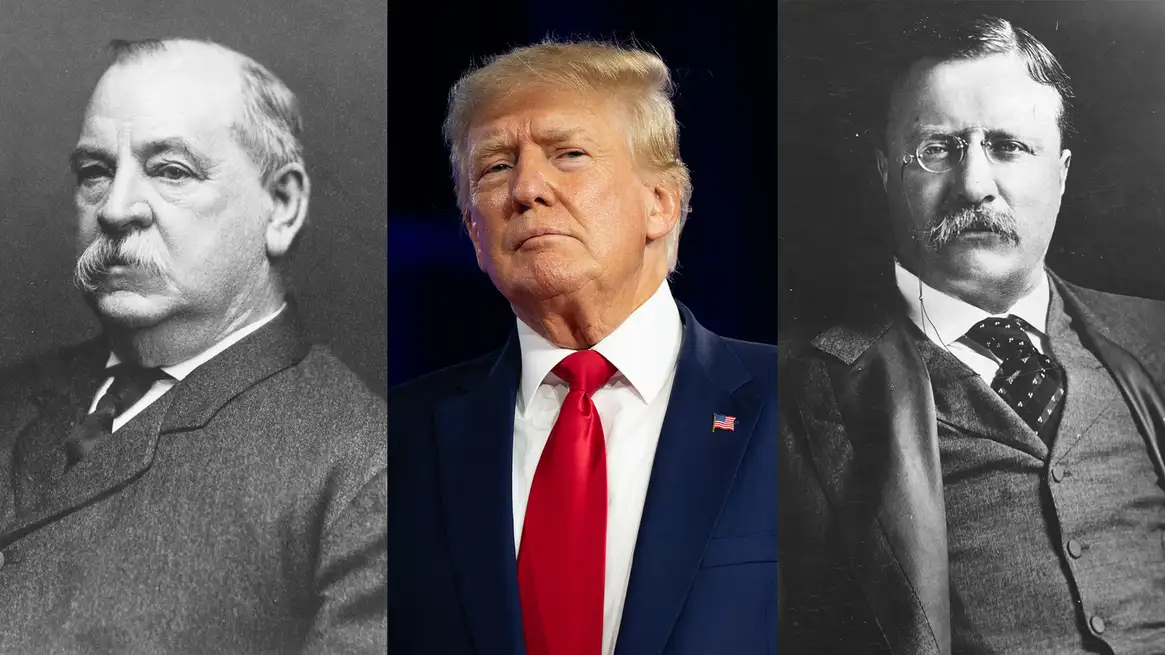 Andrew Jackson (1840): Jackson made a desperate run at a third term after learning that he failed to get all the Native Americans the first time around.

Grover Cleveland (1892): Faced with the difficult choice of years of nothing but quality time with his family or being president again, he nobly ran and won.

Teddy Roosevelt (1912): Needed something to do after hunting the world’s big game supply to extinction.

Richard Nixon (1992): Nixon entered the race with a, “Come on, that was all a long time ago!” campaign slogan.

Ronald Reagan (2000): A doddering Reagan announced his bid for the presidency to the condiments in his fridge.

Donald Trump (2024): Reluctantly threw his hat in the ring when he could no longer resist the pleas of a party—and a nation—that needed him more than ever. 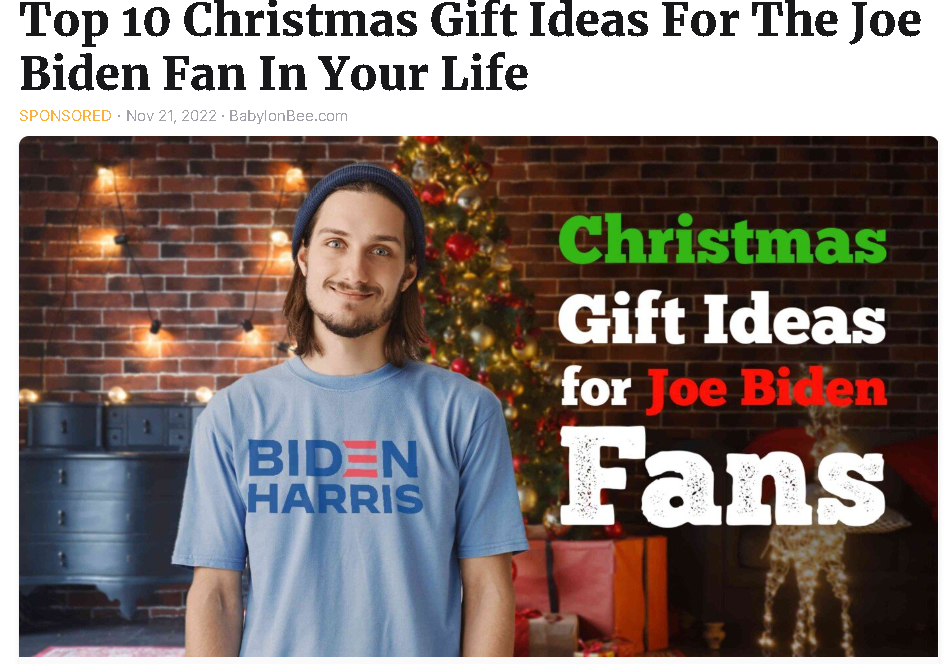 Brought To You By The Big Guy:

Joe Biden is the most popular president in history. You can’t throw a rock without hitting someone who voted for him! So, the chances are high that someone you love is a Biden voter.

With Christmas approaching, here are some great gift ideas for the Biden fan in your life:

If all of those gifts seem out of reach, why not give them their very own Biden doll? Adorable!

NOT SATIRE: Saving America one doll at a time! Big Guy Official is a patriot owned company and the last conservative outpost defending freedom in California.

Here at Big Guy Official we believe humor is the best weapon available (other than my AR) to help protect our republic and educate. Our doll is loaded with the most insane and wacky Joe Biden quotes that will forever live in infamy. It can also be passed down from generation to generation and will act as a reminder to never let our country fall into the hands of evil, corrupt, or senile globalists. Now you can own a piece of history!

The Big Guy is the perfect gift for fellow deplorables, gun lovers, meme lords, your uncle who loves Trump, your liberal sister that no longer speaks to you, or anyone that gets a skin-crawling feeling anytime Biden says or does anything. 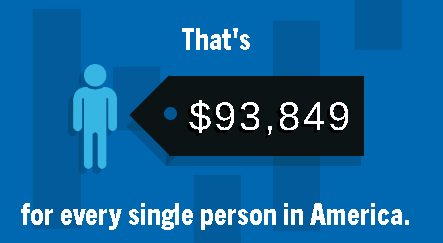 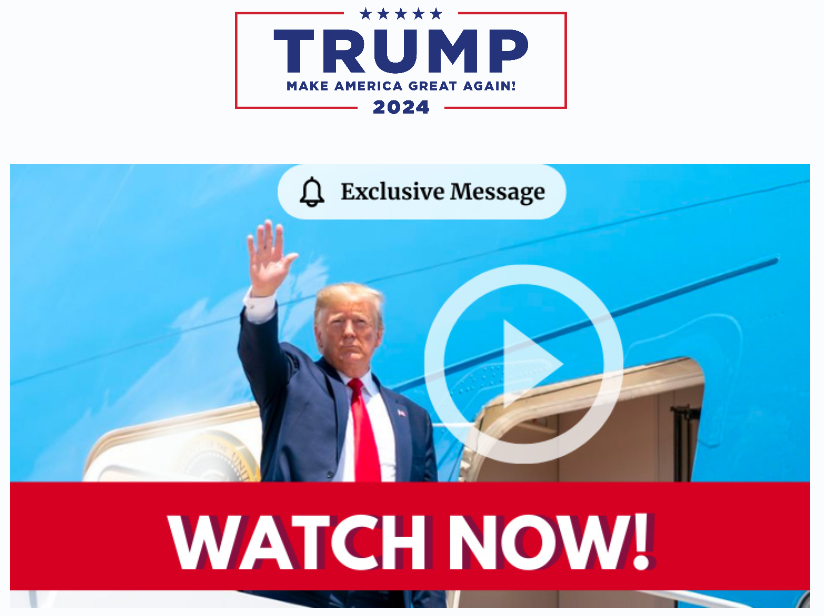 Foster Kane Says The Conservative Agenda is watching to see if any progress is made during the next 714 days before the 2024 elections.