TODAY IS
SATURDAY, NOVEMBER 05, 2022
TRUMP’S SIX HUNDRED-AND-FIFTY-FOURTH DAY OUT-OF-OFFICE
AND WE’RE WAITING FOR SOME CANDIDATE TO PROMISE THIS 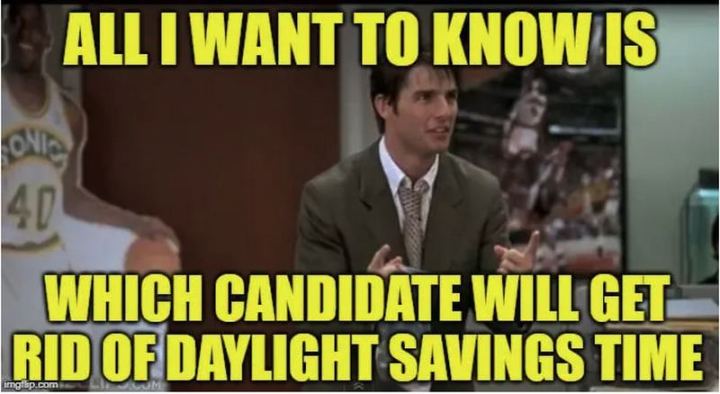 Daylight Savings Time Is Nearly Over, Everybody! 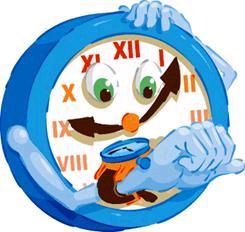 IT’S NOW TIME TO FALL BACK: Now where’d we put those damn instructions for changing the time on our new digital watch, the Microwave, and the dashboard clock in our cars? Our Quote for Today Committee likes Gary Shandling’s “I once made love for an hour and fifteen minutes, but it was on the night the clocks are set ahead.” But actually, as confusing as the reasons for Daylight Savings Time are, you shouldn’t forget Yogi Berra’s scientific explanation: “It gets late earlier out there.”

SPEAKING OF TELLING TIME: Our Campaign Countdown Clockwatcher tells us there are now only two more days of vile-and-Disgusting D-RAT Attack Ads until the polls open on Election Day 2022.

OUR LATE NIGHT JOKEWATCHER says “Liberals are asking us to give “Illegitimate Resident Joke Biden*” more time to explain. The Blower agrees and thinks 25-to-life would be appropriate.” 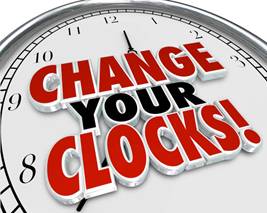 Another Improbable Interview by Bunky Tadwell
Everybody was really excited to set their clocks back tonight, and The Blower was trying to understand the logic behind this confusing event, so we sent Bunky Tadwell to interview Professor Homer Schnorer of the Grindle, Indiana Institute of Flora and Fauna. 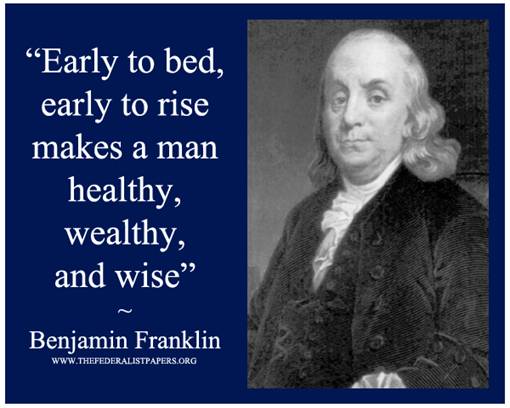 BT: Just what is Daylight Savings Time?
HS: It is what it is, the saving of daylight and time.
BT: Exactly how is it done?
HS: That was a problem when it was first proposed by Ben Franklin. He needed more time to light his invention, the Franklin Stove and more daylight to check out another one of his inventions, bi-focal glasses.
BT: He was a busy boy.
HS: Not too busy to cast his bread upon Colonial waters, if you know what I mean.
BT: I guess he would use more time but he wouldn’t need more daylight for that.
HS: The problem was…how to store the daylight and time. Spread too much daylight and one couldn’t sleep. And time was what kept everything from happening all at once. Stored in Mason jars and the daylight showed through the glass. And glass jars break too easily. To shorten the story, someone hit on the idea of metal barrels stored under ground.
BT: How’s that working out?
HS: Over the years, we’ve filled up almost all of the available space. And some barrels are leaking. Turns out daylight and time are corrosive. We’ve filled up most of Tasmania, empty land in Australia, all of the U.S., a large portion of Antarctica, Mongolia, and who knows where else.
BT: Sounds serious!
HS: Fortunately, we’ve found a solution…shoot the stuff into outer space. With any luck, the stuff will hit a black hole and disappear…like promises in Washington.
BT: That’s good news!
HS: The bad news is that since Obama shut down the space program, we have to borrow money from the Chinese to pay the Russians to do it for us.

Obviously, Bunky could’ve used an extra hour of rest to work on this Daylight Saving column.