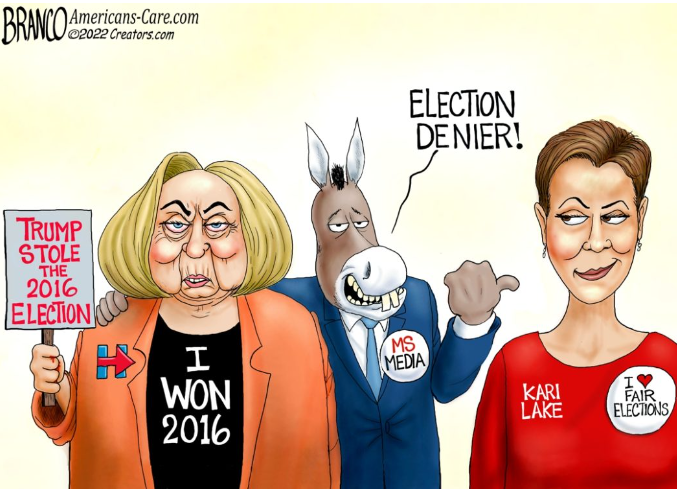 WEDNESDAY, OCTOBER 26, 2022
TRUMP’S SIX-HUNDRED-AND-FORTY-FOURTH DAY OUT-OF-OFFICE
AND MID-TERM ELECTIONS WILL BE HERE SOONER THAN YOU THINK 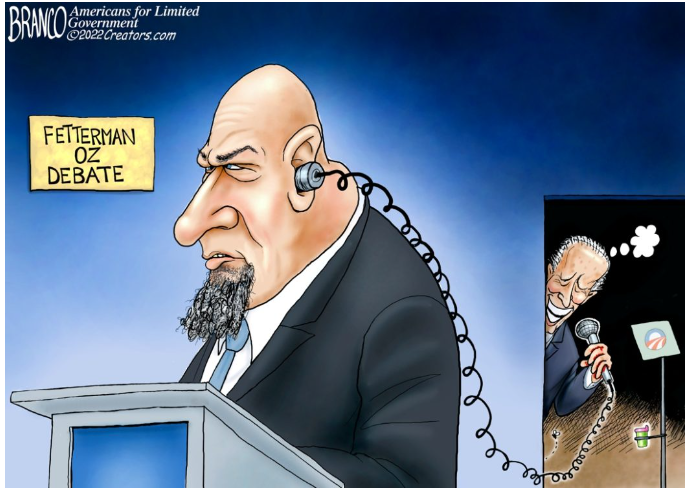 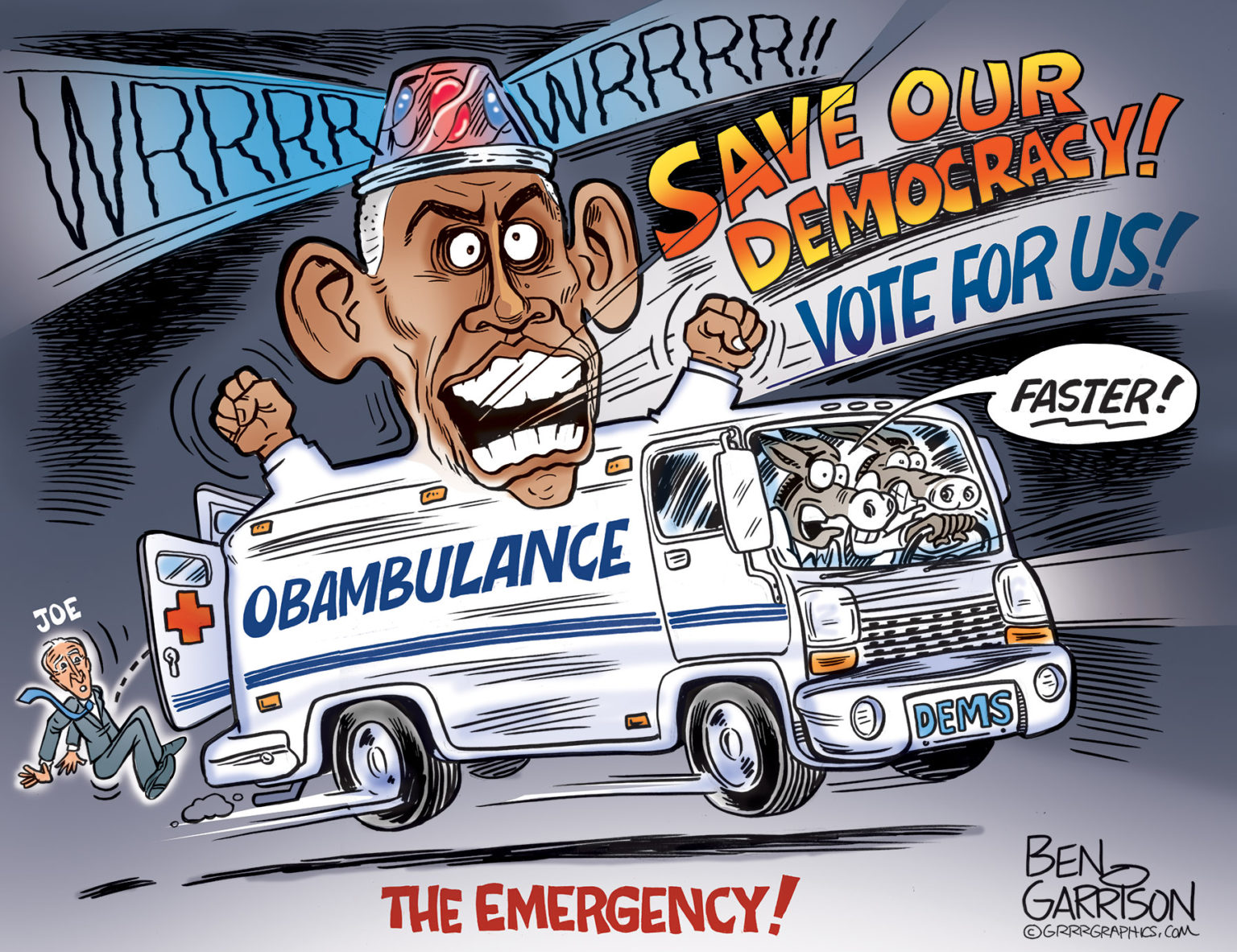 Epitomized by John Fetterman, the Democrat Party has had a collectivist stroke of sorts, but they still expect to win despite their disastrous incompetence.

Help from their dementia-suffering leader, Joe Biden, has not been welcomed by many of the Democrat candidates, even though Sleepy Joe seems to think he’s in demand and greatly popular. That’s how out of touch he is.

The Democrat Party is sick. They’re experiencing an emergency, so they called an ambulance. Actually, it’s an Obambulance. Barack Obama has replaced Biden as the Campaigner In Chief and the savior of the Party. It remains to be seen how much Obama can tip the midterm election scales in favor of his fellow Democrats. It might be too late. After all, many voters are fed up with the Donkey Party and the Marxist destruction of America, which gained much momentum thanks to Obama.

Obama was awarded the Nobel Peace Prize even though he kept America at war and droned a record amount of innocent people abroad. His administration was one of scandal, even though the Democrat corporate media say it was ‘scandal free.’ Obama promised the most transparent administration, but it was among the most suspicious and opaque. He used the FBI to spy on candidate, then president Trump. He attacked journalists who exposed his incompetence and corruption. He was behind the gun running false flag, ‘Fast and Furious,’ that resulted in the death of a Border Patrol Agent. He instructed Lois Lerner, then head of the IRS, to attack and audit conservative groups. (Biden now wants the IRS to attack the MAGA-minded).

Obama was supposed to represent the healing of race relations, but he did his best to racially divide Americans instead. Then there was the Solyndra scandal, which is being repeated today with the Democrats in power giving boondoggle money to green energy companies. Green companies that gave Biden a lot of campaign donations are now reaping their rewards.

Obama was there to kick off the ‘trans’ craze, maybe thanks to his wife, Big Mike. The ongoing push to sexually groom children in school has resulted in trans mania and endless pronouns. All thanks to Obama. Now we’re seeing the ghastly sexual mutilation of children, something both Obama and Biden fully support. Obama represents Democrat fatigue. His influence is on the wane, and even black voters are now fed up with the Democrats.

The Democrats say Biden was the most popular president ever elected. After all, he garnered far more votes than Obama somehow. That somehow came about by cheating. If the Democrats plan on stealing the midterms, they might not see the need to send out the Obambulance to rescue them.

The fact that they have is a good sign. As for Biden, he may as well remain in his basement in Delaware. 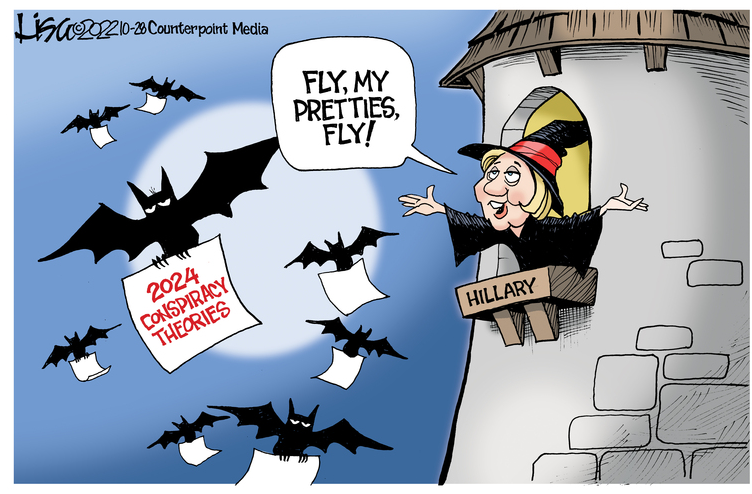 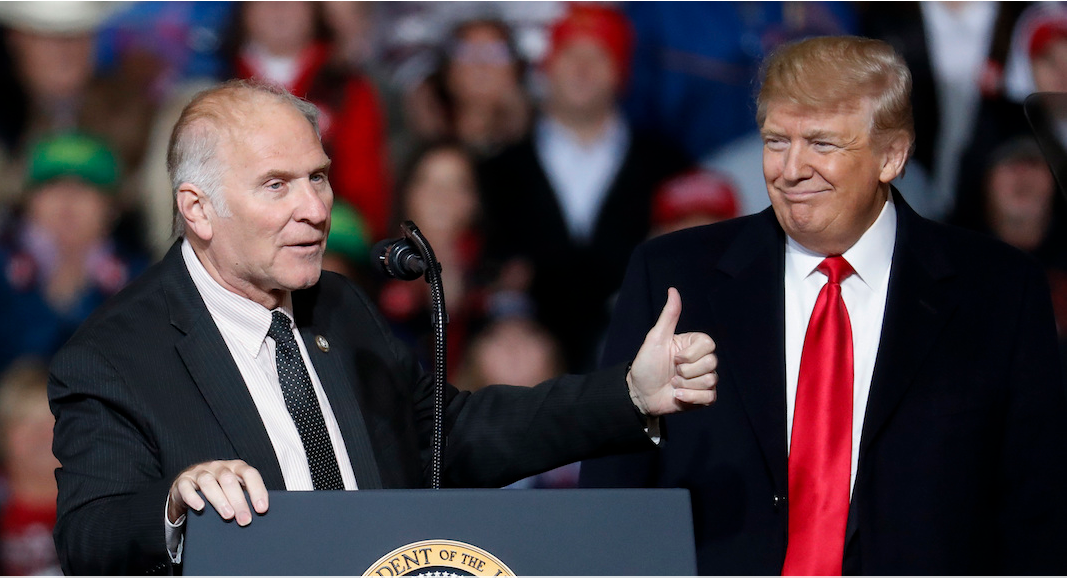 Foster Kane Says The Conservative Agenda is watching to see if any progress is made during the 11 DAYS BEFORE THIS YEAR’S MID-TERM ELECTIONS ON NOVEMBER 08 unless they’re postponed.