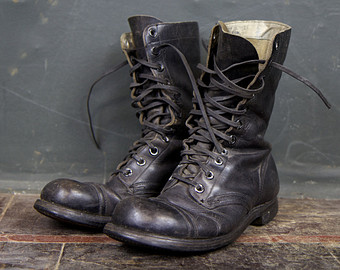 Thursday  afternoon at the Clermont County, Ohio,  Outpatient Clinic, sick, lazy, and lame veterans from all branches of the service were asking Beloved Whistleblower Publisher Charles Foster Kane why he was wearing his old U.S. Army combat boots. “Today is a very special day,” Kane explained. “According to my DD-214 Form, October 23 is exactly 58 years to the day I was released from military service.”

“What happened to the rest of your Army clothes?” Our Good Friend Bobby Leach asked. “Why aren’t you wearing any of them today?”