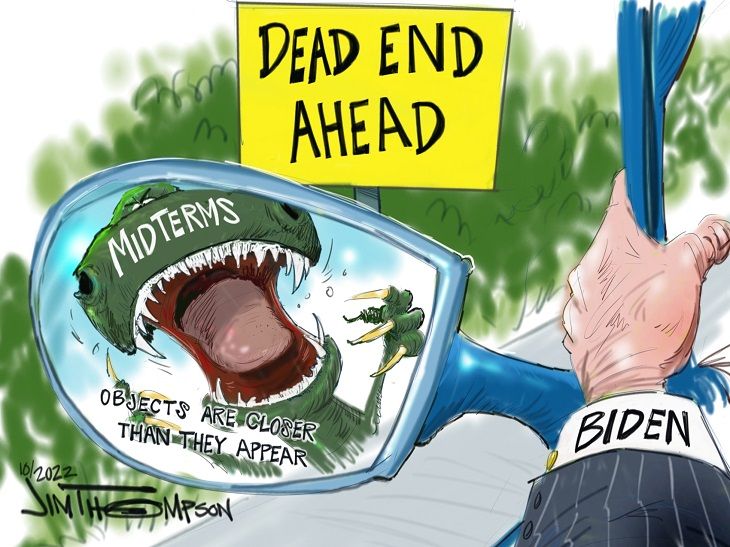 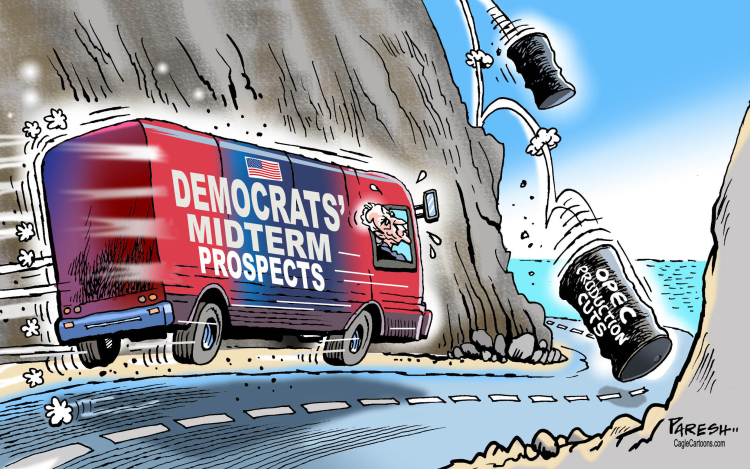 When Groomer School Boards Get C0onfronted 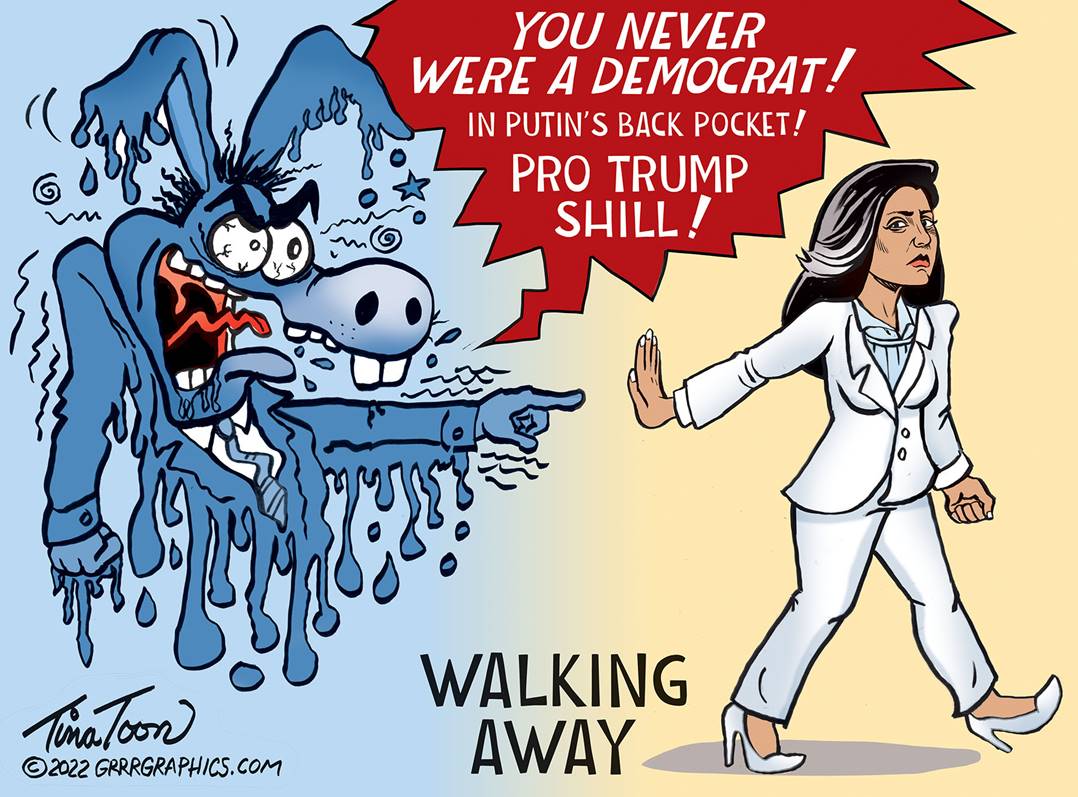 Former Congresswoman Tulsi Gabbard has walked away from the Democrat Party.

“I can no longer remain in today’s Democratic Party that is now under the complete control of an elitist cabal of warmongers driven by cowardly woke-ness, who divide us by racializing every issue while stoking anti-white racism, actively working to undermine our God-given freedoms, and are hostile to people of faith & spirituality,” she said.

She went on to say the Democrats “demonize the police & protect criminals at the expense of law-abiding Americans, believe in open borders, weaponize the national security state to go after political opponents, and above all, dragging us ever closer to nuclear war.”

The Democrats have chosen not to address those issues that caused Gabbard’s legitimate beef against the Democrats. Instead, they had a melt down and attacked Tulsi with Hillary’s lie that she’s a Putin operative. They said Hillary was right after all, even though Hillary has already been caught in the same huge lie when she said Trump was working for Putin.

Some Democrats have claimed she was never a Democrat from the get go. That too is a huge lie. Gabbard has a progressive voting record in Congress. She was also a member of the CFR as well a member of Klaus Schwab’s WEF young leaders organization. Tulsi supported Biden for president…not Trump. Still, the Democrats have swung toward a far, far, socialist green place that’s imbued with destructive insanity. Americans who refuse to go along are smeared as racist bigots. Now they are even called terrorists.

FIGHT THOUGHT CONTROL THROUGH SUPPORTING GRRRGRAPHICS HIGH IMPACT CARTOONS- WE DRAW FOR YOU! CLICK TO SUPPORT US AT SUBSCRIBESTAR A MONTHLY DONATION AT WHATEVER AMOUNT IS COMFORTABLE

Tulsi is a military veteran who served duty in Iraq. Calling her a traitor to her country is a terrible lie and insult. In a way, the Democrat Party left Tulsi, not vice versa. The Democrats have now left many fair-minded people in their party. Those people value traditional Democrat concepts such as peace, free speech, and civil rights. Those left in the party have become insane cult members. Don’t believe me? Read some of their tweets:

Tulsi Gabbard was once considered a great up-and-comer in the Democrat Party. She spoke at their convention. Pelosi praised her. Many thought she would run for president and she did, but at that point she had too much integrity to win. We at GrrrGraphics cannot agree with everything Tulsi believes in, but we are aligned with her anti-war stance. She believes in preserving our God-given rights. Good for her. We wish her well.

STOP THE CENSORSHIP OF  AMERICANS! SUPPORT OUR WORK WITH A PURCHASE VIEW THE GRRRSTORE

As for the Democrat Party, they will try extra hard to steal the upcoming midterm election. They must not succeed or it’s over. Americans will no longer have a recourse to stop the Democrat Party’s one-party tyrannical rule. 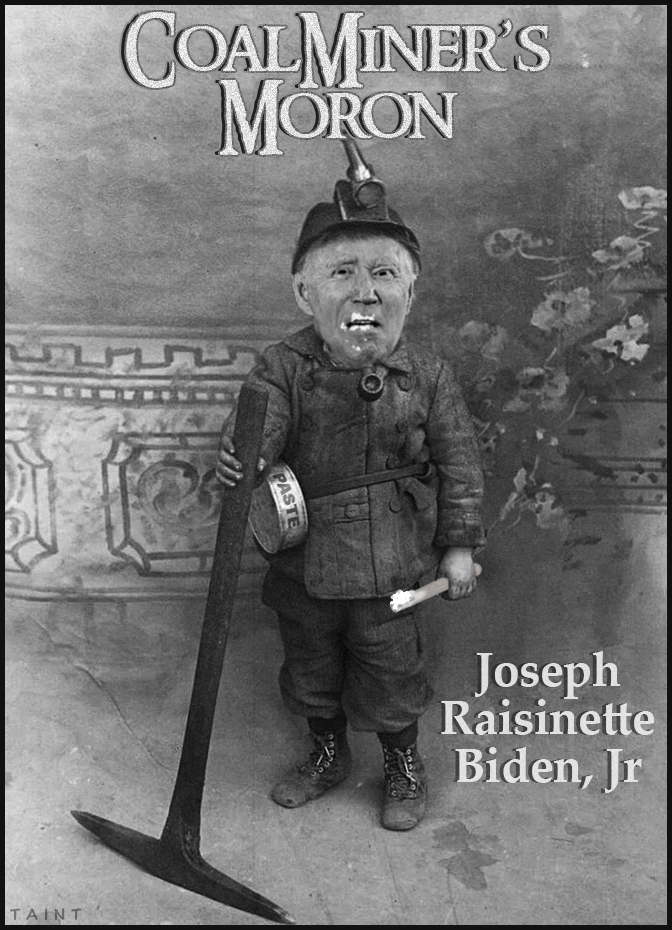 Foster Kane Says The Conservative Agenda is watching to see if any progress is made during the 26 DAYS BEFORE THIS YEAR’S MID-TERM ELECTIONS ON NOVEMBER 08 unless they’re postponed.