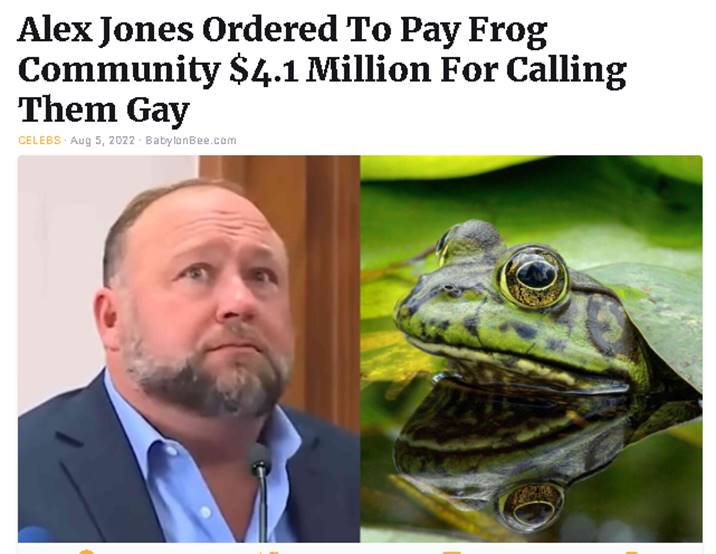 FRIDAY, AUGUST 04
TRUMP’S FIVE-HUNDRED-AND-SIXTY-FIRST-DAY OUT-OF-OFFICE
AND HERE’S SOMETHING YOU WON’T SEE ON THE NIGHTLY NEWS 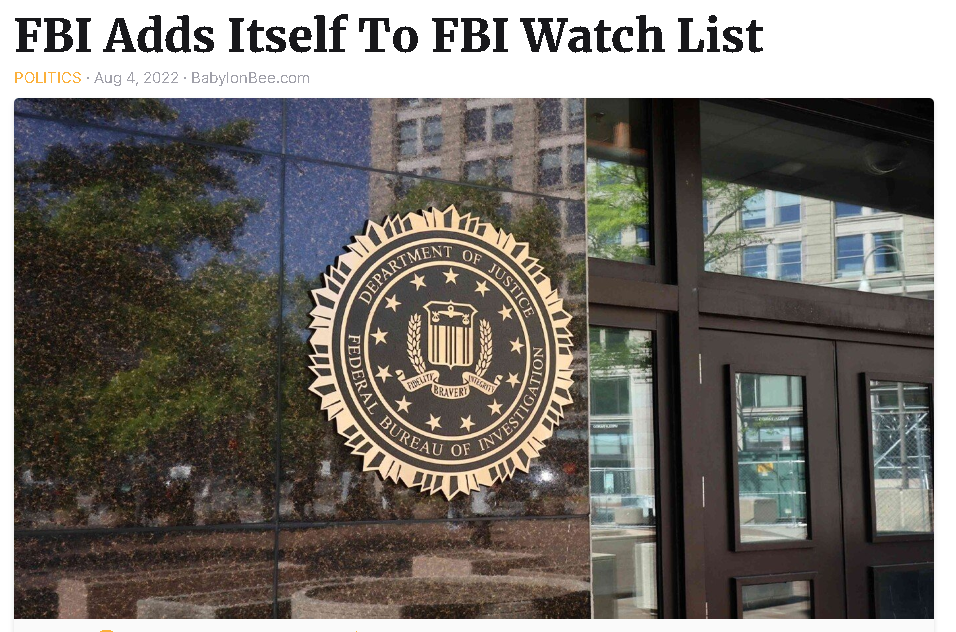 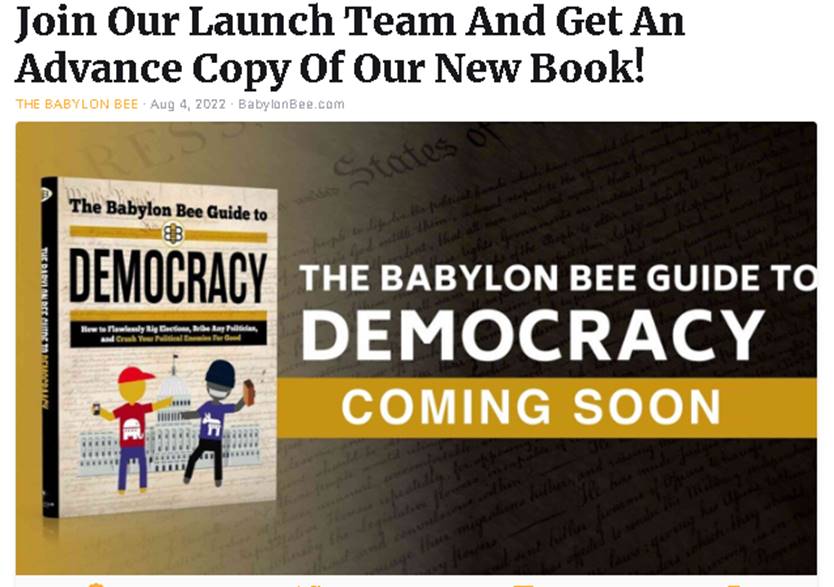 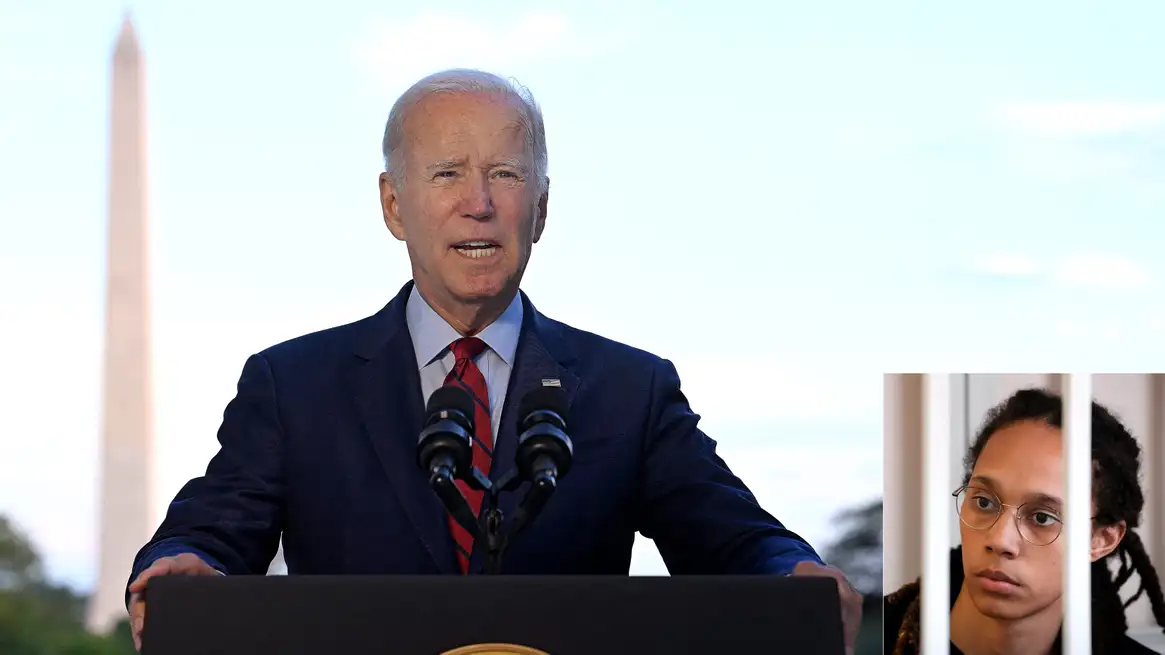 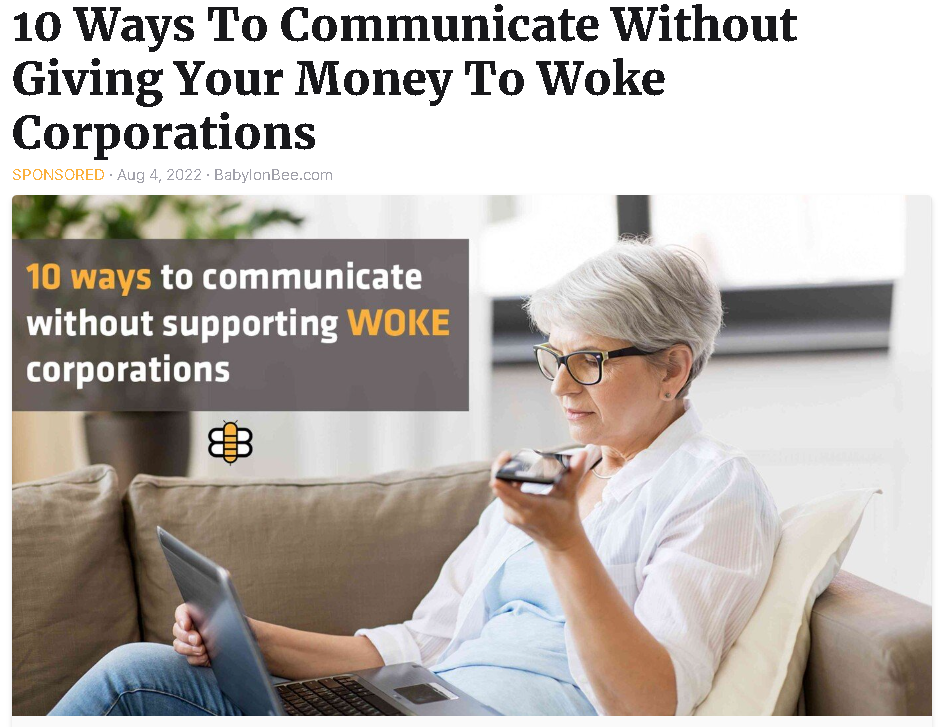 It seems like every telecommunications company in the world has gone WOKE!

How can you call your spouse or leave a voicemail for your grandma without supporting a woke corporation? Here are 10 surefire methods:

Well, there you have it! If none of these methods work, you could always start your own telecommunications company. Easy!

NOT SATIRE: Patriot Mobile, America’s ONLY Christian conservative wireless provider, is the ONLY alternative to woke mobile.

We deliver dependable nationwide wireless service to our members, which allows us to fight for our God-given rights and Christian conservative values. In 2022, we’re donating more than $2 million dollars to organizations that fight for our first amendment rights, second amendment rights, the sanctity of life, and our veterans and first responders.

Make the switch today to receive free activation (code: BABYLONBEE), nationwide dependable coverage, support from our 100% US-based team, and the peace of mind that your money is going to a company that LOVES God and this country. We’re actively working every day to support Christian conservative causes.

Learn more at www.patriotmobile.com/babylonbee or give us a call at 972-PATRIOT.

Foster Kane Says The Conservative Agenda is watching to see if any progress is made during the 96 DAYS BEFORE THIS YEAR’S MID-TERM ELECTIONS ON NOVEMBER 08 unless they’re postponed.