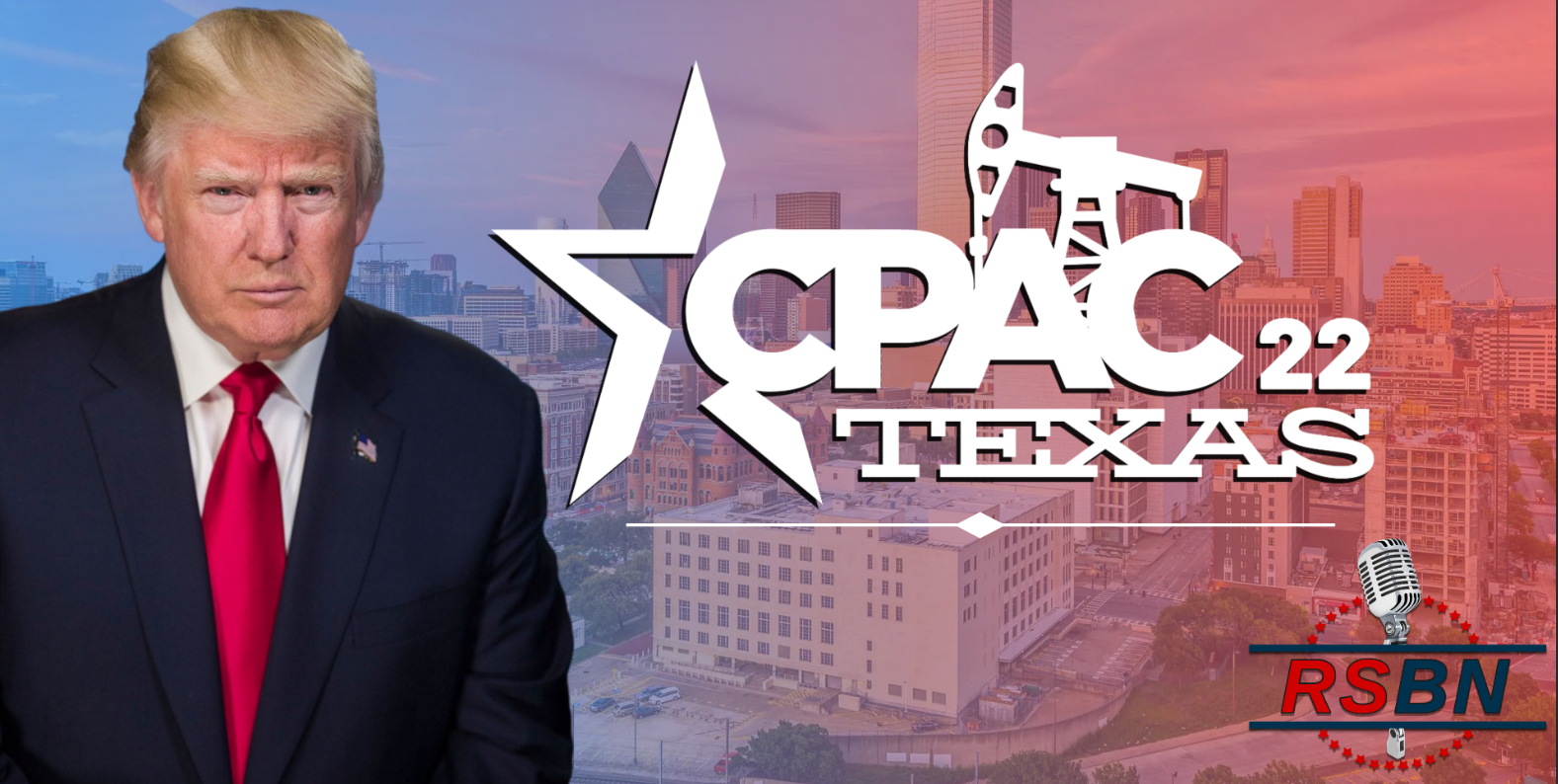 Edition #62 (published on August 6, 1991) of the original printed edition of The Whistleblower (not the Newswire) was delivered to Persons of Consequence all over town. It was our “Never Letting Facts Interfere With A Good Smear” Issue, and our Really Big Story was all about public access TV; Our Top Ten List listed the top ten reasons people in Cincinnati needed to see a psychiatrist. Plus there was a missing falcon report about Stealth, the Peregrine Falcon. There was also a story about homosexuals gathering on the halls of Cincinnati City Hall to sing Judy Garland songs and declare Mayor David Mann Tolerance Day. 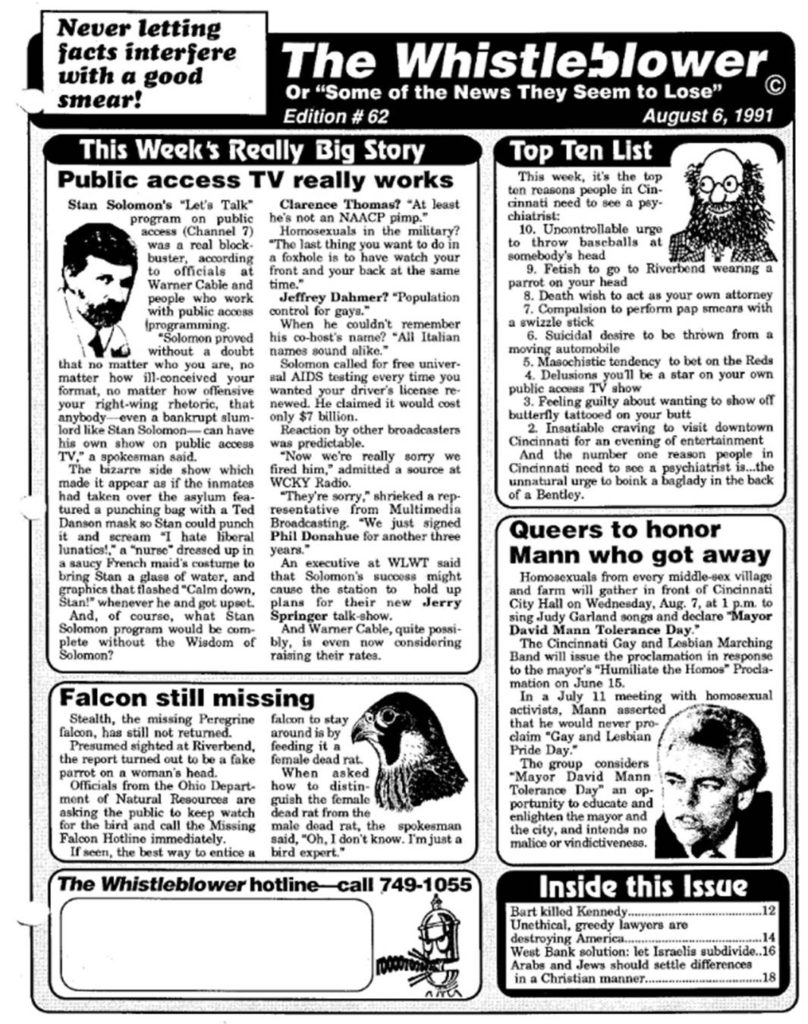 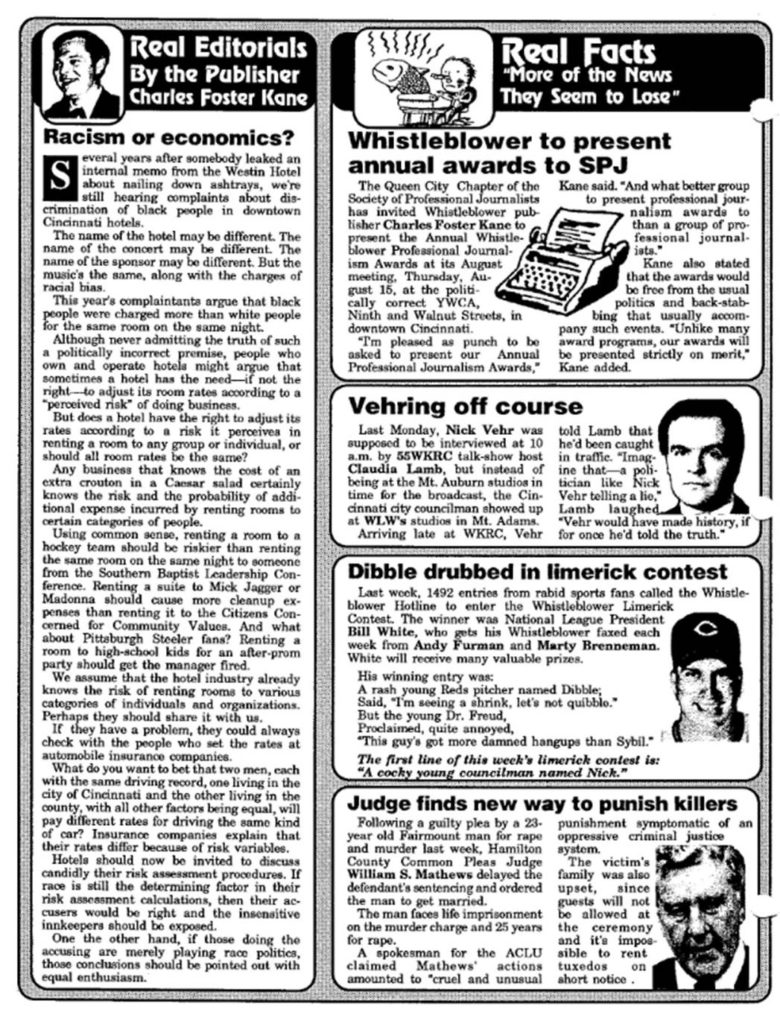 Page Three featured Cheap Shots at Jeffrey Corcoran and Mickey Esposito at the Hamilton County Courthouse, Martha Miller, Randy Ludlow, and Mary Linn White at the Cincinnati Post,  along with Landslide Charlie Luken in Congress. There was a promo for Whistleblower Publisher Charles Foster Kane’s appearance on a 55 WKRC Radio program, as well as also another Real Guest Editorial by Bunky Tadwell (this one was about term limits for elected officials). 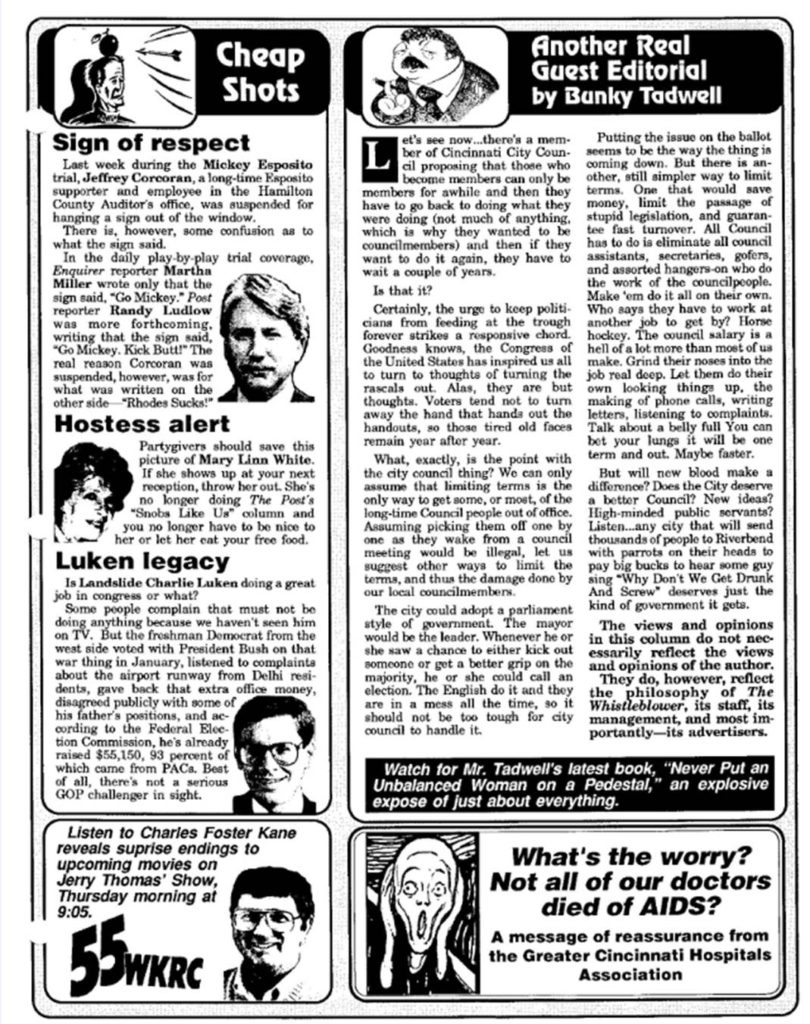 Page Four was for our regular weekly Real Letters From Real Readers column, and Another Exclusive Whistleblower Report featured a advice about what to tell your kids about Mickey Esposito. There was also an ad for the Downtown Council featuring Debra Richardson. 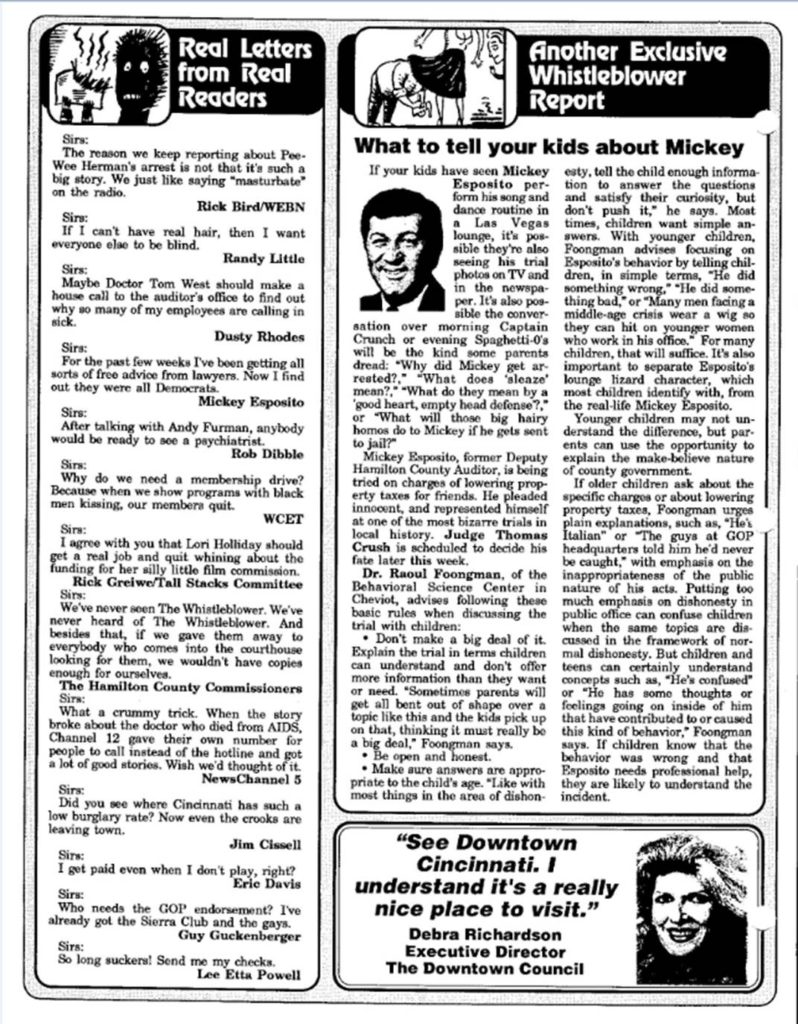 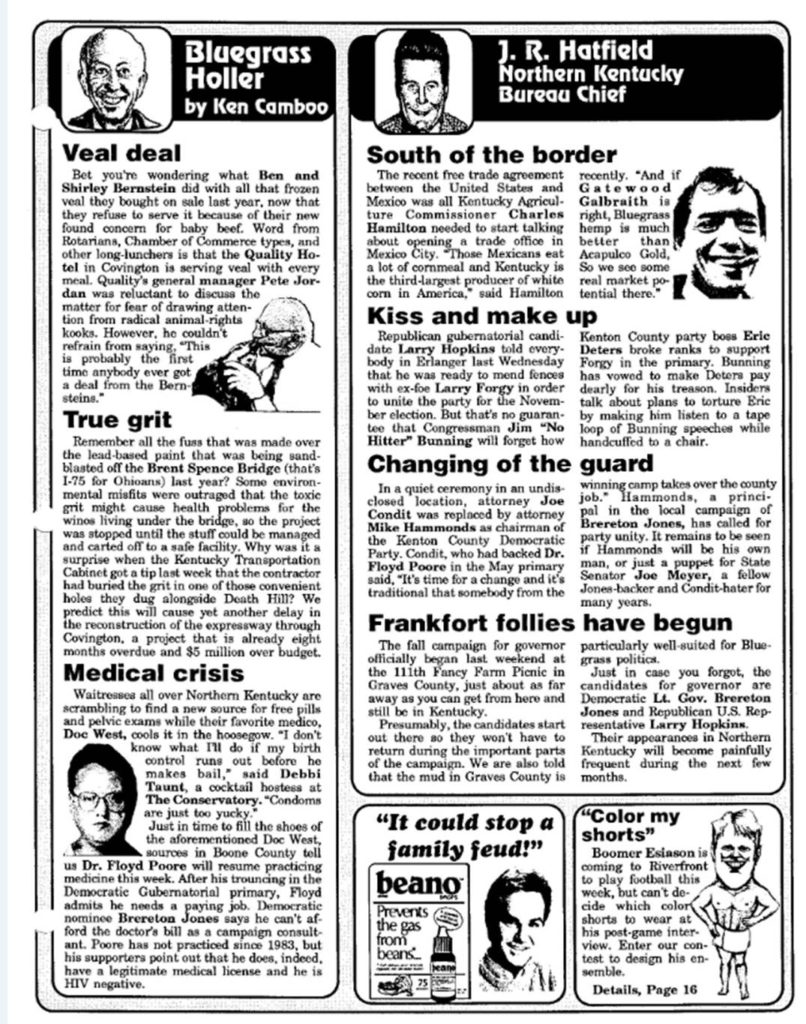 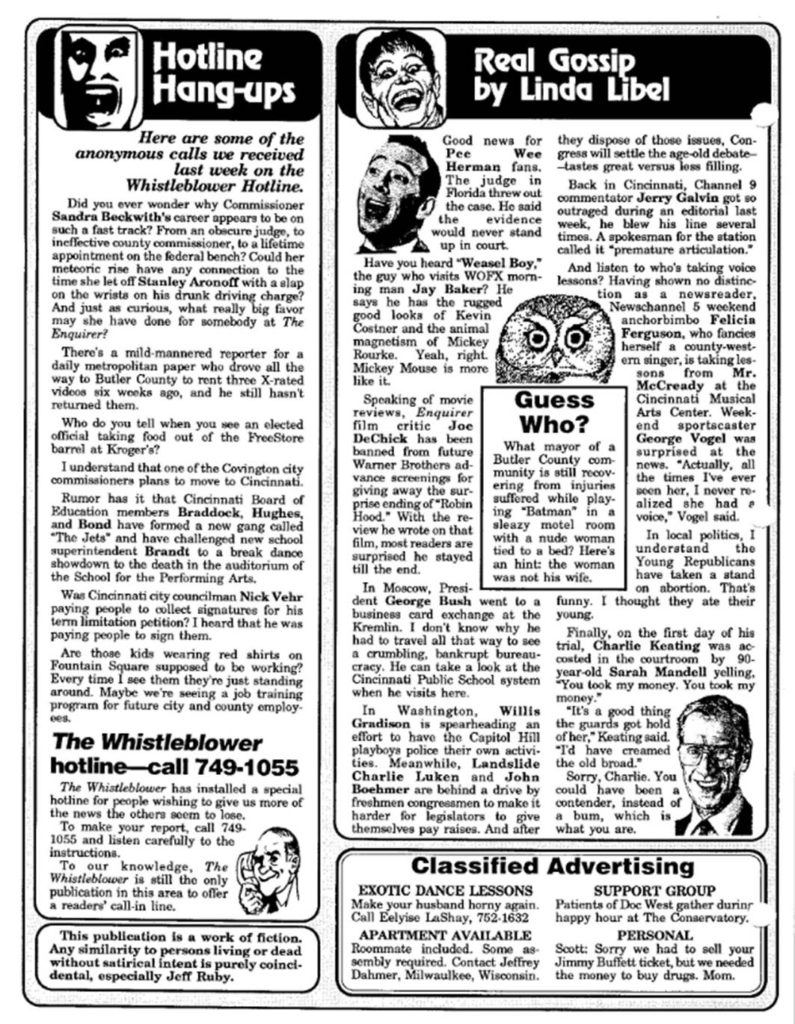